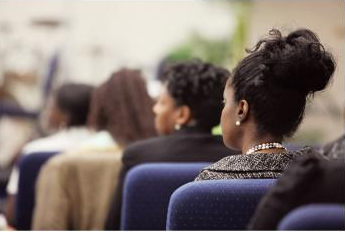 Concerned about recent events involving the death of black men killed by police in the U.S. and the killing of an Indigenous man in Canada, the Christian Reformed Church, through its Office of Race Relations together with other agencies and offices, has released a statement on the need for racial reconciliation.

“If we have learned anything from what happened in Ferguson, Mo. (where a black man was killed two years ago by police), it is that the world notices when the Church does not say anything, so it is our Christian witness that demands us to speak.”

As a result, she said, Colin Watson, the CRC’s director of ministries and administration, brought a statement to other leaders in the CRC, and they unanimously responded in the affirmative, agreeing that it should be released to the church.

Here is the Statement on Racism:

With deep sadness for recent violent events in the United States and Canada, we join others in grieving the deaths of Terence Crutcher, Colten Boushie. and many others across the world. These events, in light of our love for Christ, compel us to speak.

We recognize that we have remained silent about racial injustice and unjust actions in our nations all too frequently. Our silence on issues of race has been heard more clearly than our calls for reconciliation with God.

With this in mind, we encourage Christian Reformed pastors to preach from their pulpits—clearly and prophetically—about God’s call to be ministers of reconciliation, with hearts wide open, willing to sacrifice our pride for the sake of the gospel (2 Corinthians 5:11-6:10).

We confess that, like so many other denominations in North America, the Christian Reformed Church has a history of often finding our unity in our shared ethnicity rather than in Christ. We lament this sin, and encourage congregations to join us in committing to continue our learning about racism and its effects in our lives and societal structures.

We grieve the deaths of so many as the result of violence. We urge Christian Reformed congregations to pray for our police officers—for their safety and for them to be trained and equipped for responding in non-violent ways. We are grateful for these men and women who risk their safety and their lives, and we owe them our support as they seek to protect and serve.

Our Lord Jesus Christ understands being falsely accused, persecuted unjustly, beaten and killed. He is the one that we can go to for comfort when we—especially our family members of color—suffer from similar experiences. Jesus is also one who radically spoke up for those being mistreated, who turned over the tables of those seeking to profit in the temple instead of helping others, who welcomed the marginalized and told his followers to do the same.

Racism strikes at the heart of our discipleship. We invite Christian Reformed pastors to join us in answering God’s call to be ministers of reconciliation and peace, removing all barriers to the gospel message, including racism. In this way, we can better reflect the light of the love we have in Christ in a world that so desperately needs it.

We want this to be a conversation. We would love to hear from you about how God is at work in your congregation. We invite you to send us a prayer, a sermon, a litany, or something that happened in worship that struck you as profound related to this issue. It is our hope that we will continue to have these conversations as we seek justice and peace—together.

The staff of the CRC Office of Race Relations has compiled a list of resources to help with engaging the issue of racism in preaching and worship. We hope you find these resources to be helpful.