Sign up to receive social justice news, periodic Action Alerts, and/or updates from the Do Justice blog.

For over a half a century the Christian Reformed Church has worked with and ministered among refugees. Read stories of CRC congregations and members welcoming, helping to resettle, and being blessed by refugees in our Welcoming Refugees project here.

We remember that just like the child Jesus and his parents, millions of men, women and children around the world must flee because of violence, racial tension, religious bigotry and natural disasters. And we remember that God has much to say about welcoming in the stranger.

With this understanding, we engage in the hands-on work of resettling and befriending refugees in Canada and United States, but we also know that we must speak up alongside refugees to work for just policies.

To sponsor a refugee family in Canada, connect with World Renew. To get involved in the U.S. connect with our partner Bethany Christian Services.

This toolkit will help you work for justice with your refugee neighbours.

Check out resources and ideas in the World Refugee Day Toolkit.

Peace in a Time of Fear

Many refugees coming to North America from the Middle East are Muslims. Focused particularly on addressing anti-Muslim sentiment, this litany and prayer remind us of what it means to love our neighbors.

Advent Activities for the Refugee Crisis

Many of these Advent ideas for action and worship are appropriate all year round. These resources help us to worship not only with songs and litanies but also with our time and finances.

The Christian Reformed Church has a long history of helping refugees through both resettlement and advocacy. 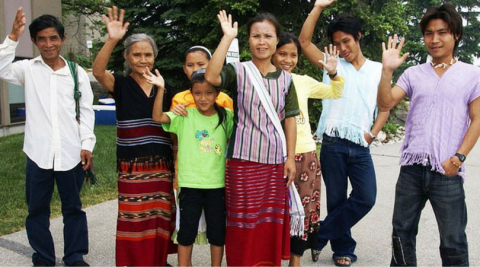 In the 1960s, CRC missionaries opened the Good Samaritan Refugee Center in Miami, Florida, to provide refugee families from Cuba with food and clothing. Supplies were donated by CRC members from all over North America and were sent to Florida through World Renew (then known as the Christian Reformed World Relief Committee).

During the 1970s, Christian Reformed churches started to get involved in refugee resettlement in the United States and Canada on a larger scale, welcoming individuals and families from Vietnam. In Canada, World Renew has been part of the Private Sponsorship of Refugees Program since its inception in 1979.

The CRC’s ministry of resettlement has continued ever since. Through World Renew and other Sponsorship Agreement Holders, CRCs in Canada have welcomed families from all over the world, including Cambodian refugees fleeing the Khmer Rouge in the 1980s, Karen refugees fleeing Thailand in the early 2000s, and, most recently, families from all over the Middle East, including Syria and Iraq. Similar waves of refugee resettlement have also taken place through Christian Reformed churches in the United States through a partnership with Bethany Christian Services. 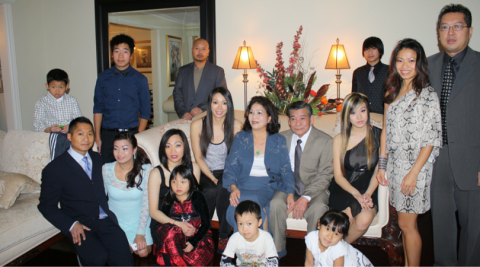 Here are just a few recent accounts from refugees and the Christian Reformed churches that welcomed them:

In December 2012, significant changes were made to Canada’s refugee system that began to make resettlement more difficult for various classes of refugees. These changes caught the attention of the Christian Reformed Centre for Public Dialogue and World Renew’s Refugee Resettlement Office. They observed diminishing refugee settlement rates; demanding new claim and appeal procedures; difficulties with a new “safe country” designation; and cuts to refugee health care that made vulnerable refugees more vulnerable yet. These CRC offices began to speak up about their concerns. Thankfully, there is hope that the changes that began in 2012 will be reversed. Links to two of the advocacy letters sent by these CRC offices to the Canadian government are provided below.

The theological underpinnings of the calling to welcome various kinds of immigrants were articulated in a report to Synod 2010 on “the issue of the migration of workers as it relates to the church’s ministries of inclusion, compassion, and hospitality” (Agenda for Synod 2010, pp. 536; see Acts of Synod 2007, p. 596).

In response to the report, synod adopted thirteen recommendations on areas including education and awareness, ministry of mercy and compassion, and justice and advocacy (see Acts of Synod 2010, pp. 875-79).

Synod calls CRC churches to take action in a variety of ways:

Christians should engage in thoughtful study and discussion of the economic, political, social, and spiritual issues involved in the church’s ministry with immigrant people. This can include the study of the 2010 Synodical Migration Report.

Following our scriptural calling to welcome the stranger, we demonstrate Christ’s love to the marginalized, offering assistance for needy immigrants and for their children in terms of financial assistance, food, clothing, and shelter.

We advocate for reforms to our immigration laws in the United States and Canada so that they may be fair, just, and equitable for immigrants, particularly for vulnerable populations such as refugees.

There has been a lot of ugly rhetoric about refugees in the past few years. In Canada, until recently, the national conversation was dominated by talk of “bogus refugees,” “queue jumpers,” and so-called “gold-plated health care” for refugees. In the United States, fear of Islamic State militants infiltrating the country disguised as refugees has led to a conversation without nuance and precision, full of broad statements about fear of Muslims and categorical grandstanding. We have often been guilty of scapegoating some of the most vulnerable people among us. We have often feared those who are perceived to be different from us, forgetting that every refugee--every one drowned in the Mediterranean, every refugee waiting for years and even decades in refugee camps, every person who is not able to return home because home has become a dangerous and unwelcoming place--is an image-bearer of God.

Fear of refugees is far from the biblical ethic of “philoxenia,” or love for the other. You don’t have to dig deep in Scripture to find God’s call to welcome the stranger--from warnings that the way that we treat strangers reveal the state of our relationship with God (Malachi 3:5), to the call to practice hospitality (Romans 12:13), to God’s oft-repeated refrain to the Israelites: “Love those who are foreigners, for you yourselves were foreigners in Egypt” (Deuteronomy 10:19). Jesus even said that when we welcome the stranger, we welcome him (Matthew 25)!

Jesus himself was a refugee, fleeing the violence of King Herod with his family for the unfamiliar landscape of Egypt (Matthew 2). When almighty God took on human flesh, he chose to come not as a king or as someone with worldly power, but as a vulnerable child who soon became a refugee. Can we see his face, his image, in the faces of refugees fleeing violence today? 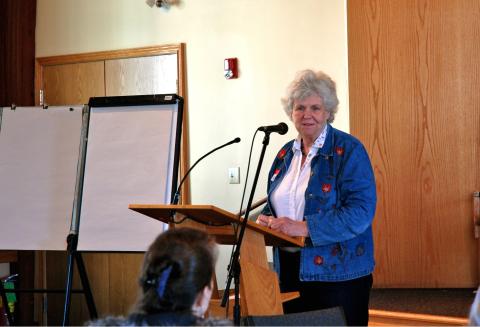 When communities come together to welcome refugees, we see a foretaste of the kingdom of God. Christian Reformed people have heard the call to welcome the stranger, and our churches have been leaders in refugee resettlement for decades. With this beautiful legacy, we must continue to create communities of compassion and welcome, and to speak up for policies of hospitality.

Restoration looks like Karen children (from Myanmar and Thailand) caroling in Washington, Albertan Christians orienting Vietnamese refugees to grocery shopping in their new home, a Sudanese woman teaching lessons about friendship over tea, and church members driving an Iraqi Muslim family to a doctor's appointment.

For decades now, CRC members have discovered the face of Christ among those seeking refuge—and the story continues. Read stories of CRC congregations and members all around the U.S. and Canada welcoming, helping to resettle, and being blessed by refugees in our Welcoming Refugees project!