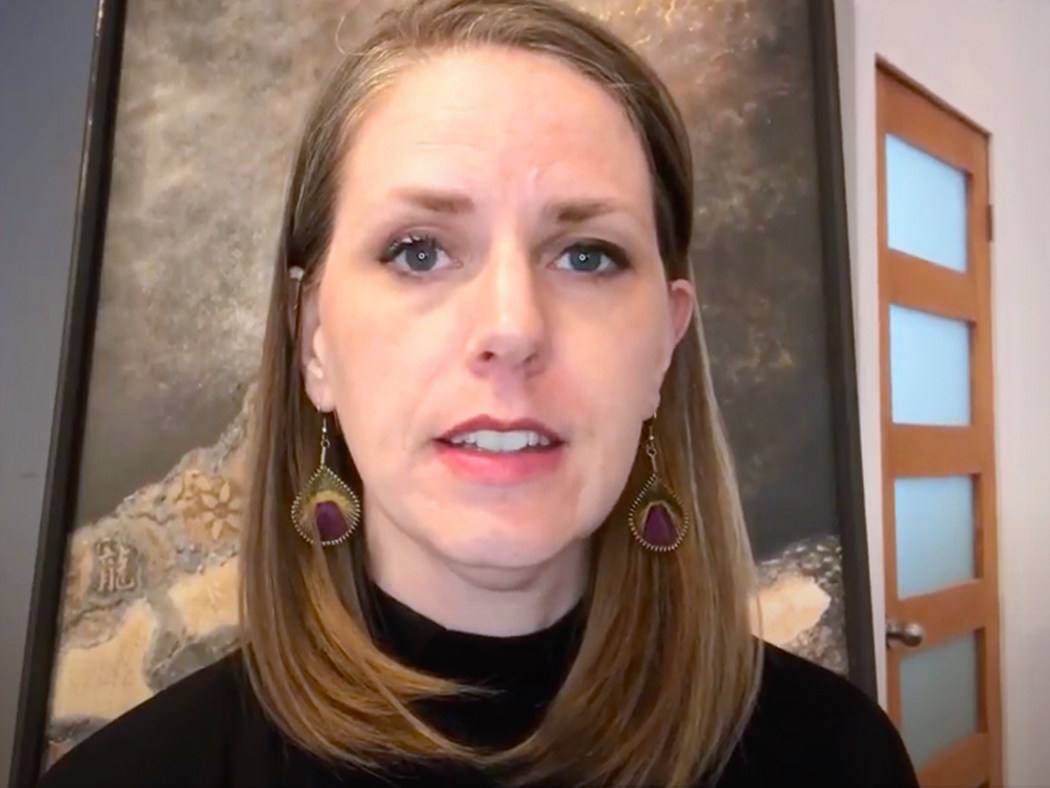 In a period of struggle and stress, some Christian Reformed congregations are relying on The Colossian Forum as a resource to help them address issues of human sexuality and other challenging topics.

Grounded in Scripture, the forum is inspired by the words of the apostle Paul in Colossians 1:17 about Jesus Christ: “He is before all things, and in him all things hold together.”

The CRC has worked closely over the last few years in suggesting congregations use The Colossian Forum, given its approach and helpful processes, to address tough things in tough times.

“We have developed practical, on-the-ground tools that pastors can rely on in their day-to-day ministries that deepen discipleship — not division,” said Michael Gulker, president of the forum.

Especially relevant now is the Study Report of the Committee to Articulate a Foundation-Laying Biblical Theology of Human Sexuality that will be addressed at Synod 2022. Although the synod is more than a year away, say CRCNA leaders, it is important that congregations take a look at and discuss the report.

To help churches do this, the CRCNA’s Pastor Church Resources (PCR) ministry has developed and recently released its Challenging Conversations toolkit, a resource designed to help small groups study and have meaningful conversations about the human sexuality report.

Meanwhile, PCR has suggested that churches consider turning to the Colossian Forum for resources to help them learn how to have fruitful conversations about potentially divisive issues, including the topic of human sexuality.

Sean Baker, a ministry consultant for Pastor Church Resources, said his office regularly recommends to churches, especially those seeking to resolve conflict, that they try the Colossian Way curriculum as a way to expand and enhance their capacity to make their way through tough conversations.

Whether talking about human sexuality or hot political topics or issues specific to a particular church or setting, said Baker, “the Colossian Way recognizes that to deal with differences well, we don't just need the right answers; we need the Holy Spirit to shape us into more mature disciples.”

Founded 10 years ago, the Colossian Forum offers a detailed, time-tested program “to help the body of Christ act Christian, especially in the face of conflict,” said Michael Gulker.

The forum began this work, he added, “because no matter the topic, we realized that well-meaning people on both sides of an issue who usually live otherwise holy lives would, in the heat of disagreements, act the opposite of holy, abandoning their Christian commitments in favor of defending their positions at any cost.”

They have found over time that “when people gather in the name of Jesus to practice [certain biblical principles], the Holy Spirit appears and brings forth new and fresh possibilities for healing relationships, strengthening Christian institutions and deepening spiritual intimacy,” said Gulker.

Here is a look at three CRC congregations that have used the Colossian Way as an approach toward learning how to speak in truth to one another.

Hurt and sorrow lingered for Heidi De Jonge when she left her previous congregation. Satisfied in serving as the pastor of Westside Fellowship for the past eight years, she nevertheless still has some difficult memories  of things that occurred in her first congregation after attending Calvin Theological Seminary.

Important conversations never took place, said De Jonge, and at that point she didn’t know about the Colossian Forum.

But when she decided in 2018 to enroll in the doctor of ministry program at Western Theological Seminary in Holland, Mich., she needed to come up with a topic to address in her dissertation.

Recalling her past congregation and how things turned out, but also realizing that Westside Fellowship could benefit, for its own reasons, she chose to examine how a congregation might be able to learn the skills needed to address and move through periods of having hard conversations.

And they did this with help from resources from the Colossian Forum.

“In order to become a church made up of people who are both able and willing to engage conflict well, we need to try new ways of engaging conflict,” De Jonge writes in her dissertation, “So the question that drove my research was this: How will the people of Westside Fellowship CRC, represented by a sample of its congregants, experience an intentional and extended difficult conversation?”

With this question in mind, she chose to use the Colossian Way curricula developed by the Colossian Forum. Gathering a handful of volunteers from her church into one group, they used material that helped them go through the process of learning how to have difficult conversations — in this case about human sexuality..

But the goal was to move through this topic, not to come to a conclusion or to determine where people stood on the matter, but to simply have the conversation “in a way,” said De Jonge, “that all voices in the group could be heard.”

It was a start; likely they will engage the topic more fully down the road.

“In this process, we built up our capacity to handle bigger things that can come up,” said De Jonge. “Discussion over the human sexuality report, for example, will be a crucial moment, and we decided to train well for it.”

After the group at Westside Fellowship held their series of conversations, they held a town hall meeting on Zoom during which participants spoke to other church members about what they had learned.

“The topic of same-sex attraction will be around for a long time and will be addressed in different ways. We learned skills to be stronger, so we don’t crack in difficult conversations in the future,” said one man who was part of the small group.

A woman who was part of the same group said she appreciated using the Colossian Way materials because they helped to guide participants as they went deeper into the topic and had the chance to speak their minds “without stepping on someone else’s toes.”

At the end of September last year, with 11 weeks to go before the 2020 presidential election and in the midst of the COVID-19 pandemic, LaGrave Avenue CRC gathered 17 members for conversations. They split into two Zoom groups on a 10-week journey into the areas of faith and politics, writes Mike Hoogeboom, director of pastoral care at the church, in a report to the church.

They didn’t go into the process alone; they relied on guidance from the Colossian Way curriculum for small groups.

Every meeting included prayer at the start, at the middle, and at the end, asking the Holy Spirit, “who had brought us together,” writes Hoogeboom, “to guide our hearts and minds as we discussed contentious topics like gun control, immigration, abortion, deception in politics, anger, Christians and party affiliation, and recreational marijuana legalization.”

It was tough going. Every week, participants were pulled apart — and not necessarily along progressive, moderate, or conservative lines.

When the conversations were finished, the political lines remained — but the intention of the meetings was not to change political distinctions. The goal was to allow people to speak their minds, and to do so in a manner that others could hear.

“The goal was to gather Christians together to practice spiritual disciplines while engaging in difficult topics. And in that process we grew in faith and witness,” said Hoogeboom.

Chris De Vos, executive pastor at Pillar Church, said the congregation has turned to Colossian Way resources to, among other things, help the church form a vision/mission statement.

Pillar Church has a long history in which members of the first congregation split in 1882, with one group leaving to join the Reformed Church in America and the other staying to become a CRC congregation.

Since 2012, however, the church has healed past grievances by becoming a dual affiliated church by  joining a CRC congregation and an RCA congregation together. Even so, there have still been tensions and the need to address differences at times — and the Pillar congregation has done so through the Colossian Forum, for which De Vos served for a period of time.

“I love the Colossian Way,” said De Vos. “It is a big tool to help you love one another across differences.”

Over the course of three years, Pillar ran six Colossian Way small group sessions to hash out and express differences on such topics as human sexuality and politics as well as formed an ongoing vision.

“The Colossian Way teaches us how to listen and care for one another, even if you disagree,” said De Vos.

Going through the Colossian Way, Pillar has formed a community, says material from the Colossian Way, whose goal is “to engage and love one another across differences” and has learned how to make hard decisions about its mission and to bring about healthy change and help the church grow.”

Norm Thomasma, former director of the CRC’s office of Pastor Church Resources, said he supports the Colossian Way because “it moves into taboo topics in a creative, constructive way that leads into a confidence . . . that we can be the resilient body of Christ going forward.”