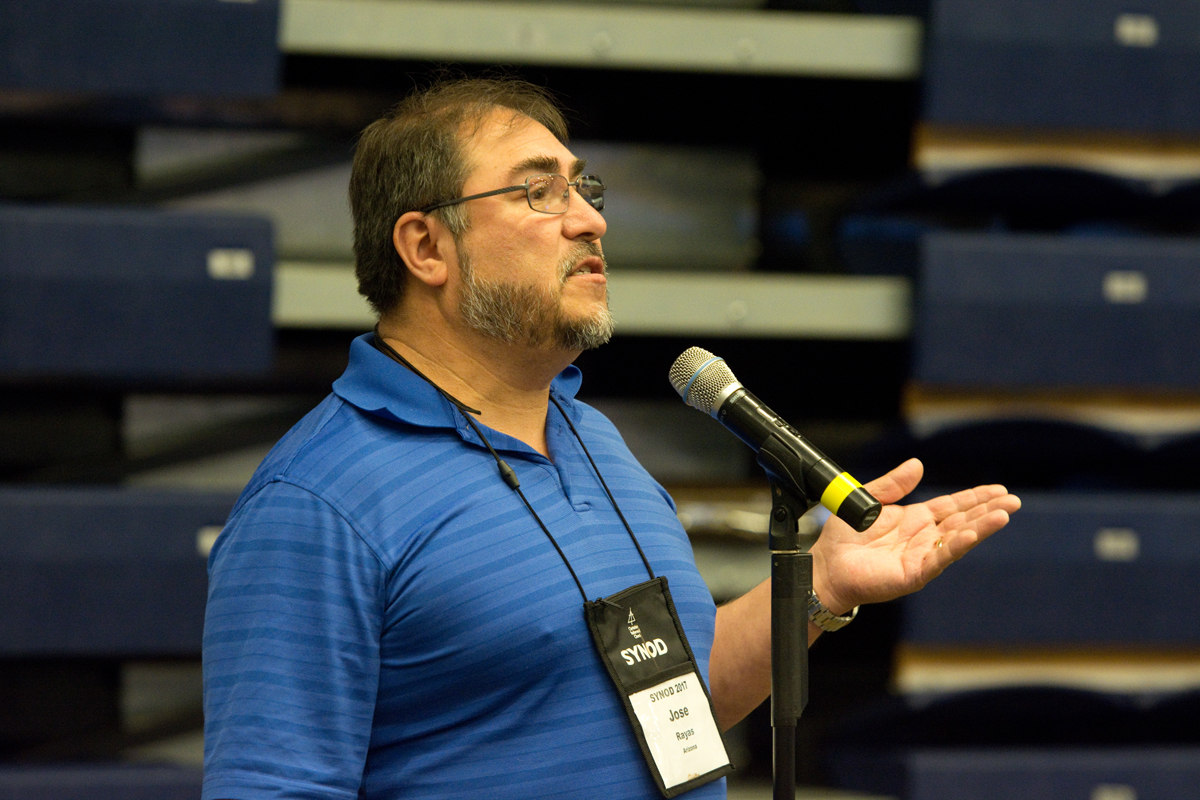 José Rayas, Classis Arizona: “For somebody to come in and throw things at the children robs the dignity of the family, of the fathers in being able to provide for their families.”

Synod 2017 denied a request from Operation Christmas Child (Samaritan’s Purse) to be included on the Christian Reformed Church’s list of accredited agencies for church offerings.

The organization had been recommended by the CRC Board of Trustees to synod for approval. However, staff from World Renew, Christian Reformed World Missions, and the Office of Social Justice later communicated that Operation Christmas Child’s approach is “not consistent with the approach followed by the CRCNA agencies.”

“We have seen negative impacts firsthand, or heard co-workers accounts when Operation Christmas Child shoeboxes filled with toys have inundated communities and displaced the efforts of local families to provide gifts to their children,” staff wrote in a letter to the advisory committee. “This practice also negatively impacts local, small, family-sized businesses that make or sell items that otherwise might be bought as gifts. This hits them especially during the Christmas season when much of their income is earned.”

Operation Christmas Child has distributed about 150 million shoeboxes filled with small toys and other items to children in over 160 countries since it began in 1993. The organization also leads children in a 12-week discipleship program.

But Debra Mead, Classis Holland, said she felt torn. She initiated collection of Operation Christmas Child boxes at her church and faithfully packed the boxes for many years, she said. But recently during her work on a denominational committee, she was “convicted that [the CRC agencies’] approach is more beneficial because of their ongoing relationship with the churches.”

John Klein-Geltink, Classis Chatham, agreed. He said that while programs like Operation Christmas Child can provide a hands-on opportunity to serve others, "sometimes a hands-on approach isn’t the best. Sometimes it is better to raise funds.”

Other delegates wondered if participation in a program like this perpetuated a system of paternalism.

“There is so much wrong with the idea that we as North Americans should be distributing gifts in boxes to other countries,” said Randy Kroll, Classis Lake Superior. “It seems paternalistic, costly, and not very effective in terms of ministry.”

The testimony of José Rayas, Classis Arizona, was perhaps the most personal of the statements. He said that he has experience doing community development work with communities near the Texas and Mexico border. He has seen the results that can happen when gifts in kind are unloaded in an impoverished community. “For somebody to come in and throw things at the children robs the dignity of the family,” he said. “There is honor and dignity in being able to provide for their own families.”

Arnold Depooter from Classis Quinte had a solution for churches that still want to do a hands-on family activity.  “We already have a shoebox program in Canada,” he quipped.  “It is called Ministry to Seafarers. If you want to make a shoebox, support us.”