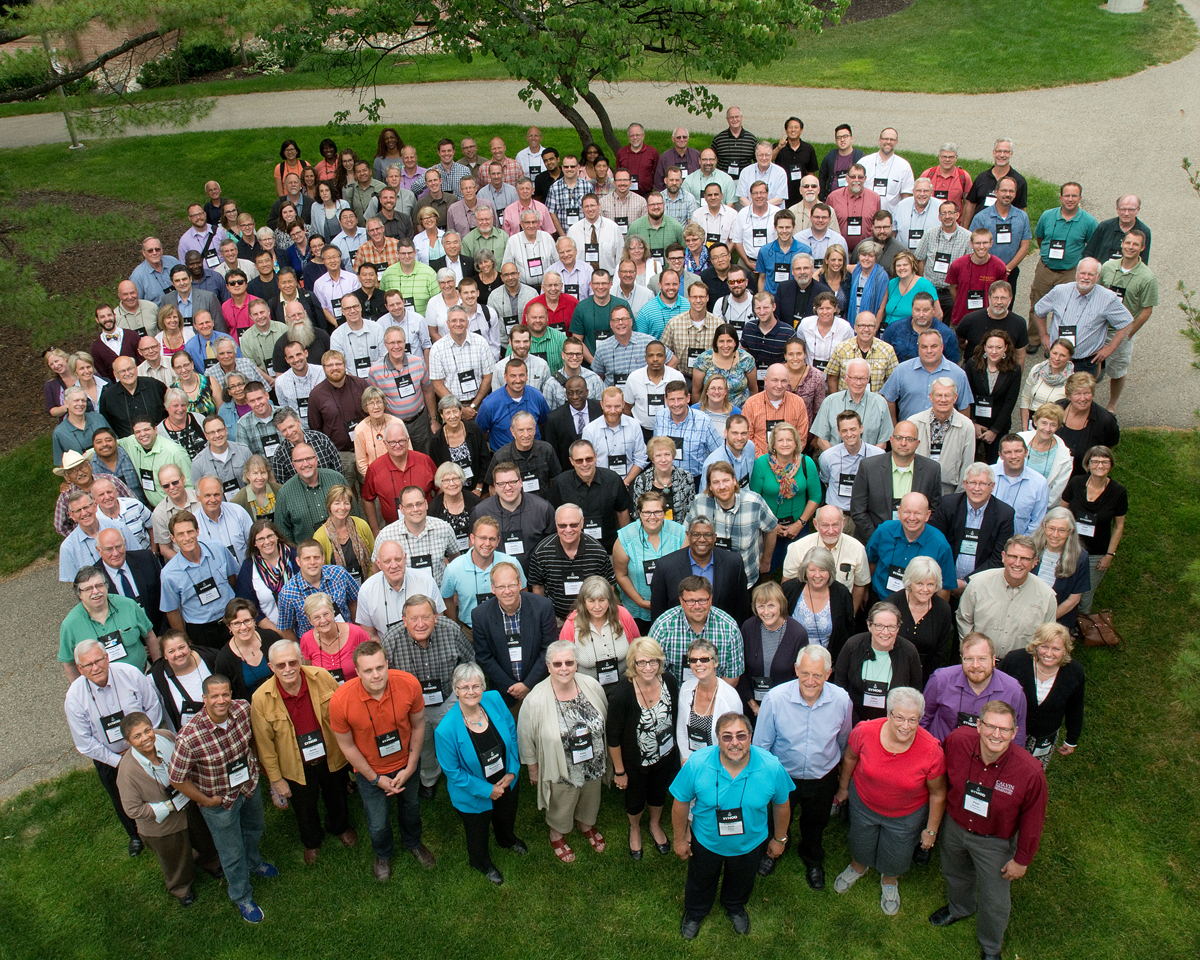 Delegates to Synod 2016 came from across North America.

Delegate after delegate lined up in the Calvin College Covenant Fine Arts Center last week to give impassioned speeches about the issue of same-sex marriage.

Many addressed biblical dimensions of the issue. Some offered stories full of pain. One delegate spoke of how he and his wife have struggled with having a daughter who is gay, while another mourned how LGBT people have been ostracized from her church.

After more than two hours of debate, delegates voted 110-71 in favor of more restrictive advice regarding how to respond pastorally to the legalization of same-sex marriage.

Synod advised churches and classes to invite, as much as possible, the presence and involvement of same-sex attracted members when dealing with matters that affect their lives and discipleship, but declined to establish a panel of LGBT advisers to synod.

In addition, synod appointed a committee that will spend five years researching and articulating “a foundation-laying biblical theology of human sexuality that pays particular attention to biblical conceptions of gender and sexuality.”

Another issue that sparked emotional debate was the Doctrine of Discovery study committee report that describes how European colonizers tried to choke out indigenous cultures in North America, beginning with papal edicts during the 1500s and persisting in subtle ways to the present day.

The doctrine was used to justify boarding schools for indigenous children in Canada and the U.S. and the report noted the trauma these schools caused by forcing students to turn their backs on their native cultures. Among the boarding schools was Rehoboth Christian School, a mission in Rehoboth, N.M. of the Christian Reformed Church.

In other actions, synod instructed the Christian Reformed Church’s Board of Trustees to evaluate and prioritize all denominational programs and ministries, “with the goal of reducing the institutional footprint.”

It also instructed the board to “re-imagine” the ministry-share system, including possibly changing the basis on which ministry shares are calculated.

Synod rejected a two percent increase in ministry shares proposed by the Board of Trustees as part of the budget for the coming fiscal year, on the grounds that it “does not wish to raise the ministry-share rate while our current ministries are under evaluation.”

Ministry shares are a per-member assessment requested from congregations to support the denomination’s shared ministries.

Synod also adopted recommendations in a study committee report that urged the CRC to take action and show support for those who are subjected to religious persecution or are denied religious freedom.

Although Synod 2016 is over, you can still visit the Synod 2016 site to read the stories, check out webcast recordings, photos, and the liveblog. Also, you can access documents for the agenda, reports, and more.