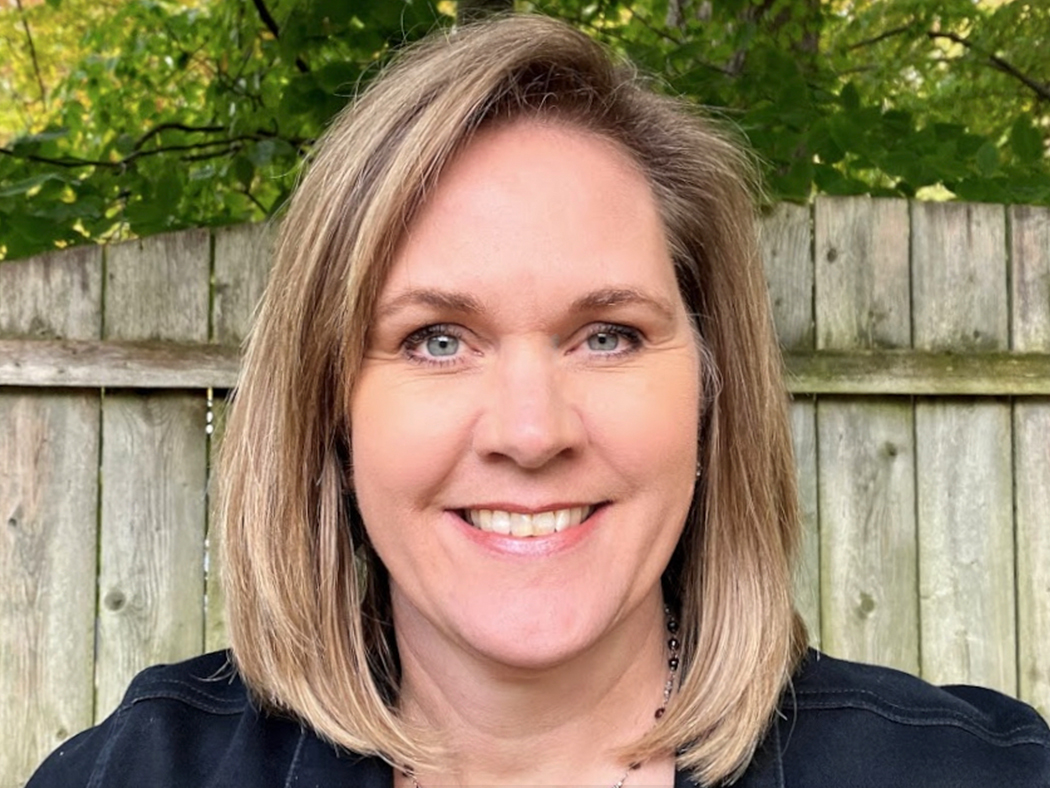 Growing up in London, Ont., in the Christian Reformed Church in a family that had several pastors, Elaine May has always loved the church and desired for God to use her to serve the church in some way, she said.

She envisioned herself becoming a church pastor as far back as her teens. But, given that the CRC didn’t ordain women as ministers at the time, she assumed she would answer that call from the Lord by being a pastor’s wife. “I thought my only option was to be involved in ministry as a support person — behind the scenes,” said May.

It turns out that she did marry a man, Greg, who earned a master of arts degree in theology with a concentration in leadership from Fuller Theological Seminary. But he didn’t become a pastor. Instead, he led organizational change initiatives in several companies across the country.

All the while, Elaine May — who was recently named Women’s Leadership Developer for Pastor Church Resources — served as a volunteer in ministry at churches their family attended.

“I helped to lead home groups and small groups and to build ministry programs,” said May, who had taken some theology classes while she and her husband were at Fuller. “I encouraged women to identify God’s unique calling for them and to clarify their contribution to his kingdom.”

Her success in those roles, especially in the settings of particular congregations with their various needs, helped to confirm her sense — a desire that never really quite left her — that she was called to be a pastor.

Then in 2011, when her family moved to West Michigan, May believed it was time to act. By then, the CRC had opened the office of minister of the Word to women.

Awarded a scholarship from an endowment for women in ministry, May enrolled in Calvin Theological Seminary to study for a master of divinity degree.

“Immediately it felt like a homecoming for me,” she said. “It felt right and good. I loved revisiting and studying the Reformed theology I had grown up with — and understanding it in a deeper way.”

Her father and her grandfather and an uncle were CRC pastors, and her whole upbringing was defined by the church, she said — praying at home, attending church, going to Christian schools.

Especially helpful in forming her missional vision for ministry, she said, was the example of her father, Rev. John Van Til, who served for many years as regional director in Central and Eastern Canada for Christian Reformed Home Missions (now part of Resonate Global Mission).

“My father always had a missional outlook to expand the mission of the church in Canada and the U.S.,” she said. “He was involved in encouraging the start of many churches, including Forest City Community Church,” a large congregation with satellite locations in London, Ont.

With this vision for expanding the work of the church in mind, May worked on her degree at Calvin Seminary. It was a busy time, being a mom of four children and a full-time student.

“I remember sitting on the sidelines while my kids played sports and reviewing my Greek and Hebrew flash cards” for seminary classes, she said.

Near the end of her studies at the seminary, she took an internship to lead in a pastoral role at Mayfair CRC in Grand Rapids, Mich. — a congregation that was without a pastor and thinking about closing — through the Church Renewal Lab.

“When I came to Mayfair, they already knew they had to do something,” she said. “In becoming part of the Church Renewal Lab, we had a vision for turning the church around and reaching the neighborhood in new ways.”

But as they moved forward, it became clear for various reasons that in order to survive as a viable ministry, Mayfair needed a partner church with whom it could merge.

That partner became Encounter Church of Kentwood, Mich., a CRC congregation in suburban Grand Rapids. Organized in 2017, Encounter has a fairly young membership of more than 230 people.

“We needed an infusion of young energy that could reach the neighborhood,” said May.

As the process unfolded, May let her church members know that “if the merger would happen, I would step down so that Mayfair could fully embrace its new identity as Encounter Fulton Heights.”

Mayfair decided in March 2020 to merge with Encounter. And as she left the church in the midst of the pandemic, said May, it was challenging for a while. She had grown to love the church and the people. But she had a strong sense that leading the church through the merger and then leaving was the right thing to do. She was confident that God would have new things in store for her.

“Although my faith was challenged for a time, I was soon in a place to trust God for my next ministry assignment,” which came when she saw the job opening that came about at Pastor Church Resources (PCR) after the retirement of Denise Posie in June.

Having faced her own challenges in becoming a woman in ministry, and having had a range of experiences in several churches, May quickly realized that she likely had the qualifications to serve as the Women’s Leadership Developer for the CRC.

So she began the interview process and was hired to the position.

“We’re excited to have Elaine join our PCR team,” said Lis Van Harten, director of Pastor Church Resources. “Her passion for encouraging, developing, and supporting women in all types of church leadership will serve the denomination well. I look forward to the good work in which Elaine will engage.”

Coming into her job, May knows that the women’s issue of serving as ministers has been difficult for churches in the denomination to face. When the CRC first allowed congregations to ordain women as ministers of the Word nearly 25 years ago, painful divisions arose.

The CRCNA currently holds the position that views opposing women’s ordination and those affirming it are equally valid biblical positions.

“I recall when families left the CRC over this issue. I remember a best friend’s family left to join another denomination,” said May. “I wrestled with this issue. Is it biblical — is God calling me to be a pastor?”

Realizing she had “both the experience and gifts to influence the mission of the church,” she said she felt called to pursue this new position. “I believe my life’s calling is to develop leaders to use their gifts for the flourishing of the church,” said May.

In her role, May is especially looking forward to next year when — during Synod 2021 — the CRC will recognize the 25th anniversary of women’s ordination. The anniversary will also be recognized next August at a pre-conference event at Inspire 2021, a binational conference bringing church leaders and volunteers together for prayer, presentations, and worship.

“I have the privilege of leading in the recognition of [this] 25th anniversary,” said May. “Synod 1995 acknowledged as brothers and sisters united in Christ that a matter of ecclesiastical order ought not to divide us.”

But there are divisions and May hopes the church can address them.

“Because of the tumultuous history of this issue, it’s one of the things people don’t want to talk about. But I’d like to see that change, and I’d like for us to find a renewed sense of unity and a commitment to release the gifts of the Holy Spirit in all of our members,” she said.