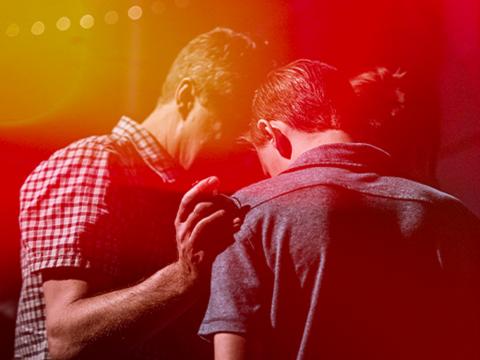 On Saturday, August 3, a 21-year-old white, male, gunman took the lives of what is now 22 people in a mall in El Paso, Tex., shortly after posting online a racist, anti-immigrant manifesto that expressed fears of a “Hispanic invasion of Texas.”

Within hours of the El Paso massacre, another gunman opened fire in a Dayton, Ohio nightclub, killing 9 people, most of whom were people of color. These mass shootings occurred in the same week as a shooting that took the lives of three people in Gilroy, California, by a 19-year-old white male found to have been engaged in online platforms of white supremacy1 , violence, and extremism.

As Christian Reformed people, we grieve this loss of life. We grieve the hatred and extremism behind these acts of violence. We, as God’s church and society, grieve that we’ve been unable to put a stop to mass shootings

What these shootings have in common is a fuel of false narratives that the gunmen were allowed to feed on. They were hearing stories about, connecting with communities that support, and believing in the idea that some people are less human than others, and that these “others’” lives are worth less. As long as this fuel is allowed to continue, senseless deaths will continue.

White supremacist acts of terror have been committed in the United States from its earliest days, at the hands of those most often radicalized on the margins or in secret. Today, these ideas have come into the mainstream, and have been espoused and amplified by people in leadership, even in the highest elected offices.

Words matter. Using dehumanizing and hateful speech when referring to immigrants, refugees, and people of color, fuels and affirms violent actions against them. And these words, especially when they come from people in leadership positions, greatly displease our God.

In the Old Testament, God was severe in his denouncement of kings who “did what was evil in the sight of the Lord” (1 Kings 15:25-26), which God ascribed to seventeen kings in the books of 1 and 2 Kings. The duties of Israel’s kings were to dispense justice and righteousness in the Lord’s kingdom. The Old Testament writers deftly contrasted the words and deeds of kings against God’s expectations.

In the New Testament, Jesus was the one true King of Israel who “did what was right in the eyes of the Lord” by fighting even his own people who chose to repeat the ways of the former kings. Our Lord cares about -- and holds accountable -- leaders who seek to use their office to label people as an “invasion,” and as “rapists,” “illegals,” “animals,” and less than human.

According to our God’s biblical standard for kings, leaders should use their offices to dispense justice and righteousness, and treat  all people as image-bearers of God. Though the U.S. President’s statement denouncing racism and white supremacy is much-needed, it does not go far enough. He has not acknowledged or taken responsibility for his own rhetoric that has  undoubtedly been part of this equation, and has been going on for years.

This is something that the Church should take very seriously. We know that words can fuel and affirm violent actions. Yet, all too often, we sit by and allow harmful words to be spoken, tweeted, and expressed without challenging them.

We are at a moral turning point. As Christian Reformed people, it is our job not only to preach the gospel of Christ, but to challenge false gospels in society. We are called not only to see all of humanity as image-bearers of God, but to also help others see the world in this way.

We encourage all members of the CRCNA to:

1 We are using the term “white supremacy” not just as a label for neo-nazis and members of groups such as the Klu Klux Klan, but as an umbrella term for what Jemar Tisby describes as “a concept that identifies white culture and white people as normal and superior--even if they claim people of color as their brothers and sisters in Christ.” (Tisby, Jemar. The Color of Compromise. Page 16. Grand Rapids: Zondervan, 2019. Print)

2 Kinism is a recent, though historically familiar, grassroots theological movement within some Reformed theological circles and churches that espouses that God has ordained for races to remain separate and that interracial marriage is a sin.