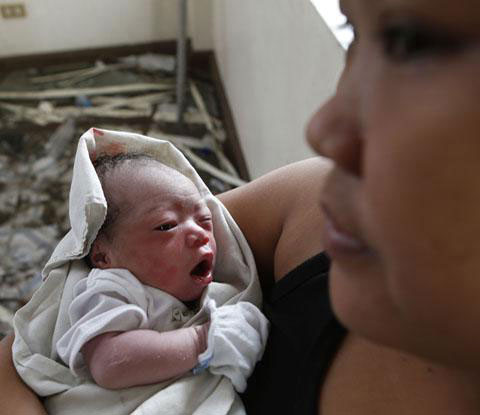 World Renew continues to respond to a massive typhoon that slammed into the central Philippines late last week, setting off landslides, destroying homes, knocking out infrastructure, and leaving millions of people in need.

World Renew is responding in cooperation with its local partners and the international network the Integral Alliance.

Initially, the government estimated that 10,000 people died as a result of the storm. But that number has dropped to between 2,000 and 2,500, according to CNN on Wednesday

Approximately  11.3 million people were affected by Typhoon Haiyan, and 673,000 people are displaced and homeless.

Typhoon Haiyan hit the Philippines on Friday, Nov. 8, battering and leveling entire communities and knocking out power over a widespread area.

Haiyan generated waves of up to five metres (16 feet) high that surged inland like a tsunami, destroying nearly everything in their path along huge stretches of coastline.

While the Philippines experiences 20 to 25 typhoons each year, Typhoon Haiyan was stronger and caused more extensive damage than any other storm in the world this year. Some say that it may be the most powerful typhoon to ever hit land.

Fortunately, due to disaster preparedness training, the loss of life wasn’t as great as it could have been.

Early warning systems alerted the government of the Philippines to the storm’s track and potential damage. As a result, 720,000 people were evacuated from their homes in advance of the storm. In addition, national and local governments used their disaster preparedness training to pre-position food packs, water and rescue operations.

Unfortunately, the available resources from the Philippines government are not adequate to meet the immediate and long-term needs of the affected population.

In addition, on the island of Bohol, people were still recovering from the 7.1 magnitude earthquake that took place on Oct. 15, 2013, and 350,000 people were still living in makeshift tents. These vulnerable families are now once again facing an unknown future with only the clothing on their backs.

World Renew is initially responding through the Christian Reformed Church in the Philippines and Philippine Relief and Development Services, to provide emergency food assistance, temporary shelter and hygiene kits to affected families in Panay, Leyte and Eastern Samar.

These efforts are primarily being coordinated with the Integral Alliance — a global network of 19 Christian disaster response & development organizations.

World Renew also hopes to move from this phase of emergency assistance to long-term recovery and rehabilitation programs in the Philippines. This could include home reconstruction or the restarting of businesses and livelihoods. The scale and duration of this response, however, will depend on the level of financial support we receive.

World Renew is seeking donations to help in the response effort.

Gifts made by Canadians between Nov. 9 and Dec. 9, 2013 will be matched 1:1 by the Canadian government.  Donations must be received by World Renew by Dec. 9 in order to qualify for the match.