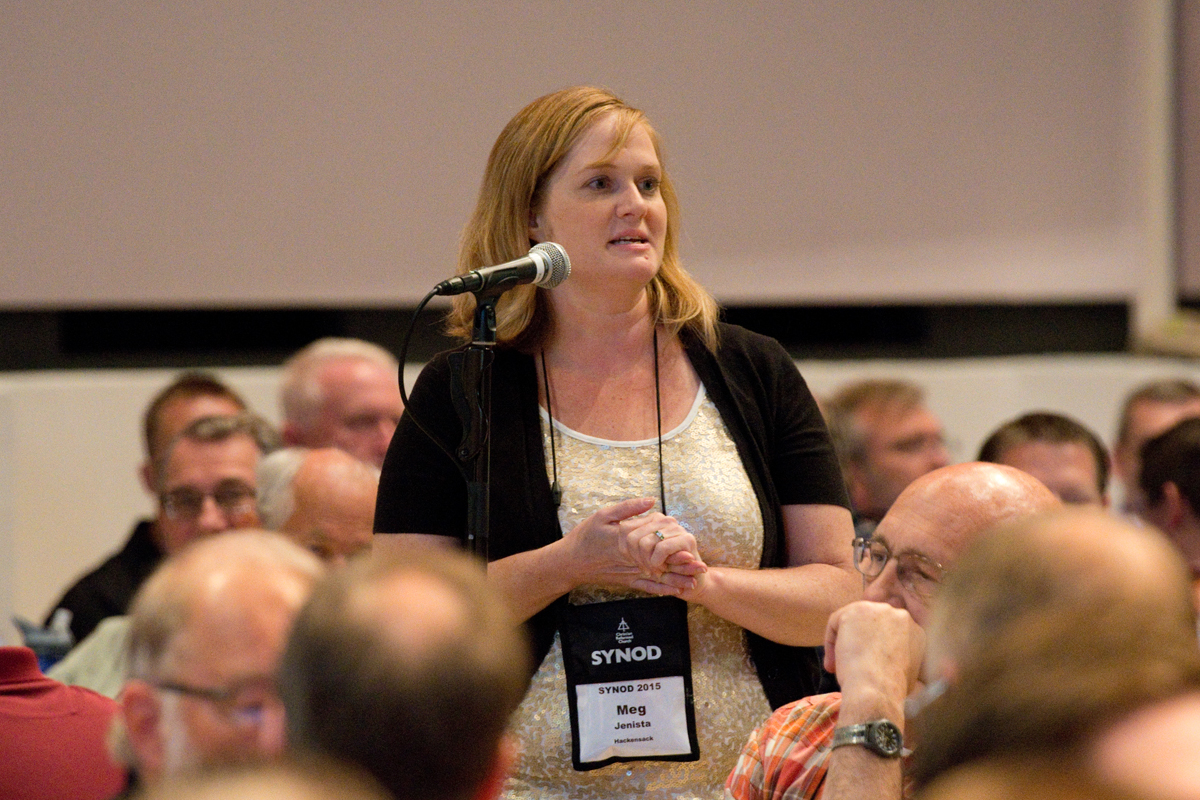 Between 12-15 people show up once a month in the back room of a restaurant in northeast Washington, D.C., to take part in a “pub theology” conversation on matters close to their hearts.

One discussion had to do with gentrification of their neighborhood; another dealt with the issue of whether the Confederate flag should come down across the South following the mass shooting at a Charleston, S.C., African Methodist Episcopal church.

And one of the discussions centered around the riots that broke out in late April in Baltimore after 25-year-old Freddie Gray died while in police custody, says Ellie Price, one of the organizers of the pub group.

To a large extent, says Price, the monthly pub theology meetings arose out of a sermon series presented this spring and summer at Washington DC CRC, where she and many of the others attending the gathering go to church.

The series was on the Belhar Confession, a document that addresses the sin of racism and its implications in today’s world.

Synod 2015 encouraged congregations in coming months to do what this church in the U.S. capitol is already doing — incorporate the Belhar’s themes into their discipling and liturgical ministries.

“In looking at issues in the Belhar and springboarding from that, we decided we wanted to meet and talk in an atmosphere that was more comfortable and relaxed than it might be over coffee on Sunday in the church,” said Price.

Rev. Meg Jenista, pastor of Washington DC CRC, said she attends the pub theology sessions and is happy to see that the group got the idea to gather and share what is on their minds from her sermon series on the Belhar.

In material she put together for the series, she says the Belhar Confession has its roots in the struggle against apartheid in South Africa.

But it has a much broader reach.

In preaching about the Belhar, she found members of her church responding favorably.

“The Belhar lands perfectly in our congregation. People in our church felt like it was ready for a document that gives them the language  to speak about what is important to us today,” she said.

“The Belhar translates belief into action, which we don’t have a great track record of in today’s culture. With the Belhar, we’re offered a significant opportunity for witnessing if we engage what this document has to teach us.”

Jenista says she supported Synod 2015, at which she was a delegate, when it encouraged CRC congregations to study and use the Belhar.

“I believe it is important; the Belhar needs more attention and discussion by CRC churches,” she says.

Synod 2012 had been asked, but failed, to make the Belhar another formal confession of the church. Instead, synod placed it in a special category known as an Ecumenical Faith Declaration.

“In some ways by making it an Ecumenical Faith Declaration and not a full confession of the church, we placed the Belhar in a kind of apartheid,” said Jenista.

Jenista says she is aware of the reluctance some CRC congregations might show if their pastor wanted to preach a series promoting the themes of the Belhar.

“I’m not sure how a sermon series on the Belhar would play out in other CRC congregations, but for us no one batted an eye,” said Jenista. “There was no push back.”

Members of her church, she says, tend to be active in the Washington political scene and have found that the Belhar allows a new generation of people to address contemporary issues in the context in which they find themselves living.

“The church needs to be seen as having important things to say about how we can live in good and true ways in today’s world,” she said.

In her sermon series, Jenstra addressed such topics as being a united and a divided church. She also preached about reconciliation and justice, about the “Glory of Christ,” “Glory in the Spirit,” and “God of the Weak.”

Early in the series, church members had the chance to walk forward during the service with pieces of cloth that were later sewn into one large, multi-colored unity banner shaped in the form of a church with a cross on top.

Ellie Price, one of the pub theology coordinators, says she appreciates the Belhar because of how it addresses structural issues causing conflict and problems such as poverty and violence in society.

“The Belhar deals with apartheid in South Africa, but it also forces me to ask what types of injustice am I condemning or taking part in depending on the actions I take or fail to take,” says Price, who works for a non-profit non-governmental agency in Washington, D.C.

In light of the move by Synod 2015 asking churches to consider using Belhar themes in their discipling and liturgical ministries, the CRC’s Faith Formation Ministries and Worship Ministries are currently in a process of looking at all of the existing materials that the denomination, and other denominations, have related to the Belhar Confession and working on a plan to encourage its use by more Christian Reformed congregations, says Rev. Shannon Jammal-Hollemans, who is managing the Faith Formation Ministries project.