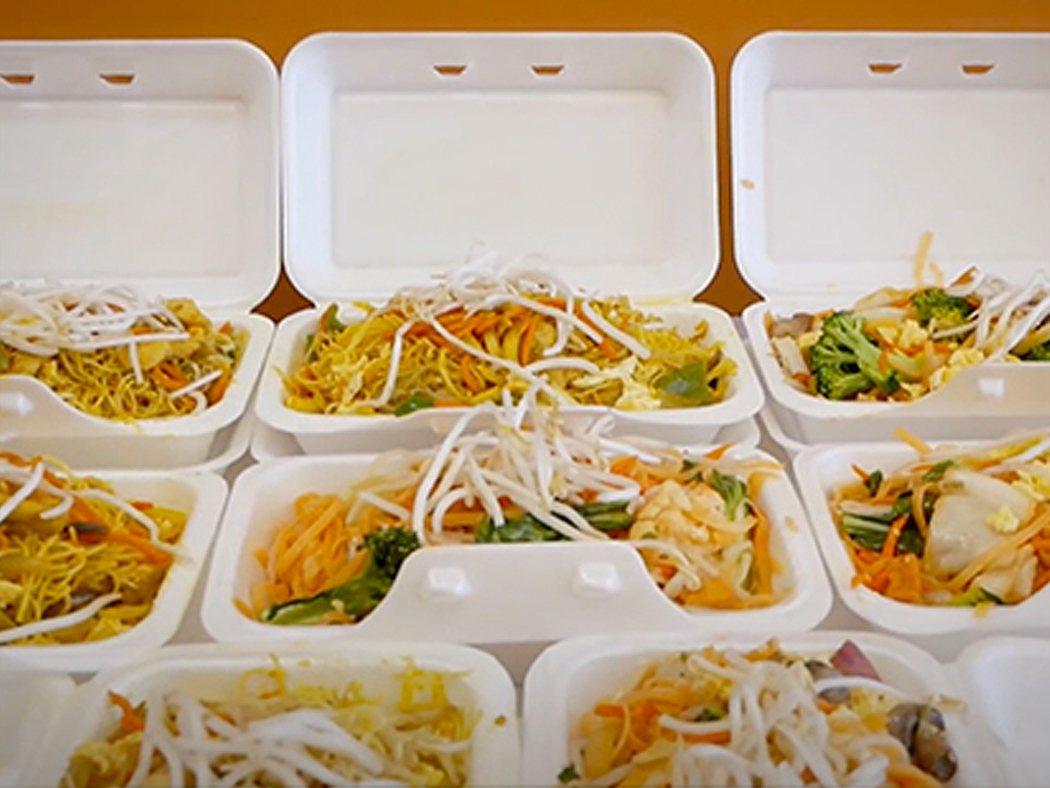 This article first appeared in Regent World (Regent College) Spring 2021 edition and has been reprinted with permission.

The tsunami of COVID-19 infections hit the world in the spring of 2020, opening doors for the churches to bear their neighbours’ burden. Amid the virus outbreaks in long-term care homes and the shutdown of family-owned businesses, opportunities to serve the community prevailed. Aligned with its calling to be “a tangible display of God’s renewing power,” New Westminster Christian Reformed Church (NWCRC) in British Columbia, Canada, embarked on the mission to restore dignity in the neighbourhood through a partnership with the community called “Triple Blessing”.

The foundation of “Triple Blessing” was relational, where the church sought to build capacity in the neighbourhood by partnering with the community to care for those most impacted by the pandemic. At the centre of this partnership is the church’s response to Jesus’ command to “love your neighbour as yourself”, Mark 12:31 (NIV). Leaning on the practice of discerning God’s calling through prayers, listening to the neighbours’ stories with curiosity, and identifying the church’s assets for service to others, NWCRC mobilized donations from its congregation and the community to buy boxed meals from local eateries for care home workers in the neighbourhood.

“Triple Blessing”was named to reflect the three-fold blessing it would bring:

Through community newspapers, social media, and the NWCRC website, people were invited to sponsor boxed meals that the church would buy from family-owned eateries for the frontline workers in the care homes. A video was also produced to promote the partnership. Donors were further encouraged to leave a note of appreciation to be sent along with each meal the workers would receive. The family-owned eateries who provided the meals were identified through referrals from the church and the donors. Care homes in the neighbourhood were facilities where some of the church members have received care. Churches in the neighbourhood were also invited to partner with NWCRC in the outreach. One church in the community, Westminster Bible Chapel, joined NWCRC a month into the partnership to help facilitate meal delivery to the care homes.

From April to July 2020, “Triple Blessing” received over $12,000 of donations. With the monetary gift from the community, 1043 meals were bought from six family-owned eateries for the frontline workers in eight care homes. Over fifteen weeks of community partnership, between 27 and 157 meals were served weekly. The outreach was celebrated with the congregation each week through video presentations and announcements during Sunday Service. Appreciation notes from the owners of the eateries and the care homes staff were posted in the church e-bulletin and website, together with photographs of the weekly outreach. The congregation also joined in prayers for the care homes during the service and throughout the week.

In the fall of 2020, three eateries were invited to share thoughts on their experiences in the “Triple Blessing” partnership. The feedback was provided through in-person meetings and email correspondence with the first author (Lee). The brief interviews with the eateries were conducted as part of the learning exchanges among a cohort of churches partnering with Regent College, B.C., to discover the church’s calling to promote the common good.

The owners of the eateries interviewed were immigrants from Japan, Singapore, Taiwan and Vietnam. They represented the diversity of culture and language in the NWCRC neighbourhood. The owners were not new immigrants; some have lived in Canada for over thirty years. Their integration into the Canadian society co-existed with the close ties they maintained with their cultural roots, as characterized by the ethnic cuisine and the name of the eateries. Such multiculturalism is also embedded in the mission and ministry priorities of the church to reach diverse populations and meet its neighbours’ needs in culturally meaningful ways.

Reflecting on their experiences in “Triple Blessing”, the owners felt blessed by the opportunity to show appreciation for frontline workers through meal preparation. They also spoke of being challenged when seeking to meet orders that exceeded their daily capacity to prepare meals, and they were greatly encouraged when they succeeded. The owners attributed this success to the strong support of family members, friends, and staff, who stepped up to help because they too wanted to bless the care home workers. The gift of time and care from the eateries reiterated the blessing of giving to others for the flourishing of creation in the economy of God.

A consistent response from the eateries regarding their partnership in “Triple Blessing” was gratitude. The owners were grateful for the financial and mental relief amid the pandemic, when the churches reached out to help the businesses stay afloat. They were also thankful for the churches’ support by mentioning the eateries in the appreciation notes accompanying the boxed meals, as well as in social media and the church website. Among the interviewees who were not acquainted with the Christian faith, they were both surprised and moved by the extent of the kindness they had received. One owner described the care as “unconditional,” and he was amazed by the immense love he had experienced. By coming alongside its neighbours to offer tangible support, the church has given the greater gift -God’s love- to those who are weary and seeking hope in the storms of life.

The blessing continued during the Christmas of 2020, with more boxed meals being sent from the eateries to the care home workers. “Triple Blessing” has brought the community together in caring for one another, connecting people at a time of social isolation and economic hardship. The partnership has also made a mark in NWCRC history, spurring the church on to live out its mission to be a tangible display of God’s love for the common good. This is our highest calling, to love God and to love His creation, bringing all things to Him.

Acknowledgements: Our thanks to Columbia Street Sandwich Company, Fraserview Meat and Tandoori House, Fusion Wok, Shiok Singapore Cuisine, Spring Garden Chinese Seafood Restaurant and Sushi-Q Café, for the tasty meals you have each provided to cheer on the care home workers during the pandemic. Special thanks to Fusion Wok, Shiok and Sushi-Q for taking time to share reflections on your partnership in “Triple Blessing”.