A Trip through the Reformation 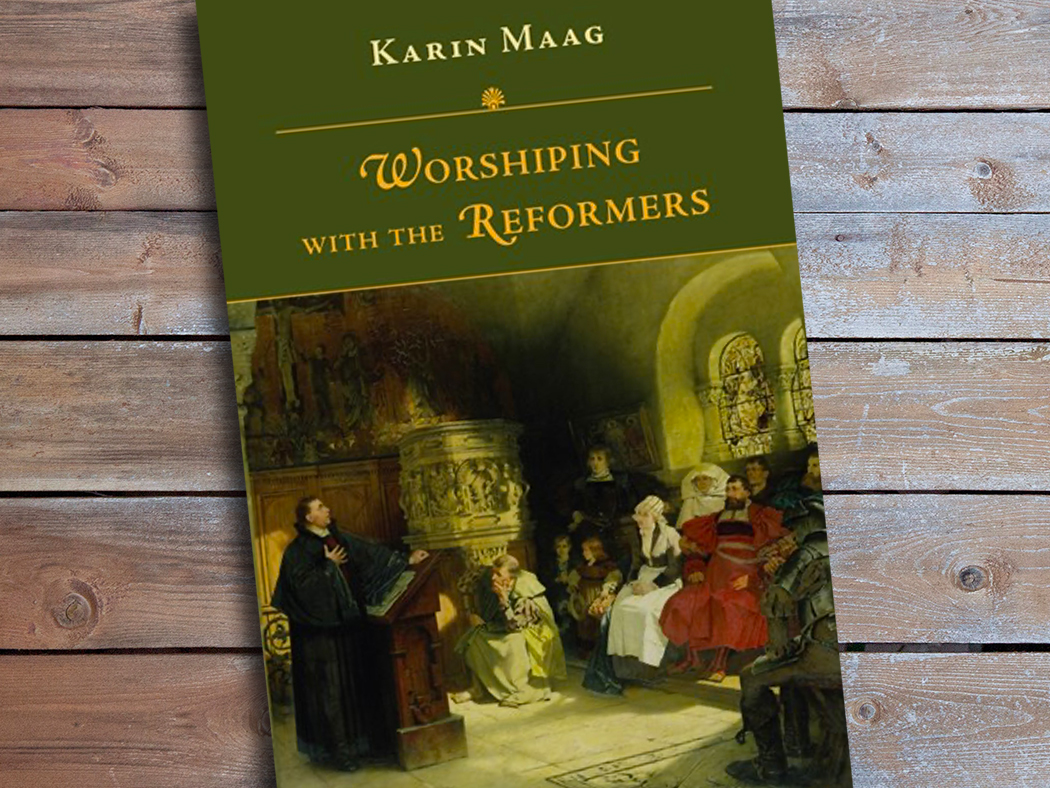 Francoise Pollier, a widow, was called before a local Reformed church consistory in Geneva, Switzerland, in August 1546 to explain why she persistently refused to take part in the Lord’s Supper.

As part of the examination, as was the custom in the early years of the Reformation, she was also asked — in a test of her faith — to recite the Lord’s Prayer, which was recited at least once during every service.

Given that she was a regular churchgoer, there should have been no problem getting through it, but she recited the prayer only so far and then stopped, recounts author Karin Maag in her new book, Worshiping with the Reformers,which serves as a companion volume to IVP (Intervarsity Press) Academic's Reformation Commentary on Scripture series.

In Pollier’s case, writes Maag in one of many illustrative vignettes sprinkled throughout the book, it wasn’t that she didn’t know the prayer but that she “understood only too well what the prayer meant, and that her personal circumstances prevented her from fulfilling the consistory’s request.”

Pollier couldn’t speak the words “And forgive us our sins, as we forgive those who sin against us” because she couldn’t forgive the people who had killed her brother.

Filled with much of the accumulated knowledge of an author who has spent many years studying the Reformation, this book brings the reader into the day-to-day and Sunday-to-Sunday activities of churches — Reformed, Catholic, Anglican, Lutheran, and Anabaptist — during the tumultuous years of the 16th century.

Although this is not necessarily a text examining the theology that led to the Protestant Reformation, theology does weave its way through the book. The stories especially provide an accessible, enjoyable look at what the church and worship were like — and why people acted and lived as they did — back in the 1500s.

For example, while the vignette of the woman who couldn’t say the Lord’s Prayer stemmed from a personal grievance, it also reflected a bigger issue, writes Maag:

“Indeed, this vignette offers a strong counterweight to the worries of people at the time and subsequently who felt that repetition of the Lord’s Prayer in communal worship services risked turning it into a quasi-magical or thoughtlessly parroted utterance.”

Maag is director of the H. Henry Meeter Center at Calvin University. She is also a professor of history. In a Zoom interview, she spoke of the wide-ranging nature of her book:

“I’m writing about the Reformation and what it looked like if you lived at the time,” she said. “What did you see, and what did you hear when you went to church?”

No doubt she had to do research in a variety of places, but a significant portion of what she needed — consistory minutes, sermons, diaries, and articles — were available in the Meeter Center, which has an international reputation for its collections of materials on the Reformation.

“I offer actual accounts from the times. I set the scene so readers can experience what worship was really like,” said Maag. “I also look at practices that are still carried out — like Why do we bless and sprinkle babies with water at baptism? or Why do some people want full immersion in water?”

From chapter to chapter, she dips into the ways in which different faith traditions discarded some practices and embraced others. For instance, many Reformed churches, when they moved into a new worship space once used by Catholics, removed statues and wall-paintings to which, they believed, Catholics prayed. At the same time, if a Lutheran congregation moved into the same building, it might leave the statues and frescoes intact.

The book includes a chapter detailing views of the Lord’s Supper from church to church, showing that some were closer in spirit and practice than others.

Some churches held the Lord’s Supper irregularly, believing it was a holy celebration that people should come to with deep reverence and preparation. Others, like the Roman Catholic church, celebrated the sacrament at every worship service, given that they viewed it as a necessary offering to build one’s faith and connection to God.

One chapter looks at bad behavior in church, meaning mostly chatting in the pews. Another chapter reviews uses of music and the visual arts, and another takes on prayer.

Then there is a chapter on preaching: while pastors tended to go long, many people in the pews preferred shorter messages.

In Reformed churches, the pulpit and not the altar became the focal point of communal worship because, above anything else, the Word as proclaimed in the Bible was of utmost importance, and a trained preacher was needed to interpret it for the people.

Even so, the arrangement between a pastor and the people could be testy, as Maag notes in her book:

“On the one hand, preachers saw themselves as proclaimers and interpreters of God’s Word. Their sermons were meant to teach, admonish, console, and warn.

“On the other hand, their hearers also had their own ideas about what constituted an appropriate sermon, and they pushed back when they felt their preachers were not teaching true doctrine or were taking undue advantage of the pulpit’s near monopoly of authorized public discourse.”

Who sat where in a church was also an issue at times. The prevailing social hierarchy was often reflected in church seating: people with the most money and resources had their own seats, often up front. In fact, in some circumstances, pew rental was the way churches raised funds, said Maag.

The book also talks about how marriages were performed, the ways burials were conducted, the significance of the church graveyard, and the overall sense of the church, even with its flaws and turmoil, being a safe haven in which God’s people can come to him in worship and prayer.

Maag writes: “Worship in church shaped the religious life of early modern Christians. Week by week, they gathered to pray, to hear God’s Word, and to participate in the sacraments, but also to come together to mark key moments in a person’s life. . . .”

Using her skill and knowledge of the Reformation, and with a flair for clear writing, Maag takes the reader on a historic journey, leading us through some troubling times and yet showing us how the church we know today was formed.

Going to church is familiar for many of us, but the roots of our worship practices and even what they mean can often escape us — we need a book like this to remind us of the dynamic grace that has formed our faith and how we worship.