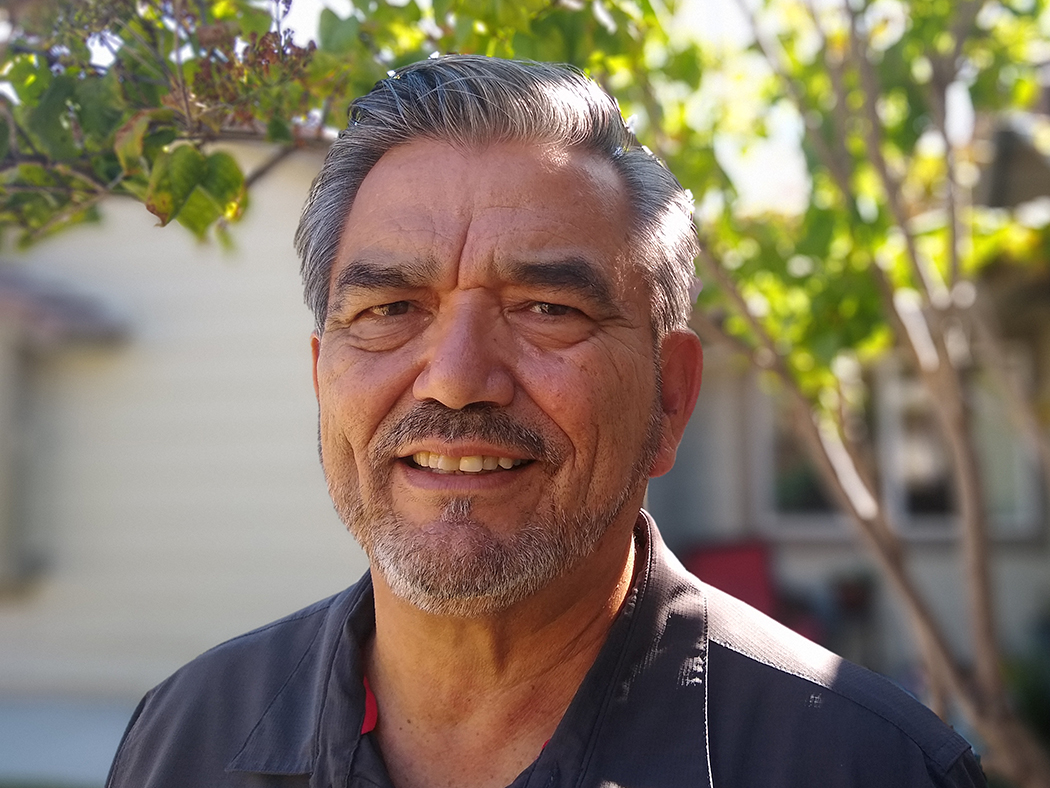 During Hispanic Heritage Month, which runs from Sept. 15 to Oct. 13 in the United States, CRC News will be presenting weekly stories on Hispanic leaders in the Christian Reformed Church in North America. This is the second in the series.

While he was growing up in the southern Texas town of San Benito, Rudy Gonzalez was acutely aware of the division between the Hispanic community and the more affluent, predominantly white community, he said.

“It was a very segregated community, and you could see that very well,” said Gonzalez, who has served in various roles in the CRCNA and now works in the church’s Office of Race Relations.

In his city the classes of people living there were separated by a freeway and a waterway cutting the community in half.

“The poor Mexicans were on one side of town, and the wealthy and more educated were on the other,” said Gonzalez, who had lived in the poor part of the town.

For many years, Gonzalez has been advocating and fighting for the inclusion of Hispanics and Latinos — as well as others who are oppressed and left out — in mainstream U.S. society. In fact, his advocacy dates back to when, at about the age of 10, he became part of a protest march against police brutality in his town.

Back then, several Brown Berets, a Hispanic social justice group out of Los Angeles, Calif., had come to San Benito to draw attention to the death of a young boy who had been arrested and handcuffed by police for stealing a bike.

“The boy escaped and somehow ended up at the bottom of the waterway,” said Gonzalez.

“It was a volatile situation. I don’t even remember why I ended up in that march. But it left me with the idea that I could speak out against inequities.”

From that time forward, in various ways, from working with labor unions to starting worship communities, Gonzalez has been seeking to bring God’s peace into the places where he finds himself.

But it has been a rugged trip, he said, finding his way out of that small Texas town and ultimately into ministry as a CRC commissioned pastor who is now part of helping the denomination open up and bring Hispanics and others into the church.

Growing up Roman Catholic, Gonzalez said, he gained at an early age an appreciation for having a close relationship with God. He served for several years as an altar boy, often getting up before dawn to serve Mass. But his appreciation for the church waned.

After ninth grade, deeply unhappy with the education he was receiving in the local high school, he left home and joined the U.S. Air Force. “I wanted to get out of there. I didn’t want to get stuck in a rut,” he said.

Gonzalez learned some technical skills in the Air Force that proved useful later on when he worked as an industrial engineer for an aircraft manufacturer.

But a major thing that happened came on slowly and with difficulty during his time in military service, he said — he was able to renew his faith in God.

As he served in the Air Force, Gonzalez found himself searching — for a long time seemingly in vain — for a similar connection to God that he had felt as an altar boy.

“Often while I was drinking, I found myself praying, looking for God,” he said.

Eventually that happened through a relationship he developed with an older couple who belonged to an Assemblies of God church and who invited him to a Bible study and then to a service one night at their church.

“These were good people who took an interest in me,” he said. During that time, he said, “I gave my life to Christ.”

In an interview last year with Paul Vander Klay, pastor of Living Stones CRC in Sacramento, Calif., and posted on Vander Klay's YouTube channel, Gonzalez gave a graphic rundown of the lively church service at which he felt a strong turnaround in his life.

“The church was way out in the sticks. I remember the pastor called me up front,” and as people in the church prayed loudly and with excitement for him, he had a vision — a strong image that seemed to show him becoming a pastor of a church, he told Vander Klay.

Married and with one child, he mustered out of the Air Force after two tours in Germany and, having grown in his faith and seeking to train to be a military chaplain, moved to the Los Angeles area to work for Rockwell International and, he hoped, to attend Fuller Theological Seminary.

“I liked what Fuller had to offer and wanted to go there, but then I was working and raising my family and didn’t have the resources,” he said.

After trying several congregations that “just didn’t feel right,” he said, he and his family joined a Foursquare church — an evangelical Pentecostal congregation — and within a year he was serving on the church council.

“They accepted me, and I really felt like I fit in,” he said.

Through relationships he had made, he learned about Azusa Pacific University, which was not far from his home. He enrolled there in 1993 to eventually earn a master of divinity degree.

“I had to quit [for a while] when I had three classes left. My mother died, and other things came up. I went back and finished up in 2001, though,” he said.

Then, after 13 years with Rockwell, he was laid off — and so, in need of work, he bought some tools, loaded them into his old pickup truck, and spent the next year fixing doors and windows.

Still, he said, he kept involving himself in ministry, even if at times it was an uphill battle.

Eventually, Gonzalez said, he heard about a job opening in community development work with the Christian Reformed World Relief Committee (now World Renew). He landed the job and spent several years finding ways to link churches in partnership with programs to help people in their communities.

“I enjoyed that and met many people in the CRC and learned a lot,” he said.

Also during that time, he started discipleship groups that grew into a small church plant. It had its challenges, he said, but the church that eventually emerged is now thriving and meeting as Sovereign Grace Fellowship in Mead Valley, Calif.

Transitioning from World Renew, Gonzalez started to become more involved in Race Relations work, putting on antiracism workshops, especially in California, and he has become an unflagging voice for inclusion of Hispanic and Latino and other groups, including Native Americans, who are not white in the life of the CRC.

Although this is a story on Hispanic/Latino leaders in the CRC, Gonzalez said he has always had a hard time seeing himself as a leader — but, instead, more as a frontline advocate for allowing the voice of Hispanics and Latinos to be heard in the CRC.

Summing up, he said, here is an overview of his work as he sees it, published late last year on The Network under the title “Any Sin but Racism”:

“As a staff member of the Office of Race Relations, I advocate for the gospel of the kingdom of God. Being against racism or being antiracist is striving for the identity in Christ. Racism is sin. It has its roots in the Cain and Abel story, and its fruit is in the invention of the theory of race. This theory was put into law and forced onto the North American people. It has marred all our identities.”