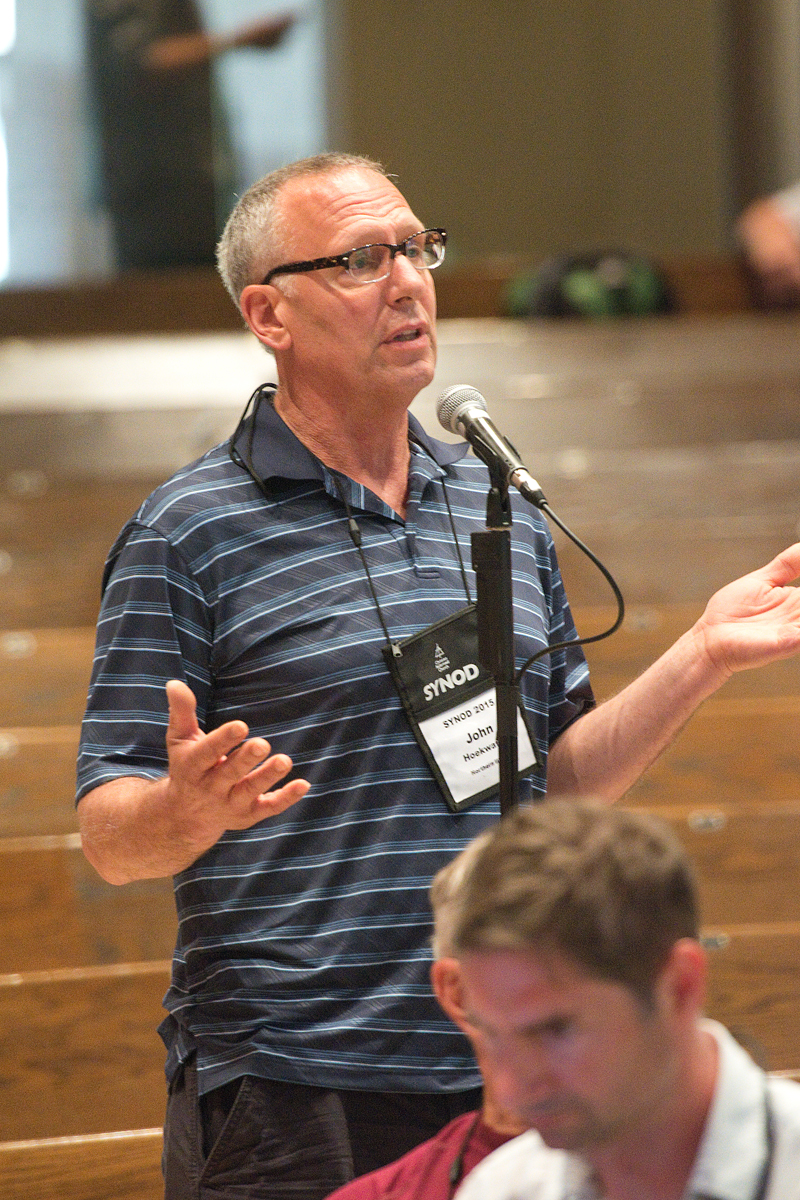 Rev. John Hoekwater, Classis Northern Illinois: “We’re aware of news across the nation of racial profiling. We’d do well to lead the way as the CRC to understand how to live together.”

After some discussion, Synod 2015 encouraged CRC congregations to study and incorporate the Belhar Confession’s themes into their discipling and liturgical ministries.

Rev. Steve Bussis, Classis Zeeland spoke against the motion, saying that Synod 2012 had already said what needed to be said. Synod 2012 decided not to adopt the Belhar Confession as a confessional standard and placed it into a new category as an ecumenical faith declaration.

Rev. Jose Rayas of Classis Arizona said, “If I recall, the reason we put this document in a different category was because it was not to become a fourth confessional standard. It’s up to the churches to use it or not.”

Rev. Michael Bentley, Classis Hudson, agreed. “I believe we have studied it. At what point will it be considered beneficial, when it is accepted as a binding confession?”

Elder delegate Karen Walker from Classis Hackensack said she is saddened by such comments. “I attend a very multi-ethnic church,” she said. “I’m hurt that there seems be a lack of sensitivity to how the lack of adoption [of the Belhar] has impacted our African American brothers and sisters.

“Members in our church seriously talked about ‘Is this where I belong?’ I think it does need to be brought up again and again.”

In a close vote, synod agreed to encourage churches to engage with the Belhar.

Synod also noted that the CRC’s Ecumenical and Interfaith Relations Committee has learned through feedback from ecumenical partners that the category of Ecumenical Faith Declarations is problematic, as they don’t really understand what it means.