Synod Encourages Churches to Use the Blanket Exercise 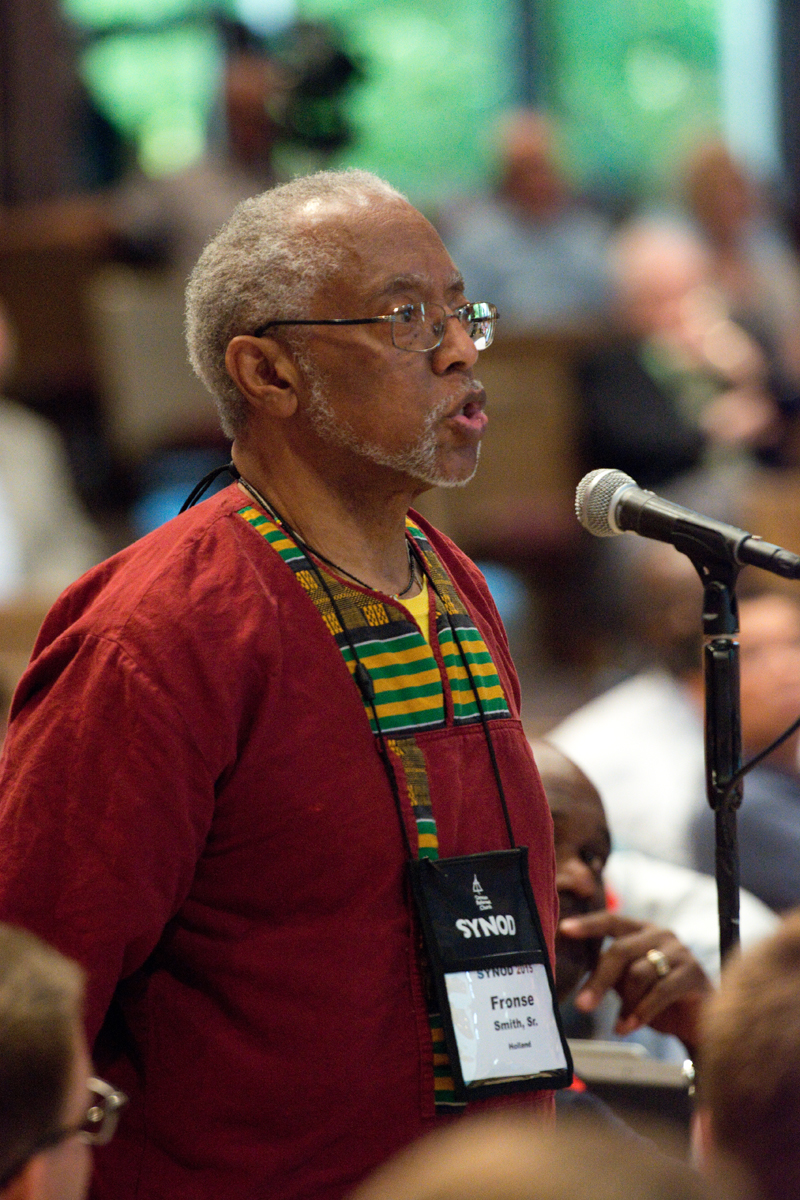 Elder Fronse Smith, Sr.: “Where is the land of the African American?”

Synod 2015 strongly encouraged classes and congregations to take part in the Blanket Exercise some time in the coming year. A brief video introduced delegates to the exercise.

In the Blanket Exercise, derived from the traditions of Native peoples, blankets of various colors and types are laid on a large floor. Participants walk over, bunch up, otherwise use, and claim the blankets as directed by the coordinators, illustrating the relationships of indigenous and non-indigenous peoples in the histories of Canada and the United States.

It is described as a practical, powerful and experiential way to understand the dynamics of power without a voice.

Several delegates spoke passionately in favor of the proposal. Rev. Russell Boersma, Classis Northcentral Iowa, mentioned the CRC’s own history “where the attempt to take the Indian out of the Indian was done.” The CRC ran schools for the Navajo for many years.

Caleb Dickson, an ethnic advisor from Classis Red Mesa, called attention to the place names in the area where synod is meeting: Sioux Center, Sioux Falls, and Sioux City.

“The Sioux,” he noted, “is a tribe of Indians. We were devalued as people. Stripped of our humanity. That was [considered] part of our heathenness. We were punished for being Indian. Let’s not whitewash over the pain.”

And elder delegate Fronse Smith, Sr., Classis Holland, asked, “Where is the land of the African American?”