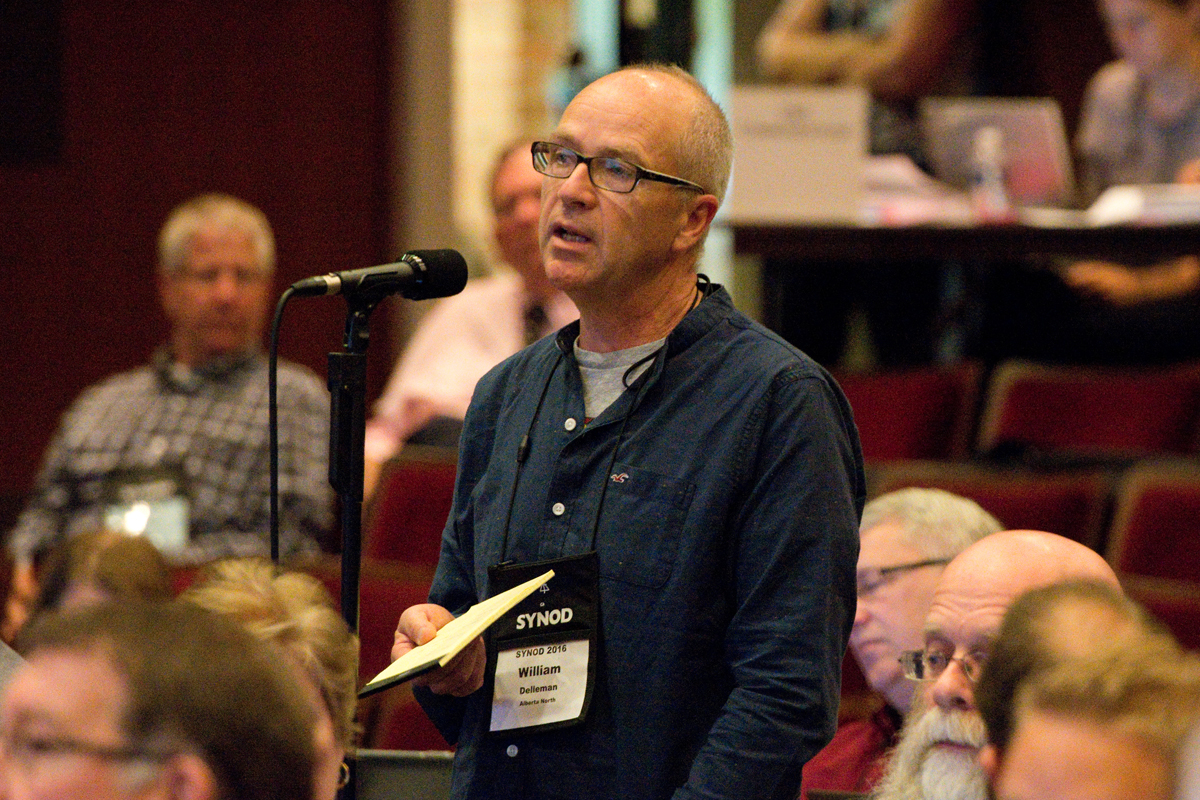 Synod 2016 has instructed the Christian Reformed Church’s Board of Trustees to evaluate and prioritize all denominational programs and ministries, “with the goal of reducing the institutional footprint.”

It also instructed the board to “re-imagine” the ministry-share system, including possibly changing the basis on which ministry shares are calculated.

Synod rejected a two percent increase in ministry shares proposed by the Board of Trustees as part of the budget for the coming fiscal year, instead holding the line at the current amount of $339.48 per active adult member, on the grounds that it “does not wish to raise the ministry-share rate while our current ministries are under evaluation.”

Ministry shares are a per-member assessment requested from congregations to support the denomination’s shared ministries.

Synod also wants an overhaul of the system itself. Noting that many churches contribute only a portion of the requested ministry shares, that some contribute nothing at all, and that others are devising their own ways of deciding how much to give, synod said it is time to “re-imagine” the system, including simplifying the calculations and considering options other than the number of professing members as the basis for calculations.

The CRC developed a ministry-share system shortly after it was founded in 1857 as an efficient and low-cost way of raising money to pay for shared ministries.

John Bolt, the CRC’s director of finance and operations, told delegates that it costs the denomination about 20 cents to raise $100 through ministry shares. The ministry-share system currently provides about $24 million a year. If all churches contributed fully, it would raise $40 million, he told synod, noting that the ministries must spend about $4 million in fundraising costs to raise the remaining $16 million.

Some of synod’s actions were drawn from the report of a Task Force on Financial Sustainability created by the Board of Trustees to examine and make recommendations to improve the system.

Synod also instructed the board to “to evaluate and prioritize all existing programs and ministries.”

Part of the instruction is to “produce a detailed chart of all existing ministries” that includes a description of the ministry; the date it began; the account of synod that established the ministry; and the current ministry-share allocation. This is to be submitted to the board by February 2017.

Delegate William Delleman of Classis Alberta North said the goal is to reduce what he termed “ministry creep.”

Kathy Vandergrift, president of the Board of Trustees, told delegates that the board already reviews programs regularly and sets priorities through the denominational ministry plan.

Some delegates objected to the phrase, “institutional footprint,” suggesting it didn’t belong in a church report.

Vern Swieringa, a delegate from Classis Zeeland, said said the problem with the ministry-share system “is that [the members] just don’t know what we are doing together.”

Another piece of the overhaul is to place more responsibility on classes (regional groups of churches) to explain and encourage participation in the ministry-share system.

In rejecting the ministry-share increase proposed by the board of trustees, some delegates suggested that setting a higher rate would be pointless, since churches ignore it anyway.

Rob Buikema from Classis Wisconsin said, “The number keeps going up, and it becomes a fictional number,” since the amount paid into the ministry-share system remains roughly constant.

Others, however, noted that it’s unfair to cut revenue after ministry budgets have already been established and received by synod. Bolt estimated that rejecting the increase will amount to about $200,000 less income. “Something will have to give,” Vandergrift told delegates.

At the end of the discussion, executive director Steven Timmermans told delegates that while listening to their debate he often heard language that distinguished between “us” and “the denomination.”

“You are the denomination,” he told them.

He added that he heard both hope and frustration during the discussion. “We are going to get better,” he said, pointing to the CRC’s new ministry plan and the evaluations of ministries that will accompany it. He said that the new Council of Delegates, approved by last year’s synod to replace the Board of Trustees as well as several agency boards, would help to bring everyone around the table.

“We are the church together,” he concluded.