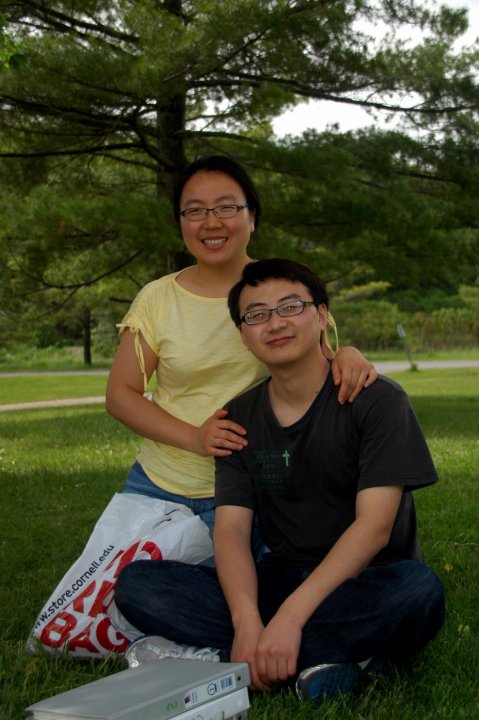 Jin Li and Mary Ma are students at Calvin Seminary and a husband-wife team working on translation of Christian literature for Chinese churches. Prior to 2010, they translated social science works on subjects like game theory, political economy, and social theories. As they conducted fieldwork interviews with house church members in a few Chinese cities, they learned how important access to Christian literature is for growing churches.

As they embraced Reformed theology, Jin and Mary began reading translated Reformed classics. When a publisher friend approached them with a couple books by John Piper and D.A. Carson and asked if they could translate them into Chinese, they said yes. They began the translation work while waiting for interview appointments at a Starbucks and had finished both volumes in two weeks. Both were very well-received by their Chinese readership.

Many of the projects that Mary and Jin work on are suggested by publisher friends, but sometimes Jin or Mary will suggest books by Calvin College or Seminary faculty. Since last year, they have been training more translators, including a few Chinese seminarians. Some titles they have already worked on include James K.A. Smith’s Letters to A Young Calvinist and articles and talks by Calvin Seminary faculty. They also have plans to translate additional works, particularly Bavinck’s five volumes of Reformed Dogmatics and a Reformed Study Bible.

At this time, there are still only around 20-30 translated works of theology on the library shelves of a Reformed Chinese believer. Mary and Jin both hope to see this library expanded to 100-200 titles for the next generation of believers. They hope to bring more Reformed literature, including books, sermons and articles, to a broader Chinese audience. In addition to their translation work, they are also helping a mission group distribute free literature to around 400 small churches in mostly rural and remote areas in China.