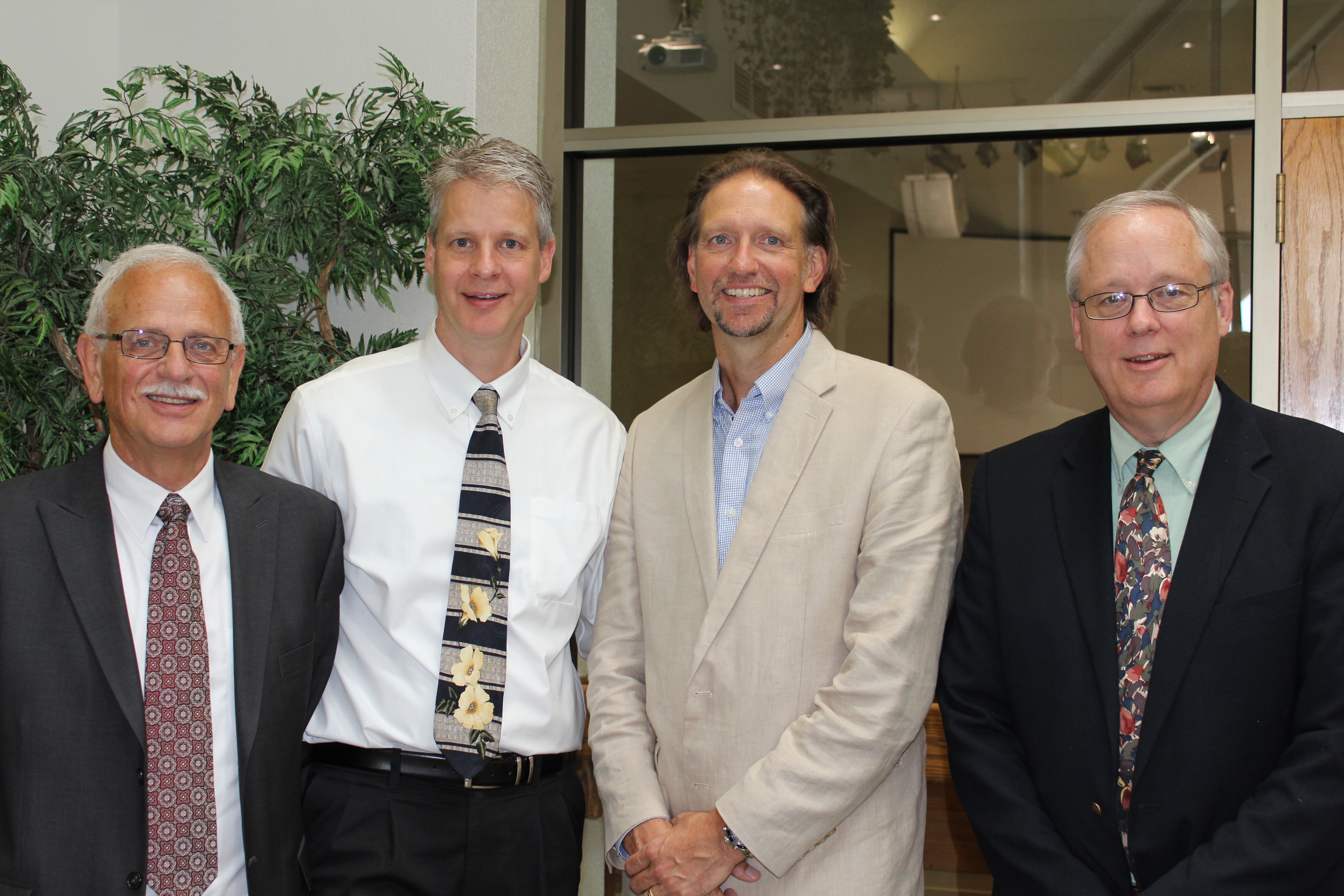 Present to welcome Roorda to his new position were Dr. Steven Timmermans, the new executive director of the CRCNA, Rev. John Kapteyn, executive secretary of the Reformed Church in America’s Regional Synod of Canada, as well as Terry Veldboom and others from the CRC’s Burlington office.

The special service, planned and officiated by Rev. Carel Geleynse of Community CRC, focused on 1 Corinthians 12, that the church is made up of many parts, but is one body.

Addressing Roorda, Geleynse said, “When you carry out your respective tasks, keep in mind the whole. The church is not a business or a corporate structure but the people, servants serving one another.”

During the installation, Geleynse listed some of the responsibilities that would come with this position, tasks that cannot be done in one’s own strength but through reliance on God.

After leading the congregation through the installation liturgy, Geleynse invited Timmermans, Veldboom, Kapteyn and other office bearers to come forward, encircling and laying hands on Roorda as Geleynse led in prayer to ask for God’s blessing on Roorda’s ministry.

Timmermans brought greetings and congratulations on behalf of CRC churches in North America, stating, “I am delighted and excited that Pastor Darren is now joining in this work.”

Veldboom welcomed Roorda on behalf of the Burlington office and staff working across Canada.  “We are really excited to have Darren come on board,” he said. “We’ve been anticipating the arrival of a new Canadian Ministries director for several years and are pleased you are taking the role.”

Kapteyn said he looks forward to working with Roorda.  “Over the past five years, the growing relationship between the denominations has been such a blessing. As we work together, I hope we will see the face of God in us and in our ministry,” Kapteyn said.

At the close of the service, Roorda expressed his appreciation to Pastor Geleynse and his congregation, for their encouragement and all they have meant for his growth in his ministry. Roorda has been a senior pastor at Community CRC for several years. Before that, he served at Bellevue (Wash.) CRC.

Roorda, who begins his new position on Aug. 4, is already familiar to many as a former member of the CRC’s Board of Trustees. In explaining the recent title change from director of Canadian Ministries to Canadian Ministries director, Roorda said, “This tells what is most important, not the Director but what God is doing in Canada.”