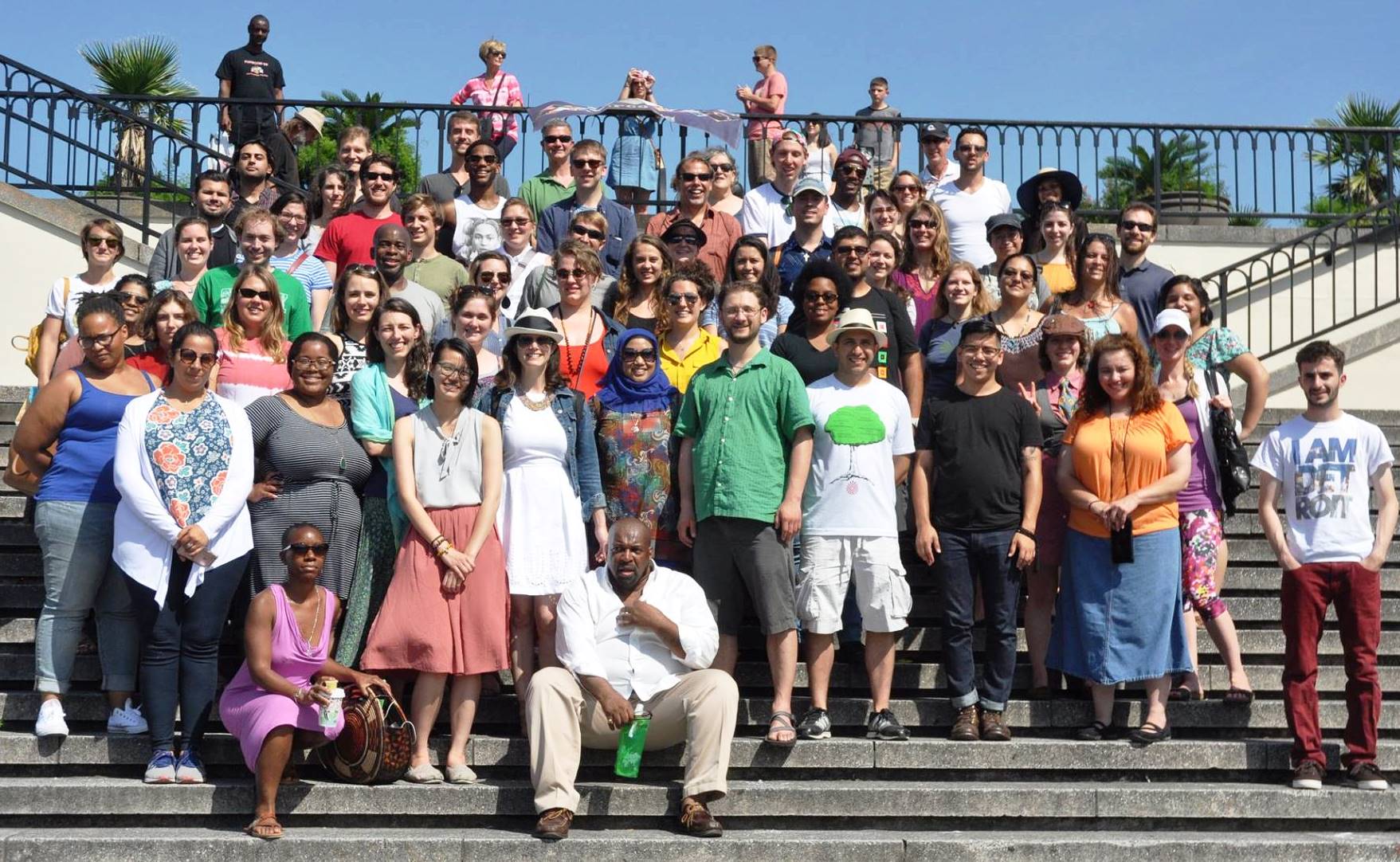 Kyle Meyaard-Schaap says he has heard several stories about the impact climate change is having on people who live along the Gulf Coast in southern U.S. states such as Louisiana.

Meyaard-Schaap, creation care coordinator for the Christian Reformed Church, has come across these stories during an interfaith event this week in New Orleans.

“I have heard stories of islanders whose entire culture and heritage are disappearing beneath the rising tides,” said Meyaard-Schaap.

“I have heard stories about baby boomers who have spent their whole lives on the coast, and who have each told me about how the land has changed and how the Gulf is creeping closer and closer.”

Young leaders of all the major faiths (Muslim, Christian, Jewish, Buddhist, Hindu, Baha’i, and people who say they are spiritual but not religious) have come from around North America to attend what is being called the New Orleans “Faith Rising” Convergence.

Organizers say they chose New Orleans for the convergence because it is ground zero for the impact of climate change in the United States.

Here residents of the community of Isle de Jean Charles, which has been devastated over the past several years by hurricanes and constant flooding, will be the first in the U.S. to be relocated with the help of federal funding.

Rev. Fletcher Harper, executive director of Greenfaith, the organization facilitating the convergence, said the event seeks to draw attention to the impact of climate change and to support faith leaders in doing something about it.

“We are at a critical point in history,” said Harper in a press release. “The window for action to protect our world from climate change is closing fast.”

The event, he said, is taking place as scientists announce that the world has just been through the hottest 12 consecutive months on record.

“The faith community must step up to this challenge, which is why we are turning to the next generation of leaders. They are the last generation who can do anything about this crisis, and they will be the first to truly see its impacts if we fail,” said Harper.

Those attending the convergence, said Meyaard-Schaap, are seeking to build a new network of the next generation of leaders who are acting on climate change and the environment through their respective religions. At the convergence, they are learning new skills for advocacy, communications, and community building.

“This gathering is one more of many critical pieces of the CRC's overall creation care efforts,” said Meyaard-Schaap.

“The work of partnering with other people of faith, whose ethical and religious commitments call them to the same work that the gospel calls us to, not only amplifies our collective voices but also offers support and encouragement along the way.”

It's no secret that the issue of creation care in general, and climate change in particular, can be daunting and at times discouraging, said Meyaard-Schaap.

“But the people I have met and the relationships that I have built so far at this convergence have reminded me that the CRC is not alone in this work,” he said.

“We are doing our own small part in our corner of the world, and so are millions of other people. If we all continue to be faithful, we can make a major collective difference.”

For the CRC, its Climate Witness Project is one example of the CRC’s responding faithfully to God's call to care for creation and to respond to climate change, he said.

“I have learned about countless other efforts like it all over the U.S. and Canada this week. It has given me tremendous hope,” said Meyaard-Schaap.