Responding to Abuse of Power 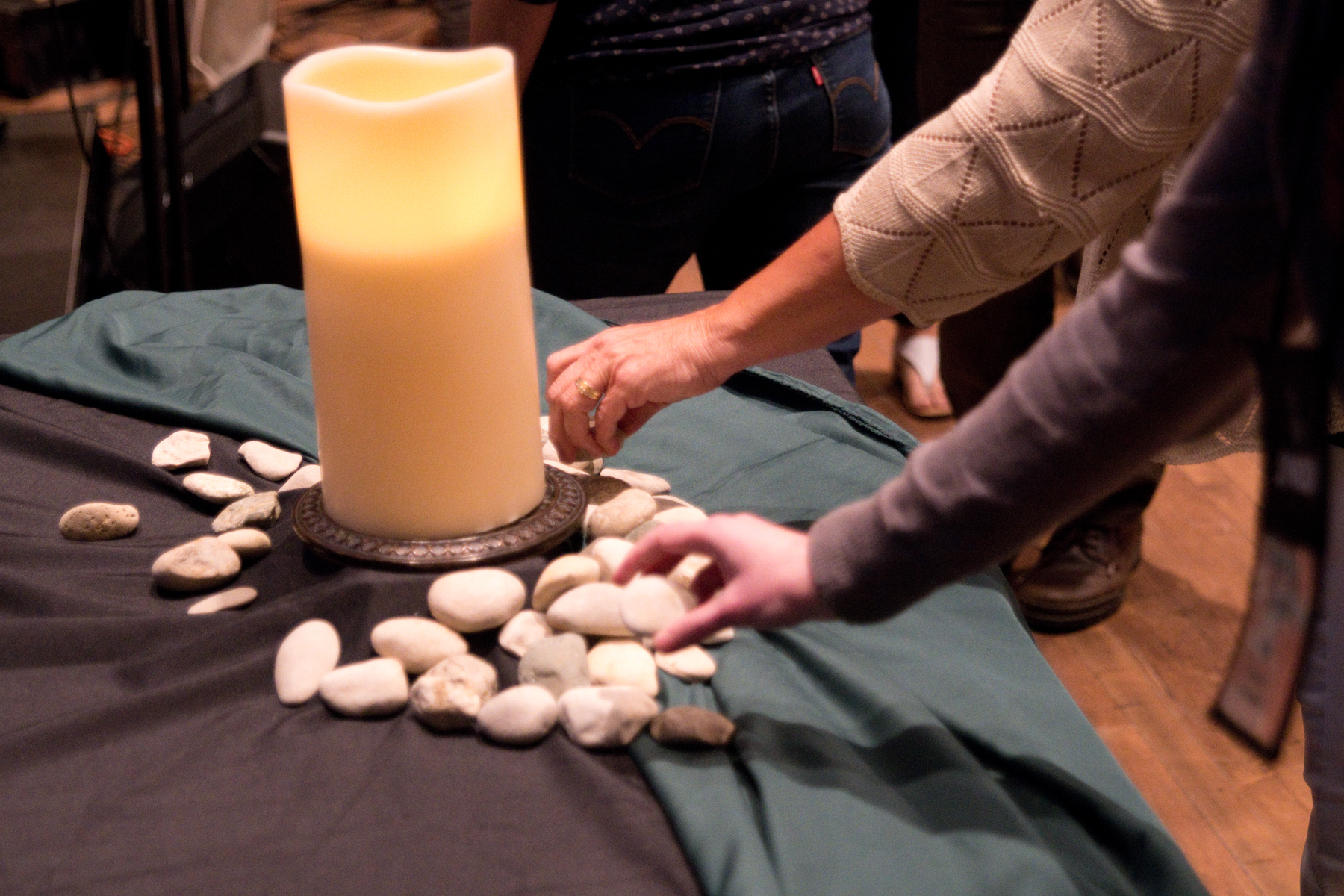 As part of liturgy of lament, delegates were encouraged to place stones in a pile, bearing witness to the stories of abuse they carry.

Abuse -- whether physical, sexual, emotional, or spiritual -- has lasting impacts on those involved and should be actively prevented, especially in church. This was the sentiment behind several decisions of Synod 2019 as it responded to recommendations from the Addressing the Abuse of Power Committee report.

Acknowledging that abuse of power is a reality in churches, Synod 2018 mandated that a committee be formed to “bring recommendations . . . to Synod 2019 regarding how the CRCNA can best address the patterns of abuse of power at all levels of the denomination.”

This committee has been meeting and working over the past year and brought their report to Synod 2019, which accepted the report, adopted several strong requirements, and asked the Council of Delegates to form a committee to ensure the implementation of many of the recommendations.

These recommendations include creating training on abuse of power for pastors, creating a code of conduct for employees, and taking steps to prevent abuse in CRCNA offices.

Further to that, synod directed the executive director to develop a policy for the minimal use of nondisclosure agreements; encouraged classes to provide funds for counselling services to survivors of abuse (and required annual reporting on this); mandated record-keeping of reported cases; and asked the COD to establish a team “that would act as a guardian of our commitment to foster a culture characterized by respect for all and mutual service.”

Joel Vande Werken, Classis Atlantic Northeast, said these actions were significant and wondered if synod should withhold action on the creation of the additional guardian team.

Mike Vander Laan, Classis B.C. South-East, disagreed. “This is urgent. We are dealing with abuse all the time,” he said.

He referenced the Safe Church Ministry report in the Agenda, noting that the ministry has only one and a half full-time equivalent staff and it fielded 700 phone calls from congregations last year.

“We need to have an outside body that can step in as necessary to help us see what we might not see otherwise,” Vander Laan said.

Speaking about the code of conduct, which synod has asked to be created by the new committee, Harrison Newhouse, Classis Lake Superior, said although “the word of God, the movement of the spirit and the laws of God ought to be enough, [I] know from experience and the realities of today [that] I like to have the body of Christ to help give me guidance.”

The draft code of conduct, along with recommendations for how it will be implemented across the denomination, in the classes, and in the churches, will come to Synod 2020 for consideration.

Training Officebearers
Synod also encouraged all classes to develop a strategy to train officebearers and key church leaders on recognizing abuse of power, and it accepted guidelines for that, asking the executive director “in cooperation with Safe Church Ministry … and others” to develop a resource toolkit for such training.

Stanley Groothof, Classis Iakota, supported the development of training for officebearers, emphasizing that definitions will need to be clear.

We will need to “recognize specific markers where informal admonishment or formal discipline ... crosses the line to an abuse of power,” he said. “The more clearly we can define and identify [what constitutes an abuse of power] and be trained in this, the better church leaders will be able to avoid it from happening,”

Strengthening Safe Church Ministry
In order to strengthen Safe Church Ministry, synod asked the executive director to oversee a review of the ministry’s “policies for follow-up in reported cases that involve church leaders,” reporting to the COD to ensure the CRCNA is “exercising due diligence.”

Paul De Vries, chair of the council of delegates, said the COD does not work at this alone, but on behalf of synod. “Everything the COD does comes back to you,” DeVries said.

Implementation Committee and Guardian Team
According to the guidelines approved by synod, the committee implementing the recommendations will include “members from the offices of Candidacy, Pastor Church Resources, Safe Church Ministry, Calvin Theological  Seminary, and Calvin College (because of available expertise).”

Members of guardian team would be “outside the ‘chain of command’ within the established organizational and management structure” and would be “accountable through reporting to the Council of Delegates.” The guardian team’s mandate would include early intervention in response to complaints, conflict resolution, and restorative justice tools. The role of the team would be reviewed after three years for effectiveness.

Resources for Culturally Diverse Churches
In taking on all these recommendations, synod asked the executive director “to give high priority” to providing information and policies for abuse prevention and response in various languages and cultural styles appropriate to the minority-population churches existing in the CRC.

José Rayas, Classis Arizona, asked how these things would be made accessible to all the different ministries, especially as new ministries in different cultural contexts arise, and who would bear the cost.

Colin Watson, the CRC’s director of ministries and administration, spoke about the networks of minority churches self-formed within the denomination, such as East Meets West (Chinese churches) and SEAPI (South East Asian Pacific Islander network). These would play a role. “We are working within our ministries to ensure we are reaching out and getting input on how effective this strategy is,” Watson said.

What’s it Going to Cost?
Budget implications for the recommendations were included in the report of the Addressing the Abuse of Power Committee, totaling roughly $60,000. (See the last page of Appendix C in the 2019 Agenda Supplement)

To the question of whether there was a plan to fund that amount, Steve Timmermans, the CRC’s executive director said, “The budget of the coming year has already come to fruition … we did not budget in anticipation of this. I suspect we can juggle and try [to find the funds.] … So if we add something, it does beg the question ‘what aren’t we going to do?’” That question was left unanswered.

A Time of Lament and Worship
Synod closed its time discussing the Abuse of Power report with a moving time of worship and lament.

Cary Gephart, Classis Illiana, reminded delegates of the importance of the work done by Addressing the Abuse of Power Committee and what they’ve done for the denomination. “We are praying for the day that abuse of power ends in the CRC.”

Hearing and reading from a litany written by Sharon Fennema, delegates and gathered visitors lamented together. Those present were also welcomed to bear witness to stories of abuse they themselves carry or stories they know of by taking and placing stones in a pile.

“In the Old Testament stones were used by Jacob, Joshua, and Samuel to serve as witnesses and a physical testimony to both what has happened in the past but also to reaffirm their reliance and faith in the sovereign Lord,” said Rev. Carel Geleynse, in words of introduction.