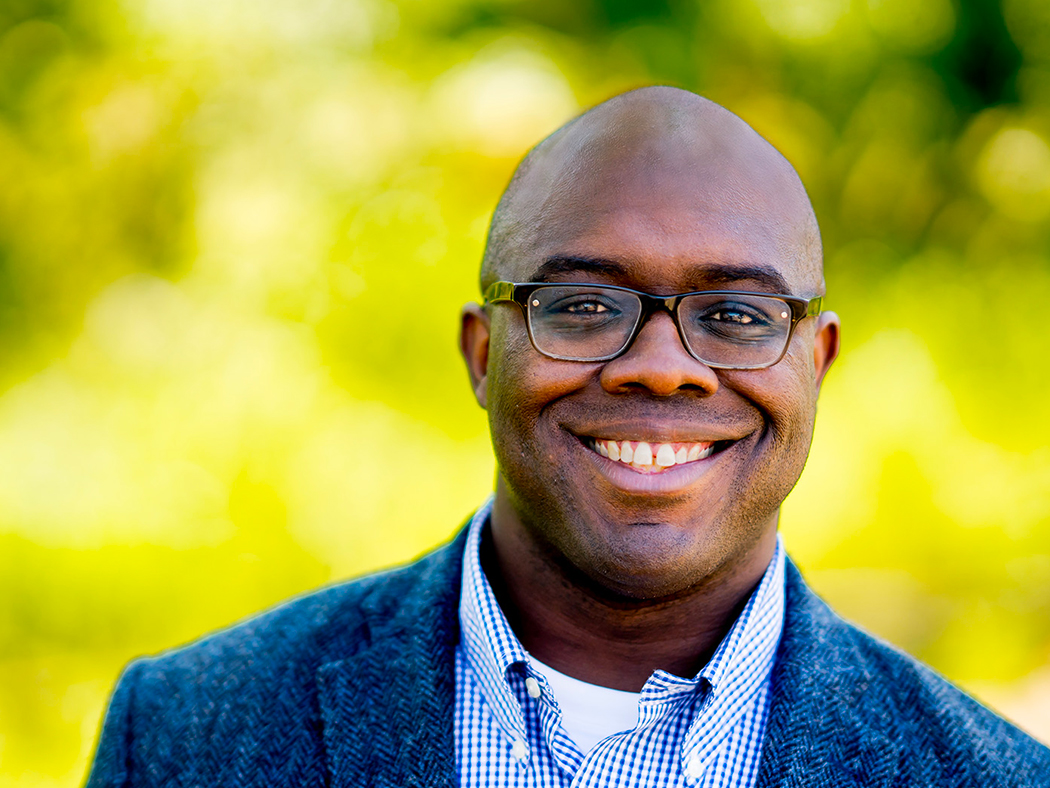 McCaulley is a New Testament scholar and professor at Wheaton (Ill.) College, an Anglican priest, and a contributing opinion writer for the New York Times. In his presentation and the discussion that followed, McCaulley discussed how inviting diverse voices to participate in biblical interpretation brings new questions, new awareness, and a fuller understanding of the Bible.

McCaulley discussed themes and ideas from his latest book, Reading While Black: African American Biblical Interpretation as an Exercise in Hope. He noted that in recent times of racial tension in the United States, many were calling for a new way to advocate for civil rights, in comparison with actions taken in the 1960s.

“That stirred something in me . . .” he said. “I grew up in the tradition of Martin Luther King and the civil-rights movement — and the fact that Christian faith often spurred people toward activism. So I had this real, growing passion to communicate to another generation the relevance of the Christian message to the issues of the day.”

Thinking through this passion, McCaulley made a list of the issues people face  today. As he looked at the list, he said, he realized that the Bible has answers that address all of the issues. He also noted that historically, when faced with injustice, African American people have turned to the Bible and have found there a God who is for them, who befriends them.

McCaulley suggested that in much of the church there is an emphasis on right belief, but less of a focus on right actions. In some circles there has even been a sense that people who push for justice are liberal in their theology. McCaulley disagrees with that notion.

“What I wanted to do was show that there was a black tradition that was not [on the one hand] simply acquiescent to the status quo, that wasn’t [on the other hand] abandoning what Christians had always taught, but [instead] was contending for the faith once delivered, and, because of that, addressing pressing issues of the day — and that this tradition is actually what I would consider the mainstream of African American spirituality in the United States,” he said.

About the book, Bacote noted that McCaulley used stories from his own experience alongside academic reflections to engage his readers.  And “you don’t have to write in only one mode or one style for it to be ‘academic’ — it can fire your imagination while also engaging your intellect,” Bacote said.

McCaulley noted that we need to keep in mind the audience we hope to speak to. He said he intentionally wrote from a very “black” narrative world and perspective to better engage black students, and, as another effect, to give an instructive disorienting feeling to non-black readers. Learning from other perspectives is helpful because each person’s life and experiences will cause that person to see and look for different things in the Bible than others, who bring in their own life and experiences, McCaulley said — so, together, we get a fuller story of what the Bible says.

With this in mind, McCaulley said, he tried to bring his whole self to his writing — his learning, pastoral heart, his upbringing — with a goal that stated, “I’m going to write the book I actually want to read, rather than what I think someone expects.” He added that even though a life experience may be particular, that does not make it less universal.

McCaulley said that while there have been dark times in the history of the church, the light has never gone out. “What allowed the church to go forward despite conditions that could lead to despair?” he asked. And he suggested that we need to ask questions in the right order. For example: “Is the tomb empty? Events that happened later can’t undo the resurrection.”

Redeemer University’s website notes that the Emerging Public Intellectual Award is hosted by Redeemer University and sponsored by the Acton Institute, Cardus, the Center for Public Justice, the Council for Christian Colleges and Universities, and the Henry Institute. The award “is intended to recognize and foster emerging talent, those working in the Christian academy who excel in both academic and public spheres and whose work impacts the common good.”

Because of travel restrictions imposed by the ongoing COVID-19 pandemic, McCaulley was not present on Redeemer University’s campus in Ancaster, Ont., to receive his award. It is hoped that once restrictions have been lifted, he will be able to visit the campus and receive the award in person.