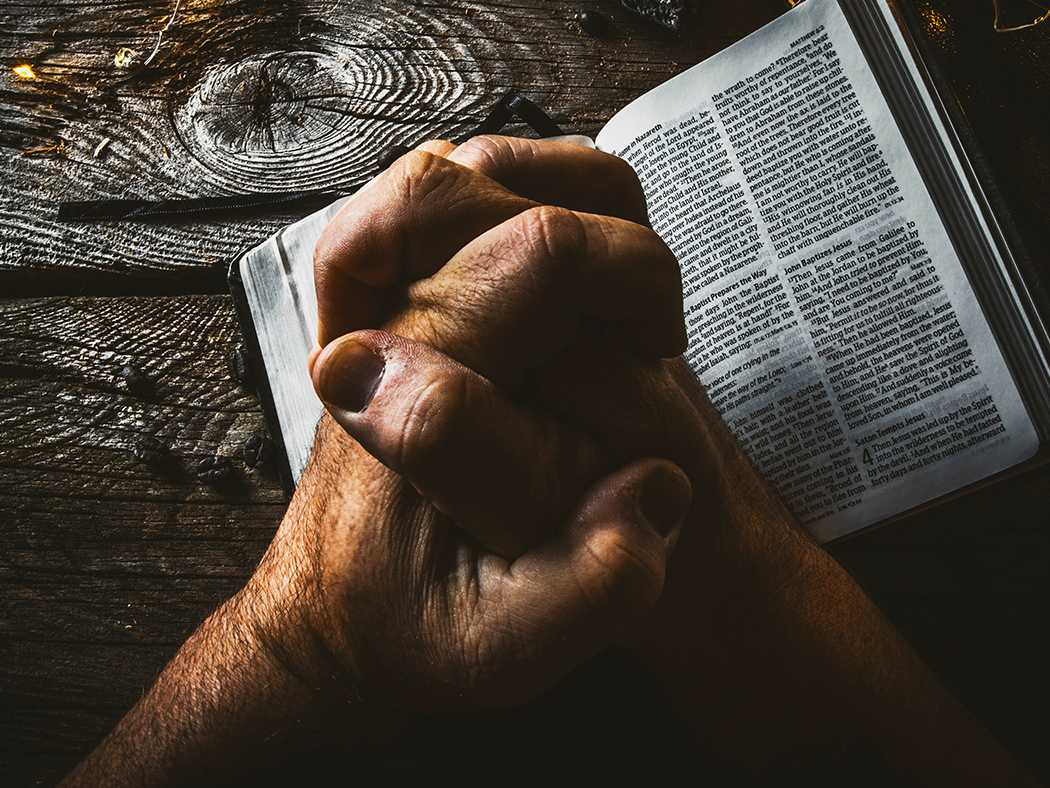 Jon Hoekema, pastor of Horizon Community Church in Downers Grove, Ill., has stepped into the role of serving as prayer leader – or prayer shepherd – for the Christian Reformed Church in North America.

He will be filling a new, 10-hour per week position to help encourage the CRCNA and its congregations to expand their commitment to prayer, especially with Synod 2022 in mind and the difficult decisions that delegates to the gathering will need to make.

“Prayer is not just something that we do; it should be the key, cultural foundation of what we do,” said Hoekema. “I see my position as helping to embed the practice of prayer into the denomination and churches.”

Having just taken on this task, Hoekema said the job and how he will function are in transition. At the same time, though, he hopes to draw from the prayer practices he is developing in his life as well as from the corporate prayer patterns of his church to build into the prayer life of the CRCNA.

“I think this will be a great opportunity for all of us – and in particular for those attending Synod 2022 – to work together and to listen to God’s voice together,” said Hoekema.

“I’ve come to realize in my life and ministry that there is nothing we can do without prayer and without the power of the Holy Spirit.”

In May 2021 the Council of Delegates endorsed an initiative to call the CRC to prayer leading up to Synod 2022 (and far beyond), said Syd Hielema, director of the CRC’s Connections Project.

A small ad hoc team began developing this initiative (called "Together Seeking God's Face”), and, said Hielema, “as it slowly developed, it became clear that the project required more guidance than this informal team could provide.”

The Lord provided. Hoekema, a member of the team, “revealed that donors made it possible for him to serve the denomination as a prayer coordinator for 10 hours a week, precisely what the project needed,” said Hielema.

Being on this team, he added, has been an unusual and yet satisfying experience. “Every week the Lord provided the next step that was needed, and at just the right time he has now provided a shepherd to guide the project as well. I stand amazed,” said Hielema.

Colin Watson, Sr., executive director of the CRCNA, said he is grateful that Hoekema is assuming a leadership role in this effort.

“I am extremely pleased that Jon has agreed to serve the CRCNA in this way. While his role was not specifically created by the COD, it is a continuation of the decisions they made to increase our focus on prayer,” said Watson.

“I anticipate that we will continue this prayer focus through synod and beyond,” he said. “The first milestone of our ministry plan urges that we collectively focus on prayer and spiritual disciplines, and we will continue to add elements to encourage living into this reality.”

In May 2021 the Council of Delegates, the group steering the denomination between synods, declared June 2021 - June 2022 to be a year of prayer, inviting people to listen “to the Spirit and to one another, recognizing that we stand in a challenging moment that invites us to be discipled in postures and practices of prayerful discernment,” say the minutes of the COD meeting.

The goal is that this season of prayer may “refresh biblical practices of prayerful discernment and the postures that are consistent with these practices.” In addition, “the project will reflect the diversity and unity present in the CRCNA.”

Hopes are that the desire and discipline to pray, especially during a time of social and church-related disruptions, will take hold and firmly lead the CRCNA into Synod 2022, when, among other things, a discussion of the church’s study report on human sexuality will take place, said Hoekema.

Hoekema has helped to organize a monthly prayer gathering that can serve as a template for others to follow — and that gathering will be part of the prayer effort.

“For our prayer times I plan a prayer guide for a passage following the rhythm of the Lord's Prayer — reverence, response, requests, and readiness. We always start with praise and then submission because it reminds us who God is and who we are. Then we bring our requests before God.”

Meanwhile, the COD is also asking every classis in the denomination to participate in this effort by setting aside an hour for worship and prayer. This will take place either at a regularly scheduled classis meeting or a specially scheduled meeting, using resources provided by the denomination and/or local resources.

Prayer will also be woven throughout Synod 2022. It will begin with a prayer meeting for all delegates on March 30; after which prayer will continue to serve as the primary shaper of all synodical activities and conversations, so that the body might be guided by the mind and character of Christ (Phil. 2: 5-11).

To learn more about this initiative and prayer opportunities, see https://www.crcna.org/get-involved/pray.

Several years ago, Hoekema attended a prayer gathering where it became abundantly clear that God loves it when we pray, whether by calling out in praise at church or reading written prayers or praying alone.

“The Holy Spirit at that time gave me an intense feeling that praying is what we need to do,” Hoekema said. “I’ve now led prayer conferences at which there is no agenda other than to spend time with God.”

Going forward, he said, he doesn’t envision building anything new but instead to rely on and promote prayer resources that are already available in the CRCNA.

At his own church, he said, they have integrated prayer into church council meetings. “We don’t make any decisions until we hear from the Lord,” said Hoekema.

As they pray, he added, council members don’t give God a long list of things that they want. Instead of trying to manipulate God, he said, “We want to seek God’s face. And I believe the spiritual depth of our church has grown. Our church is healthy and unified.”