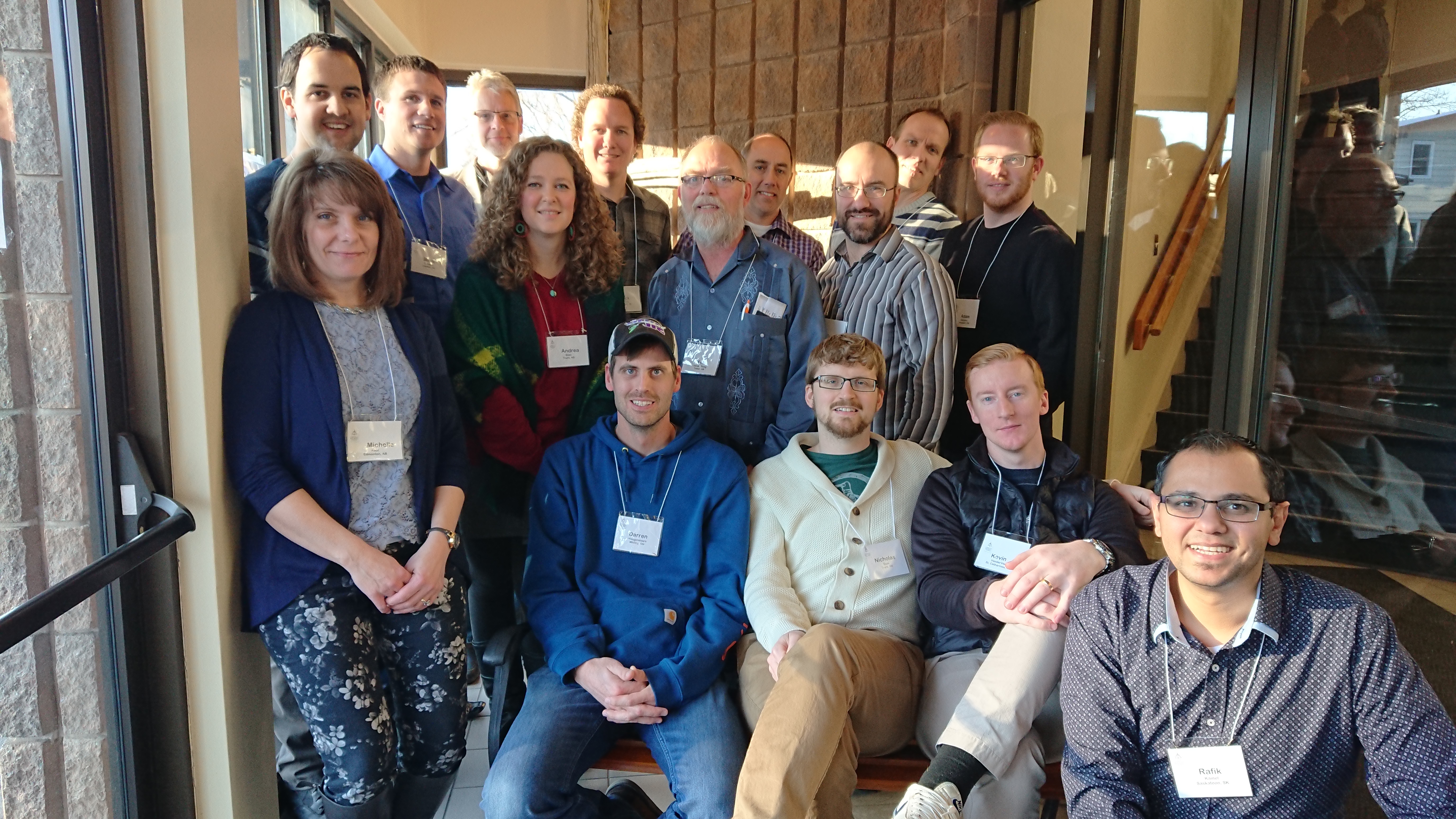 Pastors who attended event in Burlington

What do you need to know to be a pastor in a Christian Reformed church in Canada? Are there special considerations you should keep in mind for Canadian congregations? And do you feel equipped and supported by your denomination?

These were the types of questions that Darren Roorda, Al Postma, and other Christian Reformed Church in North America employees attempted to answer during a two-day event in Burlington, Ont., Jan. 16-17.

“The life of a new pastor in Canada is difficult for many reasons – and it demands a highly capable practitioner,” said Roorda, who pastored churches in Kitchener, Ont., and Bellevue, Wash., before taking on his current role as Canadian Ministries Director. “I wish this type of event was done when I was a young pastor.”

With these personal experiences in mind, Roorda and a team of others designed a two-day event that would help pastors “wrestle and prepare for the work that is ahead of them for the sake of the church.”

Fifteen pastors attended the event. They came from across Canada and have all been involved in Canadian ministry for less than two years. Some had previously pastored a church in the United States but were new to the Great White North. Others were in their first ministry position. All were glad that they attended and left with some new knowledge for their ministry.

Kenneth Vanderploeg, for example, came to the event from Taber, Alta. “It was amazing to me to discover how many ministries are taking place within the denominational offices. I know that we hear about most of them at classis at one time or another, but it helps to see them in person and hear about the work and the resources they can provide more extensively,” he said.

In addition to hearing presentations about various CRCNA ministries, attendees also discussed Canadian privacy law, learned about current initiatives to better resource congregations, and were introduced to The Bridge App – a new mobile device app that has been piloted in Canada to help congregations better communicate with their members and communities.

“The notes I kept and the handouts I took home are all useful and filled with resource information that others from our church can use to investigate and find what they need for ministry,” said Vanderploeg.

The group also had time to share with each other about the questions they had in their own ministry setting.

“I didn’t realize how much I was desiring a space like this – to connect with other pastors, but also to dialogue about some of the issues, challenges, and joys of our ministry contexts,” one participant commented on their feedback form.

Another said that a highlight was times that were provided “to talk more in-depth with staff whose areas most connected with us and our churches.”

This was the second time that a new ministers’ orientation was held for pastors in Canada. Given the success of this year’s event, Roorda said he will likely organize another one in the future.

“It feels to me that the CRC in Canada is attracting very capable and thoughtful pastors. This group was certainly a demonstration of that,” Roorda concluded. “It is my prayer that the relationship we build between denominational staff and local church leaders will continue to grow from this gathering onward.”