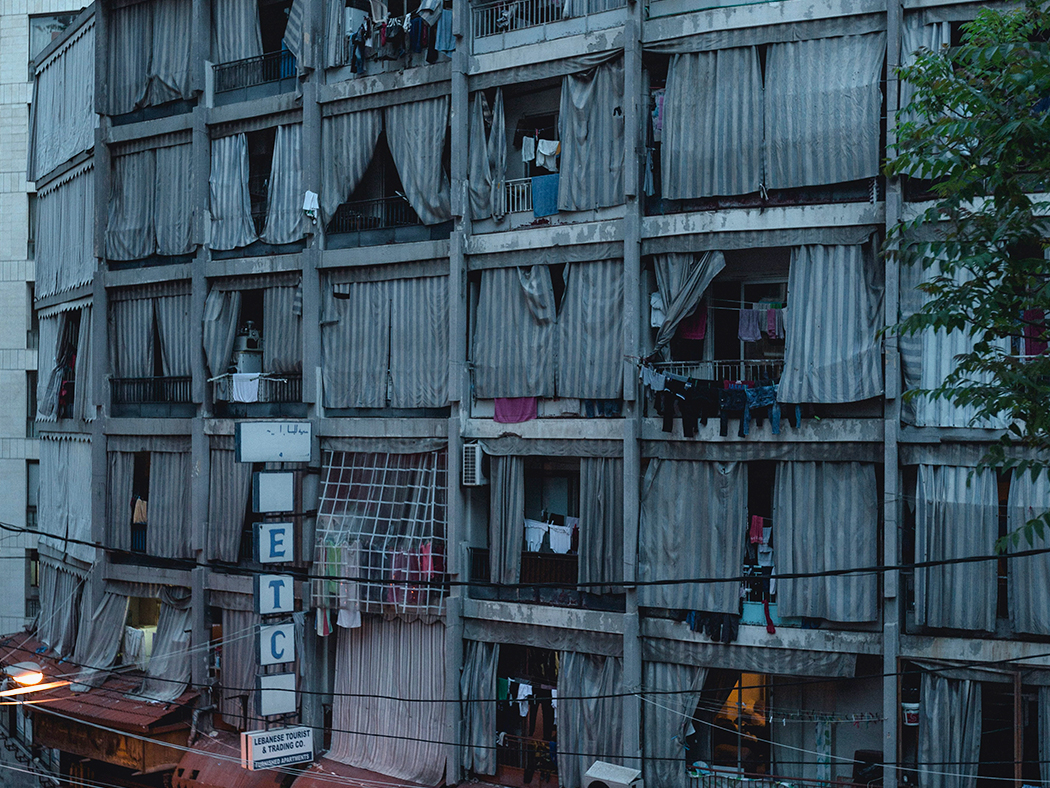 Organizations and ministries such as World Renew are collaborating to mount a response to the deadly explosion that occurred on Tuesday, Aug. 4, in Beirut, Lebanon, killing at least 200 people, injuring thousands, and leaving up to 300,000 people homeless.

Meanwhile, people such as Shannon Jammal-Hollemans and Kevin Schutte hope that what happened in Beirut, as horrible as it was, will offer a chance for people outside of Lebanon to gain a deeper understanding of the tensions and challenges that the country has faced.

Jammal-Hollemans once worked for the Christian Reformed Church’s Office of Social Justice and currently is serving as worship coordinator at Oakdale Park Christian Reformed Church. Schutte serves as director of church planting for Resonate Global Ministry. Both have ties to Lebanon and are grieving in the aftermath of the explosion of a vast supply of ammonium nitrate that had been stored for years in a warehouse on Beirut’s waterfront.

Before hearing what they have to say, let’s look at the response World Renew and others are planning for a country that this week, amid massive protests on the streets, saw the resignation of many top government officials.

According to Nabil Costa, executive director of the Lebanese Society for Education and Social Development (LSESD), a longtime partner of World Renew, “This calamity could not have come at a worse time for a country on the brink of financial collapse and social implosion while the number of coronavirus cases has surged in recent days.”

Decades of financial mismanagement have left Lebanon on the brink of a financial crisis. A plunging currency and rising food prices are making essentials, such as food, nearly impossible to afford. The COVID-19 crisis added a new layer of needs to families.

Last week’s explosion is expected to only further deepen Lebanon’s humanitarian needs, particularly for the over 2 million refugees now living in the country, as well as for the average Lebanese. However, the disaster is still recent and the extent of the needs will continue to become known in the coming days and weeks.

World Renew’s partner in Beirut, MERATH, the relief arm of LSESD, is well positioned to respond to the needs of affected communities. They have already provided over 1,000 hot meals to families in Beirut, and they will continue to provide food for affected families even as assessments are carried out to guide further relief efforts. It is expected that early efforts will focus on the distribution of essentials such as food and hygiene kits.

Read more about World Renew’s response, and that of its partners by clicking here

In the wake of the devastating explosion, Jammal-Hollemans recalls that just last October she was visiting relatives in Lebanon and they were strolling together through the neighborhoods and along the waterfront in Beirut, the city in which her father was born.

Some of the areas through which she walked with family members are now in ruins. Museums located near the center of the explosion have been heavily damaged, as have homes, businesses, churches, and mosques.

“It is so sad to see what has happened. Beirut is a beautiful, diverse city that has been trying to revitalize over the past 30 years or so, ever since the end of the civil war that took place in the ’70s, ’80s and into the ’90s,” said Jammal-Hollemans.

“Although Beirut has definitely been rebuilding, it has still been struggling with political corruption, and that is the biggest challenge. Money is not in the pockets of the people. Unemployment is really high, and now things are apt to get worse.”

In recent years, a banking crisis has hit Lebanon, and a number of banks have closed. Jammal-Hollemans said, “The immediate response has to be the change of the government. The leaders have not been protecting or serving the people.”

On Monday, a wide range of political leaders, including the prime minister, resigned and stepped aside in the face of massive protests on the streets of Beirut.

As the political situation remains volatile, Jammal-Hollemans asks that people open their eyes and minds to see more fully into the heart of those who live in Beirut.

“People can look at Lebanon and the rest of the Middle East with a limited lens and not see the fullness and richness of what God is doing there,” said Jammal-Hollemans.

“We need to listen to what the people are saying. I have seen a lot of resilience and even hope in watching my family cope over the years.”

Kevin Schutte is the pastor of Pathway Community Church, a congregation outside of Kansas City, Mo., that has connected with and supports a congregation in Tyre, located about 45 miles south of Beirut.

Earlier this year, before the COVID-19 pandemic hit Lebanon, Schutte made his first visit to the Tyre Church to meet with the pastor, Mohammad Yamout.

“He is doing incredible work,” said Schutte. “They have a robust gospel ministry that has reached out to Syrian refugees and found them jobs and shelter. He has been demonstrating Christ through word and deed to provide for people, and now he is very concerned about the lack of food and other resources after the explosion.”

Yamout visited Schutte’s church and preached there a few times, filling people in on the challenges that Lebanon was facing even before the explosion. He also talked about his church, which is located in a Shiite Muslim neighborhood.

“He recognizes that the body of Christ is diverse and beautiful and gives us a richer picture of who Christ is so that we can recognize Christ better,” said Schutte.

During his visit to Lebanon in mid-February this year, Schutte sensed “some hopefulness among the people and a beauty that was amazing. I felt a strong kinship among those we met.”

But now, in the aftermath of COVID-19 and the massive explosion, he suspects those feelings of hopefulness and kinship are strained, if not broken.

He especially recalls having dinner in Beirut one evening in a restaurant and then walking along the waterfront. Boats sat in the harbor; lights winked and radiated on the water.

“Beirut was so beautiful. I don’t know what I expected. At no point did feel that I wasn’t safe,” said Schutte.

Soon after the explosion, Schutte viewed a video in which Yamout took viewers on a trip to the disaster site. He couldn’t get too close, but he did catch columns of smoke still rising. Sirens kept wailing as he filmed the scene. Helicopters flew in the sky.

Many downtown buildings showed considerable damage. Windows were shattered, and many structures were charred. Some looked like hollow shells.

Bringing viewers close to where the warehouse had stood, Yamout swept his camera along the waterfront, picking up the damaged hull of a boat in the harbor.

“This is the city I was born and raised in, where I became a Christian and got married, ” he said. “Half of the waterfront has been destroyed. The hospitals are full. The situation is bad.”

Turning his camera on the sparsely populated streets, which are normally packed with people and traffic, he said: “A lot of churches are destroyed; the believers in Beirut are hurting. . . . I don’t know why God is letting this happen, but I believe that because of this the souls of men and women will be saved. We need to show the love of God to the people.”

Schutte added that he also believes people in his church and beyond can use this tragedy as an opportunity to show in word and deed the ministry of the love of Christ.

“The Lebanese people are in crisis, and yet this is a great chance for churches to see beyond their local contexts and borders to recognize that the body of Christ is hurting — and we can step forward to help,” said Schutte.