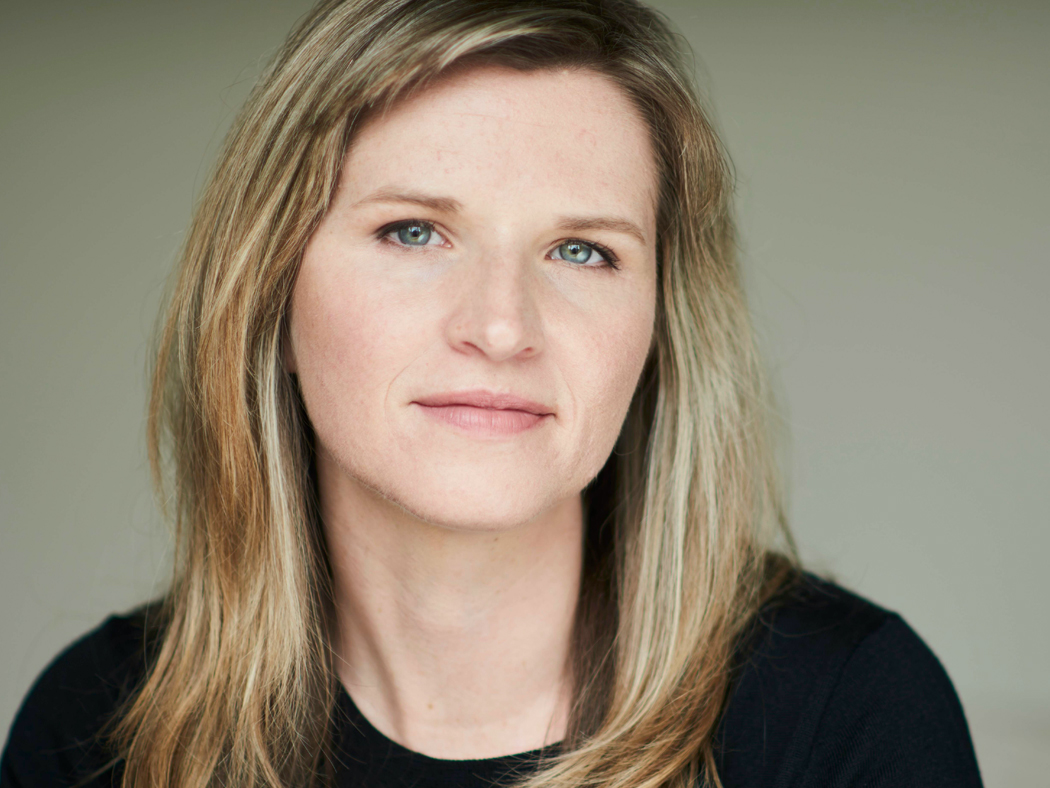 Tara Westover grew up in Utah as the daughter of a Mormon father who was a survivalist and owned a salvage business. Her mother was a midwife and herbalist.

Because her father opposed going to school, her older brother, Tyler, had to teach her to read so that, among other things, she could join the family in reading the Book of Mormon and the Bible.

“My parents were very skeptical of institutions most people use. My father believed public schools were bad and that you can only trust your family,” she told Karen Saupe, a Calvin University English professor who asked her questions as part of the Calvin University January Series 2021.

“My father wanted to control the information coming into our house. He believed ideas could be dangerous and would give you exposure to other ideas.”

Westover is the author of Educated, a bestselling memoir that was named a book of the year in 2018 by the New York Times and many other newspapers and magazines. Time magazine named her one of the most influential people of the year because of the influence her book had on readers.

The New York Times reviewer of Educated wrote, “By the end [of the book], Westover has somehow managed not only to capture her unsurpassably exceptional upbringing but to make her current situation seem not so exceptional at all, and resonant for many others.”

At the January Series, Westover said she didn’t step into a classroom until she was 17. Until then, she was at home, where one brother violently abused her and her father raged at the world, while her mother, the victim of a brain injury that was left untreated because her family didn’t believe in health care, grew occasionally delusional.

Tara Westover said she struggled mightily with trying to fit in with her family and at the same time to answer a call to get away to learn about the bigger world.

“Being loyal to yourself and your family is a difficult choice,” she said to Saupe. “What they need and what you need can be in conflict — with no daylight between what my father thought and I thought.”

Notions to leave really bloomed, she said, when her brother Tyler introduced her to opera and the Mormon Tabernacle Choir. “That’s when it occurred to me that there was something out there worth moving toward. Music was a driving force in my life.”

Tyler, who eventually earned a Ph.D. in thermodynamics from Purdue University, kept encouraging her to take the SAT, the college entrance examination, so that she could get into college.

Having taught herself algebra and other subjects, and having deepened her ability to read by poring over books by the Mormon prophets, she took and passed the SAT and was accepted into Brigham Young University.

But that was only the start — and a tough beginning to be sure.

Westover said she was scared and shaky and wondered how her future would unfold once she was in college. In classes, she wasn’t always sure what was being taught. For example, when a teacher mentioned the Holocaust, she raised her hand to ask what that was.

“I had never heard of the Holocaust or the Civil Rights Movement. When I heard that Rosa Parks was arrested for taking a seat in the front of the bus, I wondered why they would arrest her for stealing a seat,” said Westover.

These setbacks sent her to the library to research things she didn’t know.

In addition, taking courses was especially hard, she said, because she had little money and needed to work three jobs to pay for expenses. “It is difficult to focus on learning when you’re working that much,” she said.

But a Mormon bishop who worked at the university stepped into her life at that point — as have other benefactors over the years — to convince her to apply for financial aid.

“I thought of my father and that he would consider a government grant as something to control you,” she said. “But once I got that money, it helped a lot. It changed things for me, and I was able to take more classes.”

And one of those classes — Psychology 101 — made a helpful difference. “I stumbled into that class, but it offered me ways of understanding my parents and my childhood,” she said.

“I started to understand why my dad had the beliefs he had. . . . I saw there was mental illness and love in my family. The class had a huge impact on me.”

After graduating from Brigham Young in 2008, Westover won a scholarship to Trinity College in Cambridge, England, from which she eventually earned a Ph.D. in history.

She is currently a senior research fellow at the Shorenstein Center on Media, Politics, and Public Policy at the Harvard Kennedy School in Cambridge, Mass. The school explores the intersection of press, politics, and public policy in theory and practice.

As a research fellow, before the onset of the COVID-19 pandemic, Westover visited towns that are trying to stay alive, where people are unemployed, have no health care, and in some cases are battling opiate addiction.

“So much pain is coming from real places,” she said. “What does it mean when 20 cities in the U.S. are absorbing most of the growth and leaving others behind? It is so lopsided.”

Given her work and what she has learned in struggling towns as well as through her own story, Westover talked with Saupe about the tensions splitting the U.S. now.

“I think that if you want to really make a difference and further a cause, you have to look at things from different points of view,” Westover said.

“We have come to conceive of each other as caricatures. The ideas we have of each other is so radical. There is such an inability to talk to one another. . . . We can’t function like this. The situation has become so toxic.”

Reflecting again on her family, Westover said she has a brother who tends to be on the opposite side of every issue they talk about. “He is a good person even when he says things I think are insane, and we just cope through it,” she said.

Even now, she added, she remains split, drawn back to her family and yet realizing the need, as she does with her brother, to keep coping, to keep an open mind, to keep being educated about the world, and to realize she has limits.

She has also grown closer to her aunts and can speak to some members of her family, but it is hard, she said. She just has to deal with the tough process of navigating relationships. Overall, she has to keep learning, she said.

“I’ve realized I can’t change other people’s behavior. If you want to respect love, respect that it has limits. That is a sad outcome, but it is the right one for me,” said Westover.

The 2021 January Series, which is available only online this year, runs live on weekdays from 12:30 p.m. to 1:30 p.m. through Tues., Jan. 26. Each day’s talk is also available for viewing till midnight that same day.