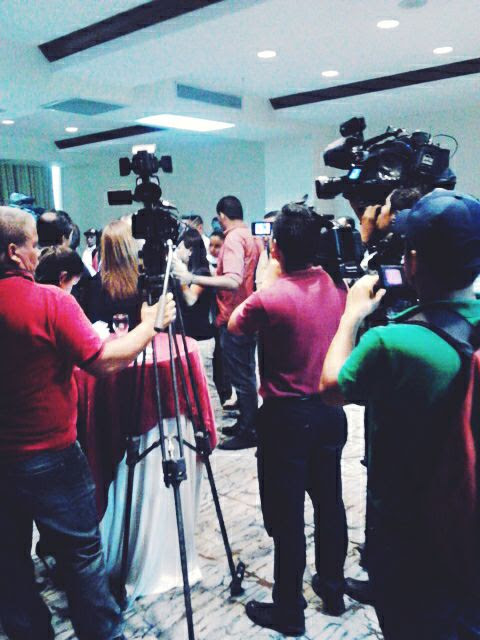 Association for a More Just Society

An Association for a More Just Society (AJS) staff member awoke one morning recently in Honduras to find an anonymous note slipped under his gate. “You’re going to pay,” it said.

It was only the latest in a series of intimidation tactics that have been used against members of a new, three-member commission that is weeding out police corruption in Honduras.

Two commission members are connected to AJS, a social-justice organization in Honduras co-founded by a Calvin College sociologist and recommended for support by the Christian Reformed Church in North America.

“No one is surprised that this is happening, although we had hoped and prayed it wouldn’t happen,” said Rick Bandstra, the volunteer director of AJS in the United States.

“People in positions of power are being threatened, and they are resorting to this type of intimidation.”

For the past several years, AJS has fought for better health care and education, land rights, and protection for victims of sexual violence in Honduras.

The organization has also been advocating to wipe out corruption in the 14,000-member Honduran National Police Force. As a result, leaders of AJS were gratified when two of its members were named in April to what is called the Special Commission for the Purging and Transformation of the Police Force.

The commission was formed by the Honduran president and other lawmakers following media accounts of high-ranking police involvement in the assassination seven years ago of the head of the drug enforcement agency in Honduras.

Since it began its work, the commission has been meeting nearly every day. So far, it has investigated 272 top-level police officers and has removed 106.

In the meantime, intimidation has increased. For instance, a truck with tinted windows and no plates was seen trailing a commissioner’s family for miles, said Bandstra.

Similar trucks, he said, were seen driving around the neighborhoods of commission members, and people have been asking neighbors about the members’ habits—when they left for the day, and when they returned home.

“Certainly, this is scary when it happens to you,” said Bandstra.”But addressing the issue of police corruption has been on our minds and in our plans, which is why we have been speaking out about this.”

The high level of threat has forced several members of the commission and family members to leave their homes and move to more secure locations. They have been assigned multiple armed bodyguards and bulletproof vehicles. Armed guards stand outside of the AJS office.

In a statement, the AJS leadership said, “We may be scared, but we will not be intimidated, because we know who walks alongside us. God planted this zeal and longing for justice in our hearts, and we know he will accompany us in our work to see it accomplished.”

Omar Rivera, director of advocacy for AJS, is a member of the commission, as is Pastor Alberto Solórzano, president of the Coalition of Honduran Evangelical Churches and a board member of AJS. Carlos Hernandez, AJS president, and board member Jorge Machado act as alternates.

“More than anything, the increasing intensity of the backlash shows us that we are closer than we have ever been to eliminating corruption in the police force,” says the statement from AJS leaders.

As it becomes clear that the commission is making inroads in fighting corruption in Honduras, it is important for the international community to offer prayer and show its support for AJS, said Peter VanderMeulen, coordinator of the CRC’s Office of Social Justice.

“The forces of corruption and degradation need to know that if they threaten justice workers in Honduras, they threaten all of us—and their actions will have international consequences,” he said.

VanderMeulen asks members of the CRC and others to “demonstrate a willingness to advocate in Canada and the U.S. for strong international consequences for crimes against those who work for social justice and human rights.”

“If loving our neighbor means anything, it means having her back when she fights evil and seeks the restoration of justice,” said VanderMeulen.

AJS is asking people to pray

“We ask that you partner with us, pray with us, and dream with us of a reality in which the police help, and do not hurt, the Honduran people—a reality that, with our work in purging the police, is looking every day more like reality,” says the statement from AJS leaders.

Click here for more information on the commission’s investigation in Honduras.