Inspire: Are We Listening to Young Adults? 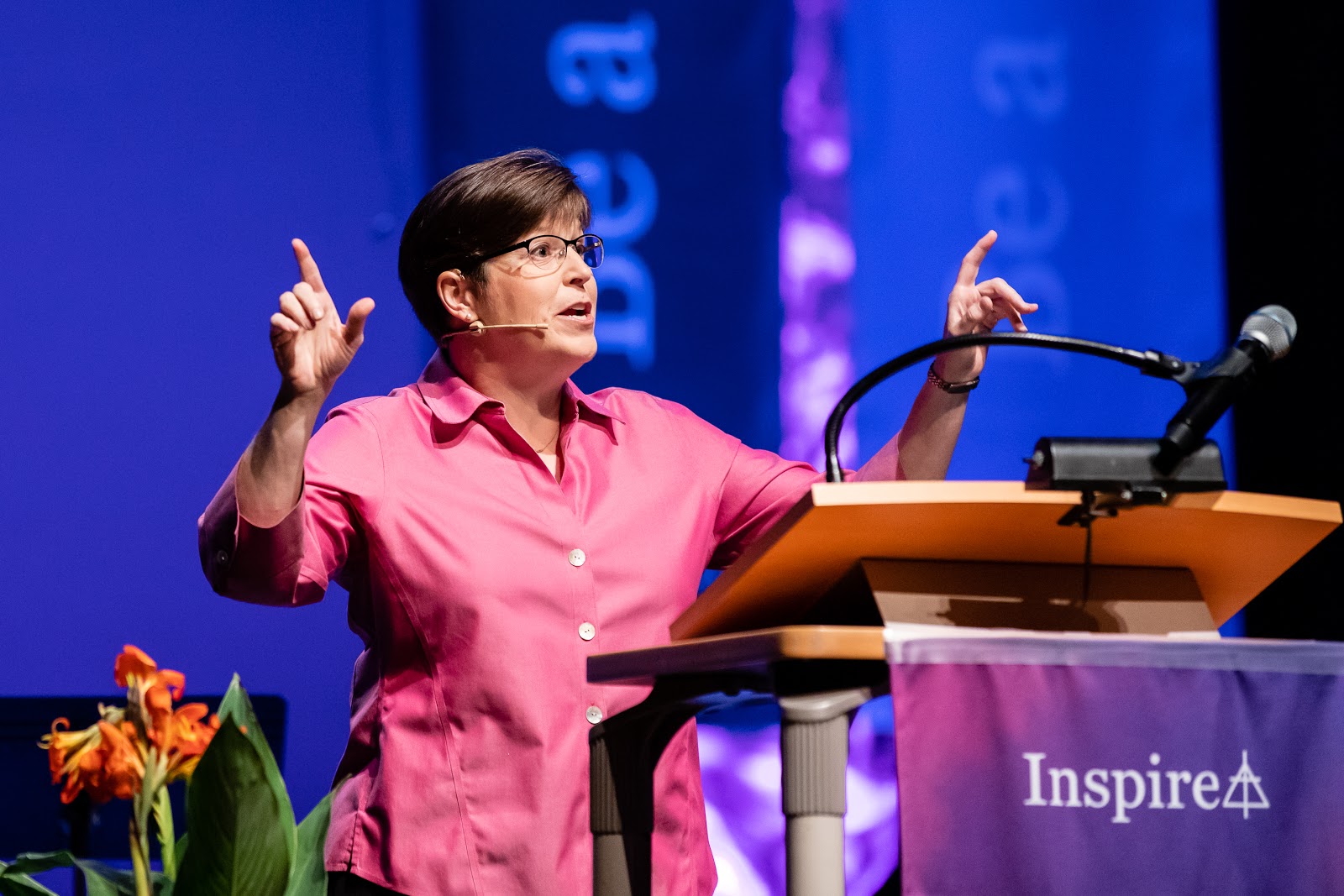 When it comes to raising up the next generation of leaders in the Christian Reformed Church, said Dr. Mary Hulst, we need to be willing to have frank conversations about money, sex, and power.

“We feel really honored that Inspire 2019 is here in our city,” he said before opening in prayer.

Theresa Sims and Faith Hale-Wright, two representatives of local Indigenous peoples, also welcomed attendees through a land acknowledgment, drumming, and a welcome song. Their greeting was especially fitting because the theme of the Aug. 1 evening session was about belonging.

“Several years ago, my home church went through a process to determine who we are,” explained Gail de Young, worship leader for Inspire 2019. “We came up with five ‘be’ values that help us become fuller expressions of our Lord Jesus Christ.”

These values -- “Belong,” “Be Changed,” “Be a Servant,” “Be a Bridge,” and “Be His” -- will serve as the core themes for each of the Inspire 2019 plenary sessions. The first – “Belong” – emphasizes how our congregations and denomination must become places where everyone feels welcomed and embraced. This includes people from diverse backgrounds, such as the Indigenous women who greeted attendees, or the many ethnicities represented in the Inspire praise team. It also includes people of all ages.

“As I speak with young adults and college students, I’ve heard consistent messages about their reluctance to attach to a local congregation,” said Hulst, pointing out that “they love Jesus but they are much more skeptical when it comes to church.”

Hulst explained that as she’s listened to young people, their skepticism about church can be roughly categorized into three categories – money, sex, and power.

“Our young adults are warning us that these old gods are seducing the church in ways that they find deeply troubling,” she said.

Hulst specifically focused on the millennial generation, which she described as between the ages of 22 and 35. Many in this generation are working part-time or contract jobs, they are often deeply in debt from their education, and they are deeply connected to the digital world. They also think about money differently.

Hulst cited that 84 percent of millennials donate to charity, that most tip service staff better than other generations do, and that they are willing to spend more money to purchase products that are ethically sourced or from companies that give back to charity.

“They see their purchasing power as a way to do good in the world,” said Hulst. They are willing to live in tiny houses to reduce their environmental footprint, for example, or will take lower paying jobs that give back to the community. “For millennials, money has to have a story.”

Giving to a general fund at a church without knowing how that money is used is not appealing to this generation, said Hulst. Nor is the idea that most of their church budget is being used to benefit existing members of the local congregation.

“They wonder about how we spend money,” said Hulst, adding that millennials get concerned when they don’t hear sermons about greed, or when they see people spending large amounts of money on luxury items for themselves but don’t volunteer or give back to the local community.

“Our young people were paying attention when we read them the gospel in Sunday school,” she said. “Now, when they come into their own financially, they are looking at us, they are watching us, they are wondering -- and too often when they look at how we spend our money, they are unnerved.”

Hulst said that our congregations need to listen to the questions millennials are asking about money and to find “practical and prayerful ways to respond to emerging young adults who want to submit their bank accounts to the risen King.”

This could include making decisions about spending more of the church budget on community outreach. It could also include offering financial planning seminars and telling more frequent stories about how money is used to further God’s kingdom.

Next, Hulst spoke about issues of sex. She highlighted that 59 percent of millennials are single and that the average age of first marriage continues to increase. The church has not adequately communicated with young adults about how to think about sex or approach singleness in their twenties and thirties, said Hulst. Nor has it adequately had conversations about LGBTQ issues or pornography.

“How are you talking about sex in your churches?” she asked. Do we pray for all of the people dating in our churches today? Do we pray for the sex lives of our married people? Do our prayers of confession ask for forgiveness for one-night stands, for flirting with people who aren’t our spouse, for viewing online pornography, or for how we have treated our LGBTQ members?

“The language we use in worship can teach us how to talk about hard things,” she said, and when we don’t talk about sex, homosexuality, transgender people, pornography, or other difficult topics, then young people fill that void by finding answers in the culture around them.

“What they are hearing loud and clear is that if you are not accepting and affirming of everyone’s choices, then you are a bigot. And they don’t want to be bigots, so many of them are passively accepting the changing dynamics around gender and sexuality without a great deal of concern,” she said.

Talking about sex in a more holistic way, offering support groups for people struggling with pornography addiction, and explaining the church’s position on issues such as homosexuality are all ways that churches can help young adults deal with the issues around them.

On the topic of power Hulst said that power in our churches is defined by who is up front on Sundays, who is on council, and who is making decisions. She encouraged Inspire 2019 attendees to consider what ways they have given millennials to speak into their churches.

“This a generation for whom having a voice matters,” she said, noting that social media and other digital platforms have allowed young adults to express their opinions on almost everything.

Hulst pointed out that giving young adults a voice might include having to change things. Millennials might, for example, be unable to commit to a three-year volunteer term because their lives are in flux. Churches also need to be open to allowing 20- and 30-somethings to shape the culture of their churches.

“We are fine,” said Hulst, addressing the bulk of the people in attendance. She pointed out that these people would stay in church even if the worship style changed or if they didn’t hear a certain topic discussed in a sermon. “The rising generation is not fine. They are calling out. We need to listen.”

Part of this listening, said Hulst, is to have frank conversations about issues of injustice. She highlighted racism as a key area that young adults are passionate about and paying attention to as they see how the church responds.

Another issue is pro-life. “To them, pro-life isn’t just about abortion. Pro-life is about immigration and antiracism; it is about health care and poverty,” Hulst said. “Their view of pro-life is holistic and gospel-fed. That’s where they are, and we need to listen.”

She added that when the “least of these” are not visible in our worship, prayers, or council rooms, the millennial generation notices and they assume that the church does not care.