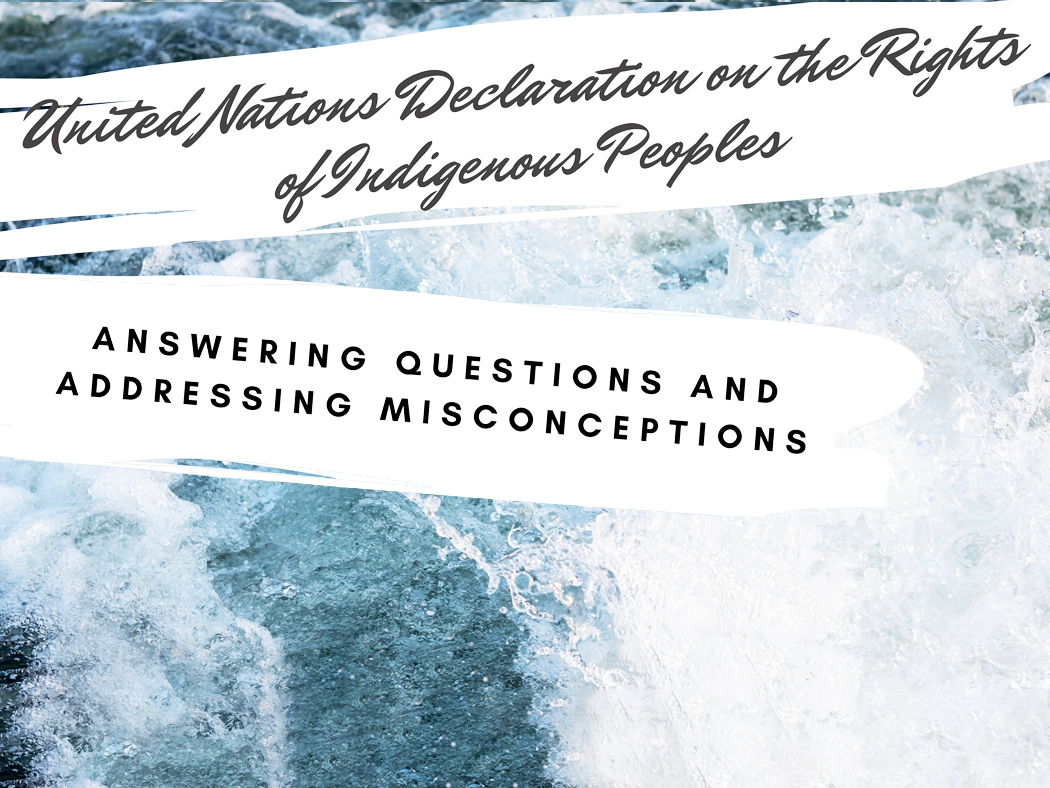 Along with several ecumenical partners, Christian Reformed Church leaders in Canada recently met with Honourable David Lametti, minister of justice and attorney general of Canada, to discuss an important piece of legislation he has introduced in Parliament.

Referred to as Bill C-15, the legislation will create an action plan for implementation of the United Nations Declaration on the Rights of Indigenous Peoples (Declaration). Meeting online, the faith leaders urged Lametti to prioritize this bill through the legislative process this spring.

“He assured us that he would support this bill and help to see it move forward,” said Mike Hogeterp, director of the CRC’s Centre for Public Dialogue in Ottawa, Ont. “We see passage of this bill as one part of a needed reset of the legal relationship between Indigenous peoples and the government of Canada.”

The Declaration respects First Nations, Inuit, and Métis Peoples in their right to manage their affairs and gives them the opportunity to shape their own socioeconomic and political development.

Bill C-15 also includes references “to systemic discrimination, sustainable development, climate change, and the calls for justice from the National Inquiry into Missing and Murdered Indigenous Women and Girls.”

In a letter to Lametti, Darren Roorda, Canadian ministries director, and Shannon Perez, the CRC’s Justice and Reconciliation Mobilizer, joined other faith leaders in thanking him for introducing the legislation and telling him they strongly support his efforts to make the bill a reality.

In the letter they said: “Faith-based civil society, alongside Indigenous sisters and brothers, is keen to support the processes towards the development of the action plan and accountability mechanisms called for in C-15. We recognize this as but one of many urgent steps on the journey of justice and right relationships.”

The Declaration is part of a call to action from the Truth and Reconciliation Commission of Canada (TRC 2008-2015), which gathered testimonies of the experiences of survivors of Indian Residential Schools in Canada.

Underlying the work of the TRC was an effort to address ways in which Indigenous peoples in Canada were shunted aside and oppressed for generations by European settlers who came to Canada to claim the land for themselves.

In a Dec. 4, 2019, address to the Assembly of First Nations: Special Chiefs Assembly, Lametti spoke about his support for the need to provide relief and assistance to Indigenous peoples.

“In our pluralistic country with a deep, dark history of colonialism, we have a responsibility to rethink our approach. For meaningful reconciliation to happen, Indigenous legal traditions must be recognized in their own right and applied alongside Western legal tradition,” he said.

“Not everyone is going to be comfortable with this, but the alternative is unacceptable. From over-representation in the criminal justice system to ongoing fights over inherent rights — the status quo has certainly not served the best interest of Indigenous peoples.

“This is what the TRC identified, as did the final report of the [National Inquiry] into Missing and Murdered Indigenous Women and Girls. It goes to the heart of a shift in culture that people in my position have a responsibility to foster, including elevating the voices of Indigenous peoples who are at the forefront of this work.”

Hogeterp said the passage of C-15 would assist in building predictability for both Indigenous peoples and business interests on matters such as land use and resource extraction.

But, above all, it would honor First Nations’ rights to self-determination.

“This will be a complete shift from offices in Ottawa providing services and direction,” said Hogeterp. “Instead, implementation of the Declaration will honor a principle that the churches have supported since the 1970s —   Indigenous self-determination to address specific Indigenous concerns. . . . This can be an excellent way to begin toward new and healthy relations. It’s an important step on the journey of reconciliation.”

As a result, the church has issued several statements defining the denomination’s stance on Indigenous rights. In one important pastoral statement — the New Covenant Declaration (1987, 2007) — ecumenical leaders invite church members to support Indigenous rights in Canada and to work toward implementation of these rights, including the right to be distinct peoples, to have an adequate land base, self-determination, and self-government.