The House for All Saints and Sinners 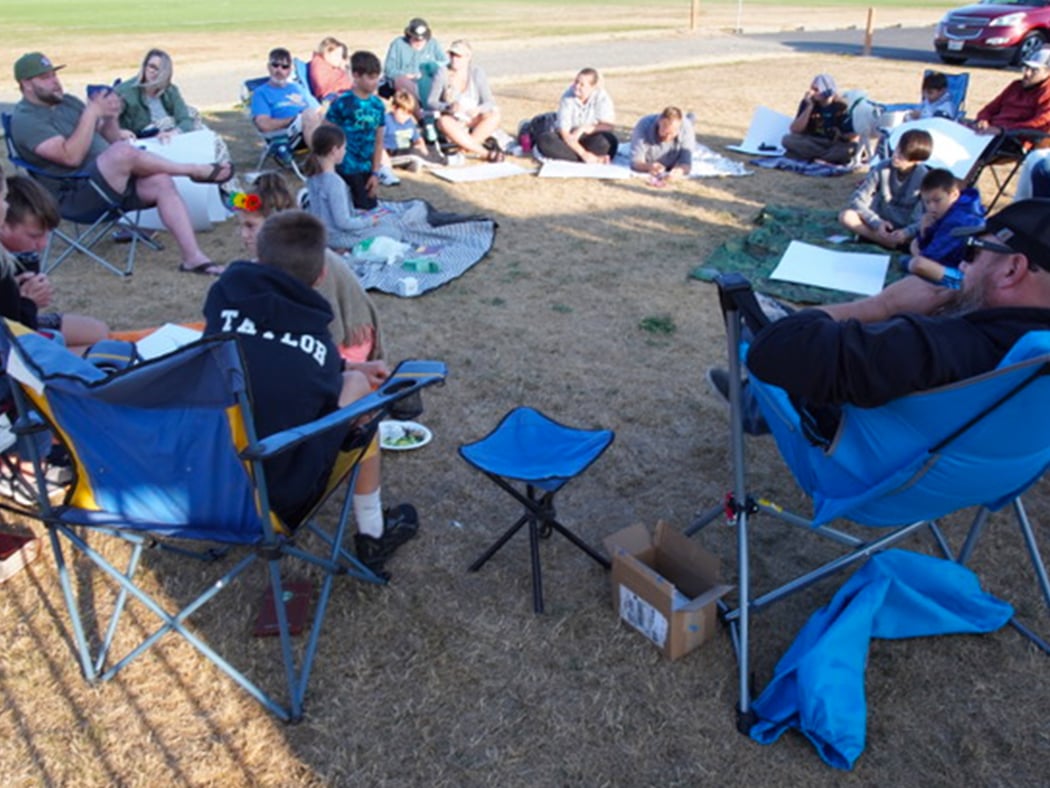 One day, Sean Taylor got a call from someone at Sonlight Community Church in Lynden, Washington. His name kept coming up in conversations about outreach, and they were wondering if he had ever considered planting a church.

But, Sonlight had research to show that wasn’t necessarily true. A few years before, they had surveyed the town. The population had grown rapidly over the past decade, and even though church buildings dotted the map, the survey found that less than a third of people in town were actively part of a church.

“Sonlight has its own unique strengths and capacities to reach the broader community … but we are aware of the fact that there are people who are probably not going to walk into the doors of Sonlight,” said Pastor Mike Slofstra.

So, Sonlight partnered with Sean to start The House for All Saints and Sinners.

“Sean is a natural evangelist,” said Mike. “And most importantly, the good news of the gospel has landed in his heart and his family’s heart so that they’re living in such a way they center their lives around Jesus.”

Nicknamed “The House,” the church plant Sean and Sonlight started is a community of house churches. They gather weekly in small communities of people from all walks, stages, and ages of life. Their sanctuaries are living rooms, kitchens, and yards. They share meals together, listen to a brief message recorded by Sean, read and study Scripture, and pray together. Once a month, all of the house churches come together for a larger worship gathering.

Sean notes there are a number of benefits to the way The House is modeled. It makes it easier for multiple generations to learn together and build relationships with one another. It also provides more opportunities for people to take on responsibility and step into leadership roles, especially in terms of members caring for one another. Sean said that as The House grows, his goal is to become part-time. And yes, the church plant reaches people who may never step foot inside Sonlight’s building.

“Of the house churches that we currently have, it’s a lot of ‘nones’ and ‘dones’—people who have given up on church or have never given church a shot,” said Sean.

And right now, there might be more people than in recent years who have never been part of church or who no longer want to be part of church. Ever since Covid-19 restrictions around in-person gatherings have started to loosen, pastors and other ministry leaders have noticed that not everyone is coming back.

He notes that while people might be leaving the church, they aren’t necessarily giving up on their faith. They may be looking for different expressions of church or new rhythms of ministry. It’s a challenge the church is facing, but it’s also an opportunity to share the gospel and disciple people in new ways. That’s why Sonlight’s partnership with The House energizes him.

“I get very excited when established CRC congregations collaborate with church plants and the Holy Spirit reveals how each becomes gifts to the other and to the ministry context in which they both serve,” said Clarence.

Sonlight provides support for The House—including prayer, finances, holding Sean’s credentials in their church, and more—but the partnership goes both ways. The House has helped to strengthen Sonlight in return.

“To have a church planter in our building asking questions has forced us to ask, ‘How would we answer that question for our church?’” said Mike. “It’s forcing Sonlight to ask why we do things we do. It’s giving us eyes to see things we haven’t before.”

The House currently has five house churches gathering weekly (their goal is 40 within the first three years). People have mostly been joining through word of mouth—they have a connection with a friend, co-worker, or neighbor.

He’s thankful for the relationship that’s forming between Sonlight and The House. He said that their humility and passion for their community was what drew him to work with the church.

“It was their willingness to say, ‘We understand the limitation of who we’re able to reach, and we’re willing to risk everything we’ve got to reach people we don’t know how to reach blocks away from where we are,’” said Sean.

“It’s forcing us to look outside of ourselves,” added Mike. “It’s really easy from everything how you pray, how you serve, and where you spend your money to fall into the trap of building a church that becomes a social club. And the church plant has given us the opportunity to invest outside of ourselves.”