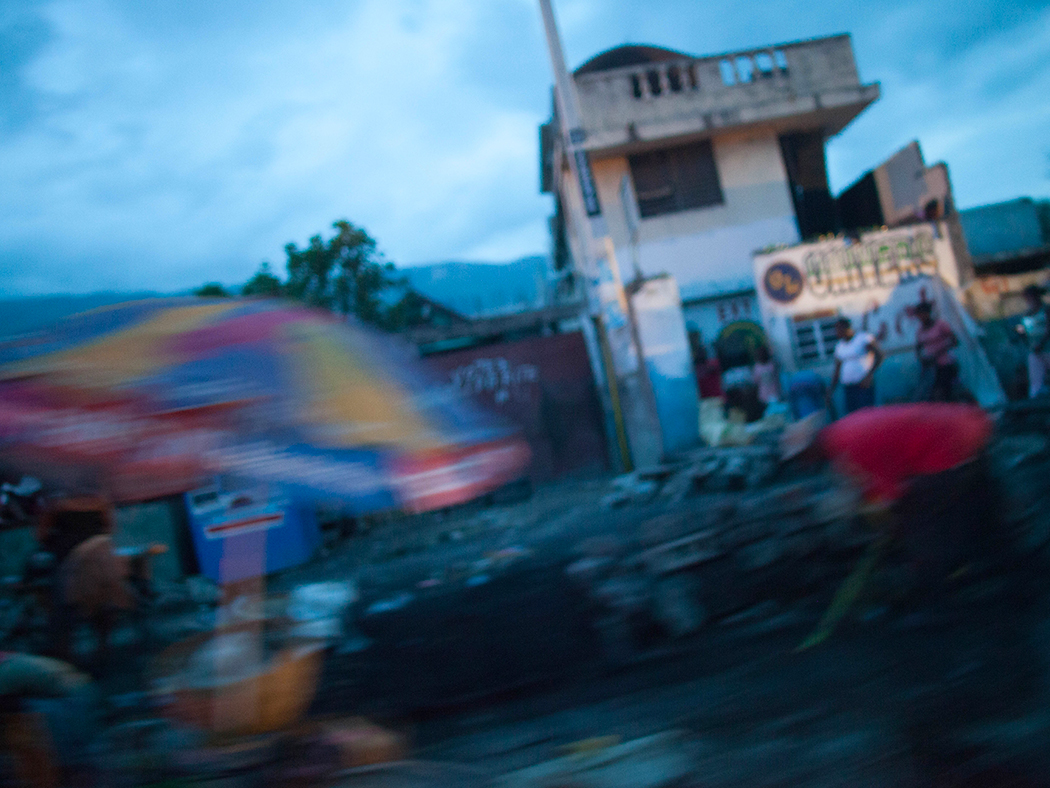 After months of civil unrest, violence, and the recent assassination of President Moïse, suffering continues in Haiti as people sort through the rubble from a massive (7.2 magnitude) earthquake that hit Saturday, Aug. 14 at 8:29 a.m. local time.

The Christian Reformed Church in North America has a long history of working in Haiti. Today, both World Renew and Resonate Global Mission work together in Haiti under the umbrella name - Sous Espwa (which means “Source of Hope”). They are responding to this current crisis.

The epicenter of the earthquake was located in the Nippes department, near the city of Les Cayes, lying 150 km southwest of Port-au-Prince. For many Haitians, this earthquake is reminiscent of the deadly earthquake that struck Haiti in 2010.

As of Sunday, Aug. 15, Haiti’s civil protection office has reported that the 2021 quake has wrought the following damage:

The count of those dead, injured, and displaced is expected to continue to climb.

In the city of Les Cayes, where the worst of the quake hit, rescuers are desperately trying to find survivors in the rubble of collapsed buildings. Prime Minister Ariel Henry has declared a month-long state of emergency and has asked for international support. There is currently little to no capacity for local hospitals to assist the injured and humanitarian organizations are attempting to negotiate safe passage for response units to travel from Port-au-Prince to Les Cayes as the only road they can travel is “gang-controlled.” It is unclear whether an alternative route, such as air travel, will need to be used by humanitarian organizations.

Further complicating relief and rescue efforts, Tropical Depression Grace has begun to drench the earthquake-affected areas; 10 inches of rainfall is expected and many survivors do not have any shelter to protect them.

Ysmela Saint-Val, 72, has eight children, three of whom live together in Port-au-Prince and four more who live with her in Lescave.

A widow, Ysmela’s main vocation has been agriculture: selling the beans and yams she grows. She was working on her farm when the earthquake hit  and she immediately thought of her three children at home, fearful they could have been harmed.

When she made it home, Ysmela saw the house had collapsed. She thanked God her children were safe. But now Ysmela and her family are on the street, all houses in her neighborhood are either damaged or collapsed.

In Ysmela’s words: “I would like to have a place to rest my head, and be able to feed my family.”

The situation for Ysmela and her family is critical. They need shelter, provision, and support to pick up the pieces of their lives.

Due to the large outages caused by the quake, communication with the affected area has been sporadic. On the ground, the World Renew Haiti team has been connecting with partners in the area and is coordinating with the UN clusters and Red Cross.

In the coming days, World Renew, Sous Espwa and their partners, will be meeting urgent needs such as providing tarps for shelter and non-food item (NFI) kits that include household and personal care items for families who have lost their homes. At the same time, World Renew is taking part in assessment efforts to determine medium-term needs.

We covet your prayers and your support as we begin the long work ahead. To give immediately so your funds can go to the most critical needs as they emerge, click the button below: