God Has ‘Taken Us for a Ride’ 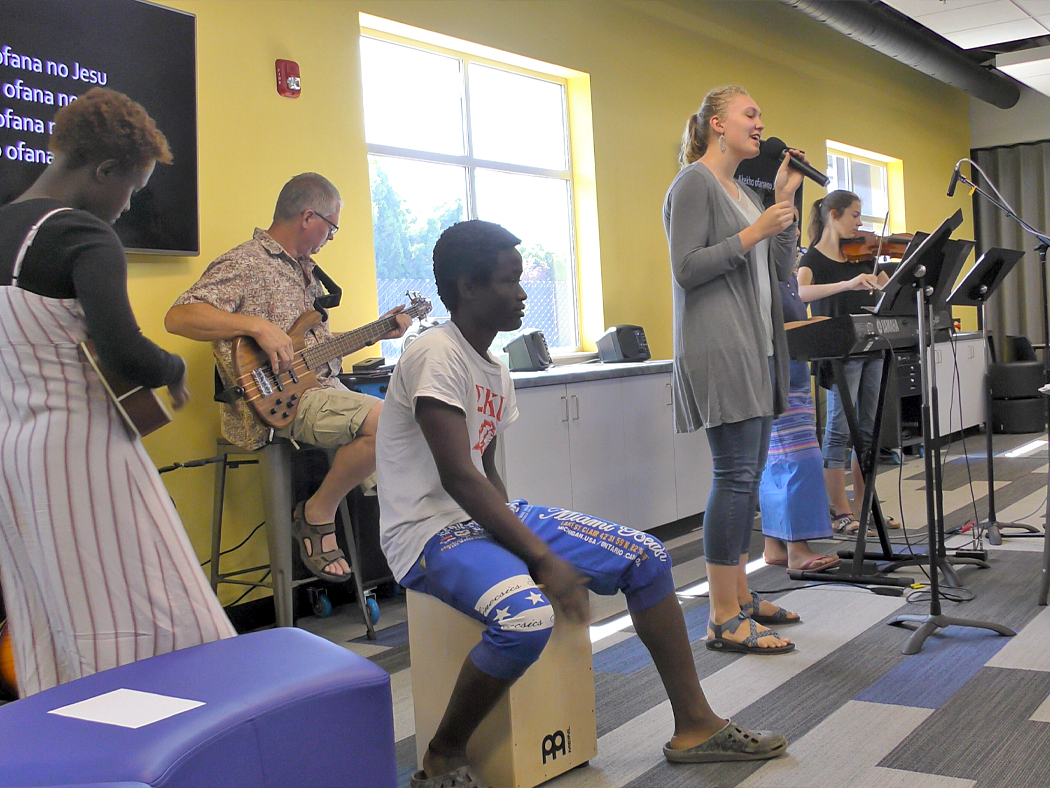 Aiming to follow the leading of the Holy Spirit, Family of Faith Church in Kennewick, Wash., has evolved from worshiping in a spacious building in a comfortable neighborhood to moving into a Boys and Girls Club in an area filled with refugees from around the world.

They also hope soon to start building a ministry center on a plot of land the church owns next to the club in east Kennewick. They plan to use the facility to continue answering the call of God to connect with and serve people who come to live there from tough circumstances in such countries as Myanmar, Syria, and the Republic of the Congo, said Tom Kok, pastor of Family of Faith.

Like other congregations, added Kok, theirs is the story of a church that had faced dwindling membership and the possibility of closing its doors and is now working to find a new focus and a plan for ministry that can bring renewed life to the congregation.

“We had the feeling that if we didn’t do something new, we would fade away,” said Kok. “We had to listen to what God was saying to us.”

Helping them to listen was Keith Doornbos, executive director of the Center for Church Renewal. At that time, directing what was called the Church Renewal Lab, Doornbos had begun working with a few churches in Classis Columbia to go through a renewal process.

“I especially got to know the Family of Faith congregation and their vision during a site visit in May 2019,” said Doornbos.

While there, he observed that the church had a number of challenges and yet was ready to do something different.

“They were a congregation that had lost several members, and they had a church facility that they no longer needed and could no longer afford.

“But,” added Doornbos, “they had a pastor and his wife who were passionate about ministering to people in need, and they already had members working in east Kennewick.”

In 2007, Family of Faith member Theresa Roosendaal had begun to work with some Karen refugees from Myanmar (Burma) who were being brought into the area by the global humanitarian agency World Relief.

Twenty-seven languages are now spoken in the low-income, under-served area, where more than 1,000 children live with their families in apartment buildings covering about 10 square blocks.

Out of an apartment in one of those buildings, Roosendaal began the Family Learning Center, offering English classes, school mentoring, and assistance for refugees toward finding work and obtaining citizenship.

The center also offers other classes for adults, such as an evening conversation class and a class focused on health and health-related vocabulary. All of these classes are taught by volunteers.

In addition, the center cooperates with the Kennewick School District and the Children’s Reading Foundation of the Mid-Columbia to offer pre-kindergarten classes for families.

While Roosendaal’s church has supported the ministry, she initially did much of the work on her own. Over time, she has connected with other churches in what is called the Tri-Cities area. Located in southeastern Washington along the Columbia River, the area includes Kennewick, Pasco, and Richland.

“I began as a volunteer for World Relief and then got more involved in helping refugees who moved in here,” she said. “We began at one point to transport 50 refugees every Sunday to Family of Faith Church. It was very sweet, even though they didn’t speak English.”

There were times, she said, when the refugees nearly outnumbered the regular churchgoers. But these Karen refugees added richness and depth to the church, perhaps inspiring Family of Faith members to consider a wider vision for their congregation.

After a time, a Karen woman began a church for her fellow refugees, and they met at Family of Faith on Sunday afternoons. A Ukrainian Pentecostal congregation also worshiped in the building, which featured a sanctuary seating more than 300 people and stained-glass windows in the front.

Eventually, when Family of Faith decided it was time to move, it sold the church building to the Ukrainian congregation and relocated late last year to the Boys and Girls Club that had just been built in east Kennewick.

“Before the move, we needed to struggle with defining our purpose: What does God have in mind for us?” said Kok.

He preached messages on the topic; they read books and had small group discussions about the future and what God was calling them to do.

“When the Ukrainian congregation wanted to buy the church and the parsonage, we realized that God was giving us an opportunity to do something different. We decided we could move and try something new or we could stay where we were and fail.”

The Church Renewal Lab, he added, helped lay the groundwork within the congregation to leave the safety and familiarity of their church, founded more than 50 years earlier and once having a membership of more than 300 people.

“I was amazed by the willingness of the church to do this. The congregation was incredible,” said Kok. “The vast majority saw the larger idea of God’s mission in the world.”

The Church Renewal Lab, said Doornbos, reminded the church that revitalization is the work of the Spirit and that their “job is to discern the Spirit’s work and have the courage to follow the Spirit into that work.”

In many ways, Family of Faith determined that its mission was to follow Theresa Roosendaal into the neighborhood where refugees are currently arriving from an increasing number of countries.

Now working out of side-by-side apartments in the apartment building, the Family Learning Center welcomes volunteers to help with the work, which is hands-on, side-by-side discipleship, said Roosendal.

She said that, for her, evangelism is a matter of developing friendships, sharing food and stories, showing hospitality, and reflecting the love and mission of Christ in what you do.

As a result, her hope and prayer is that this approach can be used by Family of Faith as it moves into its new ministry center. It will still be a church, of course, but she hopes it can also be a drop-in center, a place to serve the neighborhood, and a home-away-from-home for refugees.

“I believe we are called to live transformed lives in
God’s kingdom,” she said. “It is not just about knocking on doors. We need to take a new and challenging approach. I don’t know what the future holds. . . . but I believe we plant the seeds and God harvests them.”

Because of the COVID-19 pandemic, said Kok, Family of Faith has had to meet online — a difficult challenge as members have tried to get comfortable in their new space and find their bearings in the neighborhood.

But they are still connected to the Karen church, which purchased a building down the street from them. Kok recently preached at one of their services, and the two congregations may have a joint Christmas service.

“I am working toward being the last Anglo pastor of this church,” said Kok. “We have a lot of challenges before us, and we are endeavoring to remain positive. I’m not quite sure what will come. . . . but God sure has taken us for a ride.”