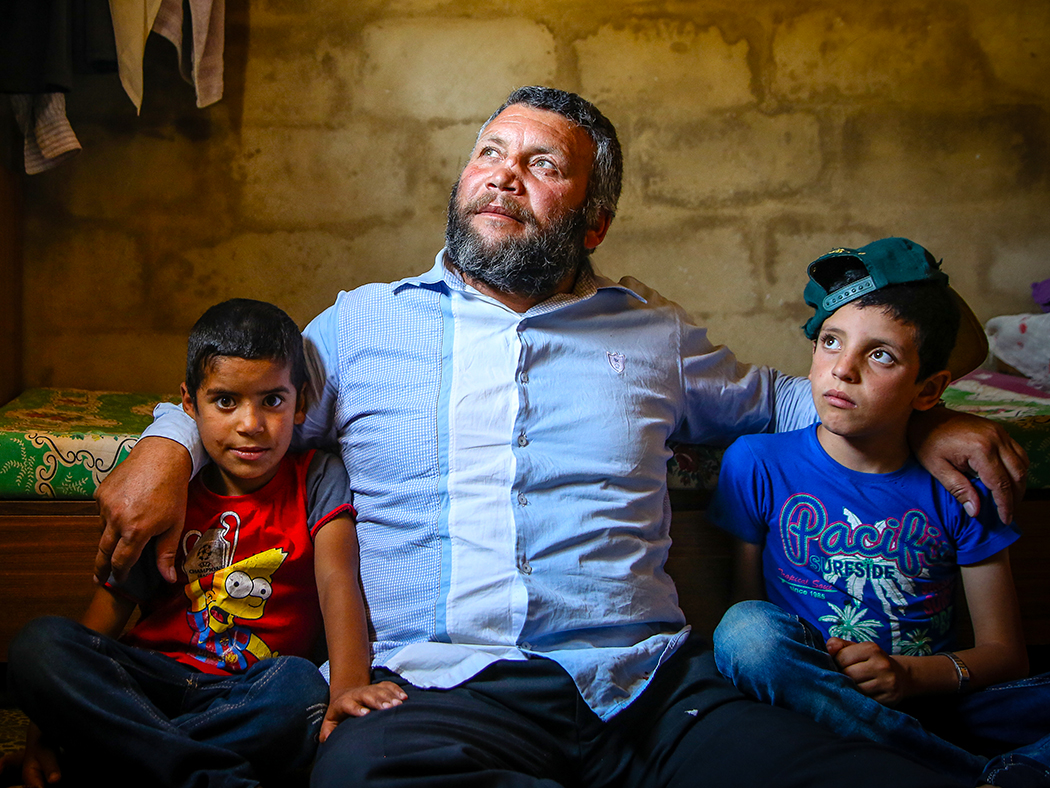 The ongoing war in Syria has forced millions from their homes over the last decade, leaving many people displaced internally and many more living as refugees in other countries.

Amid the violence and instability, a quieter but still deadly threat has been facing those who had to flee: hunger.

Hassan is one of the 1.5 million Syrian refugees in neighbouring Lebanon, where he resettled with his two sons—Hussein, 7, and Ali, 9—after suffering an injury to his leg during the war in Syria. The hospital was able to fix the bone and stop the spread of infection, though he can no longer bend his leg.

Around the same time, Hassan’s wife and the boys’ mother died of a heart attack. Through the hardship, Hassan was grateful for one thing: “I thank God I’m still alive to be there for my young kids.”

After escaping the violence that left him physically scarred, life for Hassan and his family didn’t get much easier. Of the many needs that have been a struggle to meet, food is one of the most pressing.

The economic downturn, skyrocketing inflation, COVID-19 and finally the explosion last summer in Lebanon’s capital of Beirut, in which a large amount of ammonium nitrate exploded, causing at least 207 deaths, 7,500 injuries, and leaving an estimated 300,000 people homeless,. have pushed vulnerable communities in Lebanon – including Syrian refugees – to the brink. Thousands of families have sunk further into poverty and vulnerability.

MERATH and its network of local churches, through the support of World Renew and Canadian Foodgrains Bank, distributes food vouchers to refugee families in need. The vouchers give people like Hassan the opportunity to determine their own families’ needs and purchase their food at local shops. They are a lifeline to families, as Hassan explains.

“These food vouchers are a daily necessity for our family—we thank God for them. If it wasn’t for the church providing those food needs it would be much worse,” he said.

In Lebanon and Syria, deliveries of food vouchers and food boxes to the displaced continue through the pandemic, with volunteers working extra hard to deliver assistance in COVID-safe ways.

In the face of these challenges, support is needed more than ever. And through a matching partnership with the Canadian Foodgrains Bank gifts from Canadians will be matched up to 4 times—meaning every $1 donated will become $5.