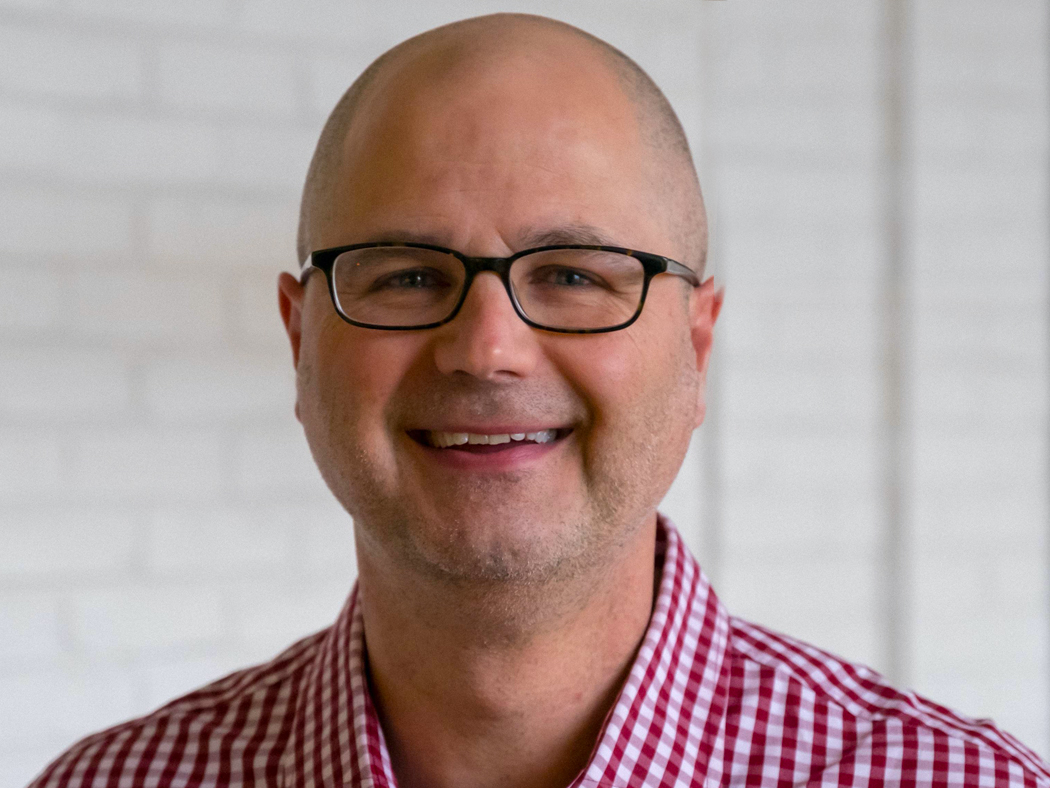 In this time of political and racial division, said Scott Sauls in the final presentation of the January Series 2021, it might help if we took some life lessons from Fred Rogers, the Presbyterian pastor and TV personality whose show Mr. Rogers’ Neighborhood ran on PBS for more than 30 years.

“In the past few years, Fred Rogers has been reemerging. He was an inspiration, especially in the way that he embodied gentleness,” said Sauls, senior pastor of Christ Presbyterian Church in Nashville, Tenn.

Leading to this rebirth of interest in Mr. Rogers was the 2019 movie A Beautiful Day in the Neighborhoodstarring Tom Hanks; the 2020 documentary Won't You Be My Neighbor?; and the 2019 book Exactly as You Are: The Life and Faith of Mr. Rogers. Fred Rogers died in 2003.

“I think the Mr. Rogers phenomenon suggests that there is a quiet majority of people who don’t like the current social climate — that they crave the kind of gentleness and wonder he brought to the world,” said Sauls.

Many people long to hear kind words instead of the rancorous arguing that has gone on, especially during the recent political season, said Sauls. People are tired of the conflict, in church and in society — and they want to hear steady, truthful voices.

“I think Fred Rogers believed you should be kind to everyone because every person you meet is fighting battles,” said Sauls. “He treated everyone with dignity, asking them to be his neighbor and letting them know” he not only loved them but “he liked them.”

Before coming to Nashville, Sauls was a leader and preaching pastor for Redeemer Presbyterian Church in New York City, where he worked alongside Dr. Timothy Keller. He has also planted and pastored churches in Kansas City and St. Louis, and he is a frequent speaker at conferences, leadership retreats, and events for university students.

In his January Series talk, titled “Prophetic Fire and Persuasive Gentleness: Why We Must Have Both,” he said he believes Fred Rogers exemplified a kind, gentle spirit because of the turmoil he felt growing up.

“Many people might be surprised that Mr. Rogers was largely driven by distressed emotion — anger, sadness, hurt, shame, living in fear,” said Sauls. “A major impulse behind his gentleness was that he never got over being bullied in school by his peers who called him ‘Fat Fred.’ He made the decision, out of his own anger and sadness, that no other child would ever feel the way he felt. He knew how words could cut us deeply.”

Turning from Mr. Rogers, Sauls said we can also, of course, emulate and learn from Jesus, who was certainly kind and gentle in heart. But there is more.

Christ was also driven by something that caused his gentleness to turn to anger — or strong, open emotion — when confronting injustice or hypocrisy.

This is the prophetic fire — a fire that Mr. Rogers also had in a subtle way — that Sauls refers to in the title of his talk.

“If you want to be the aroma of Christ in the world, you may have to be angry sometimes,” said Sauls. “I’m not talking about losing your cool in a raging fire, but in a righteous fire. There is a righteous fire about Christ sometimes, such as when he flings over the tables” of the moneychangers.

There is also a righteous fire about Christ when he visits the tomb of his friend Lazarus. Watching others weep over Lazarus’ death, Christ gets angry over the reality of death, and, feeling deep compassion, he weeps.

In another instance, recorded in Luke 7:36-50, Jesus is eating at the home of a Pharisee when a woman comes in, kneels down, breaks open a flask, and begins crying, wetting Jesus’ feet with her tears. Then, wiping his feet with her hair, she anoints his feet with perfume from the flask.

When the Pharisee saw this, he asked himself why Christ would allow this woman — likely a prostitute  — to touch him that way.

Making a point about what is truly just, Jesus said: “You did not put oil on my head, but she has poured perfume on my feet. Therefore, I tell you, her many sins have been forgiven — as her great love has shown. But whoever has been forgiven little loves little” (Luke 7:46-47).

“This woman put on a clinic for the Pharisee, showing what real worship is,” said Sauls.

As 2021 opens, said Sauls, now is the time for people to reason together, to be gentle like Mr. Rogers and Jesus, but also to allow our anger — wherever it may arise within us — to show itself in the right way and in the right circumstances.

“Hate cannot drive out hate; only love can do that,” said Sauls. “Christianity is a fighting religion. God insists that we address issues and put things right again.”

Just like Mr. Rogers, who channeled his childhood pain into gentleness and love, said Sauls, we can also tap into our “distressed emotions” to act in kindness and, when necessary, in righteous anger over injustice.

“Anger can be  a legitimate release valve,” he said. “The fruit of such distress is when you channel your anger toward love.”