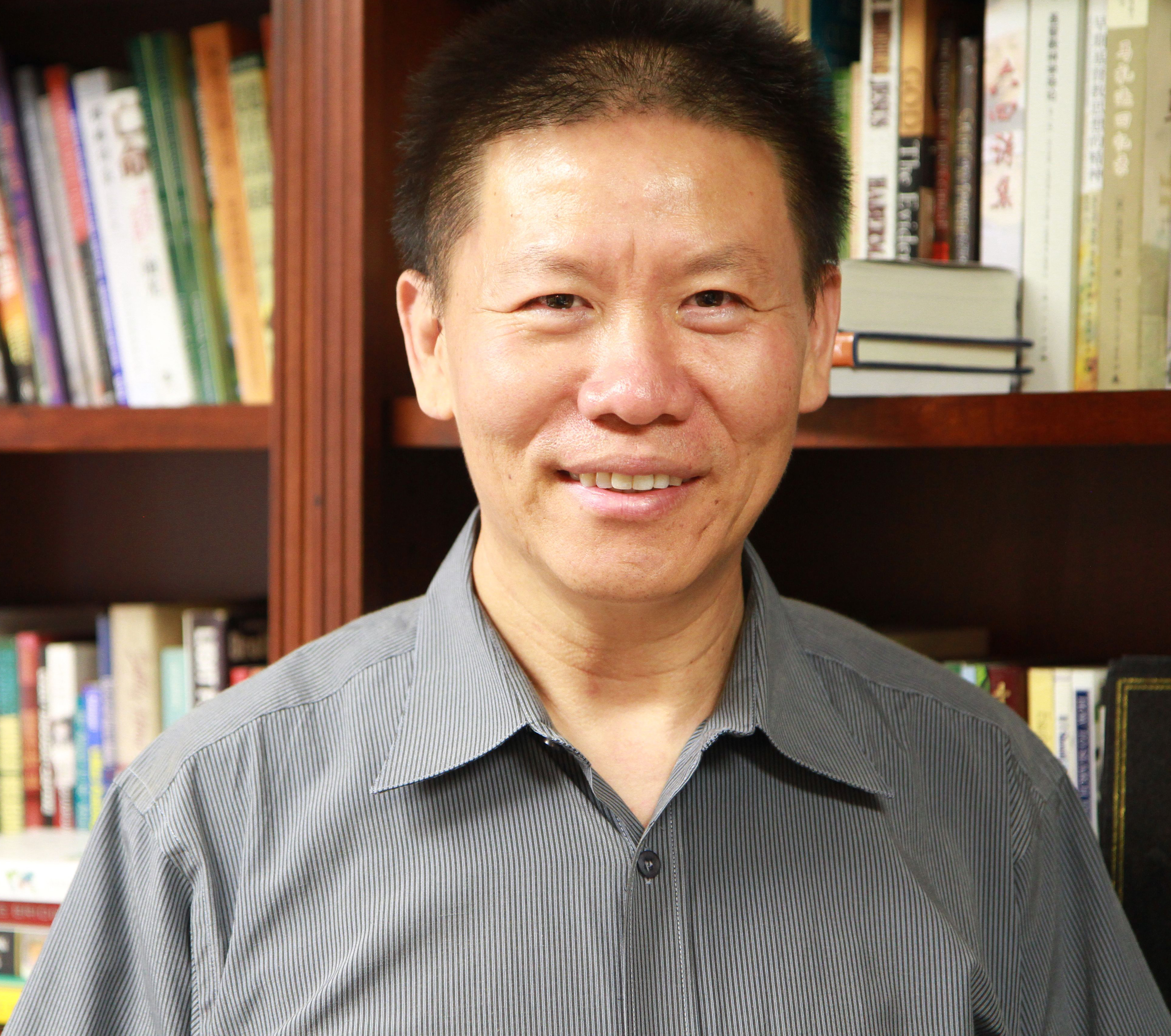 Bob Fu has been imprisoned more than once for his political and religious views. Despite this, he encouraged listeners at  Calvin University’s January Series to also be willing to act on their beliefs.

Fu is now president of the Texas-based organization China Aid. His imprisonment happened while he was still living in his home country of China. He was first detained for helping to lead student protests in Beijing’s Tiananmen Square on June 4, 1989. Eventually the Chinese military used tanks and assault rifles to break up that protest, and hundreds of people were killed.

In 1996 Fu was arrested again — this time for running an underground church in Beijing with his wife.

“I was put in isolation in a dark prison 24 hours a day, seven days a week, for two months,” he said. “One of the guards told me, ‘We can dig a hole and bury you, and no one will never know.”

Fu later learned that his wife was in the same prison. Fortunately they were released and were eventually able to flee to Hong Kong. From there they made their way to the U.S., where Fu has become a voice for all others undergoing religious persecution in China.

In his January Series talk, titled “When Caesar Demands to be God: Religious Freedom in China,” Fu said that religious persecution in China is now worse than when he lived there. In fact, it is worse than anything experienced in China since the Cultural Revolution, which took place between 1966 and 1976 under the tyrannical rule of Chairman Mao Zedong.

Fu estimates that more than 100,000 churches have been closed, thousands of pastors and church leaders have been put in jail, and millions of Chinese Christians have been forced to renounce their faith and “go through brainwashing” over the past few years.

The source of the persecution, he said, is the current Chinese leader, Xi Jinping, whom Fu compares to Caesar—that is, Nero, the first-century Roman emperor who violently oppressed Christians throughout his empire. Just as Caesar sought to be the god to whom everyone swore allegiance, said Fu, Xi Jinping wants Chinese citizens to turn their backs on religion and embrace the government.

Xi Jinping has been the top official in China since 2012. His repression and persecution of people of faith, including Buddhists and Muslims, has grown from that time and has become especially harsh since 2018.

“In churches today, they sing the Chinese national anthem before any worship song is sung,” Fu said. “The minister gives one half of the sermon, and then the second half is given by someone from the Communist leadership committee. . . . Caesar is determined to be lifted up and worshiped on the pulpit.”

Xi Jinping has also begun widespread persecution and confinement of the Uyghurs, a Muslim minority living in Xinjiang, an autonomous region in northwestern China.

“Between 1.2 million to 2.5 million Uyghurs have been put in concentration camps in the past three years or so,” said Fu.

“These are called ‘vocational training camps.’ They have no freedom to practice their faith, and they have been forced to learn the Mandarin language and to eat pork (which is prohibited by Islam).”

In addition, there has been a war against religious education for children. “No one under the age of 18 is allowed in a church building, or they will face serious consequences,” said Fu. “In every school, children are not allowed to get any religious education or participate in religious activities.”

House churches, which are independent worship communities, have been particularly targeted by Xi Jinping and his government. “These churches have grown fast and, of course, the emperor took notice and launched a severe crackdown,” Fu said.

Leaders of house churches have been arrested, tortured, and tried by secret courts before being sentenced to prison, often for many years, said Fu.

One of Fu’s friends, John Cao, a house church pastor, is now serving seven years in prison in China “for organizing illegal crossings of national borders.”

“John lived in the U.S. and had a comfortable life. He could have fulfilled the American dream by becoming a U.S. citizen. Instead, he went back to China to work in ministry,” said Fu.

Besides becoming leader of a large house church, he began small Bible schools and other schools. When he went to visit Myanmar (also known as Burma), said Fu, “he saw hundreds of thousands of Chin people being persecuted by the Burmese military. They were barefoot, had few clothes, and were without food.”

With the help of volunteers from Chinese house churches, he worked in Malaysia, brought in aid, and built several schools for more than 2,000 children. He crossed the border between Myanmar and China, with the knowledge of Chinese officials, for three years before he was arrested.

“He was deemed a criminal for engaging in illegal charitable work,” said Fu.

Leaders and members of another house church, Living Stone Church in the central highlands of China, were also arrested. They refused to buckle under to Chinese authorities who sought to suppress the church’s activities in many ways.

“Their crime was lifting up the name of the Lord as the only living God — and that is an offense to the emperor, to Caesar” said Fu.

Fu recounted the story of a government inspector visiting a church to make sure it was following the rules. Seeing the 10 Commandments posted on the wall, the inspector demanded that one of them be removed.

Caesar wants no other gods being worshiped in China, Fu said. “It is spiritual warfare. Persecution is reaching the worst level since the time of Mao Zedong.”

Fu asked people to pray intensely for Christians in China. When he was in jail, he was told by someone, ‘Brother Fu, many people in the outside world are deeply caring for you.’ I knew I wasn’t alone. Even as I faced torture and beating, Jesus was with me.”

Ironically, the persecutions, first during the Cultural Revolution and now under Xi Jinping, have led to an explosion in the number of Christians, said Fu.

“There were one million Christians left in 1949 (after World War II),” he said. “Now, after years of persecution, estimates are that there are 116 million Christians in China. . . . By the end of the day, we may end up seeing Caesar as the most favorable servant of the Lord.”

Even in the midst of persecution, Fu added, “there is hope.”

In 2011 the Nobel Prize Committee recognized Fu’s efforts with an invitation to attend the award ceremony for Nobel Laureate Chinese dissident Liu Xiaobo.

Fu started China Aid in 2002 from the garage of his Philadelphia home. He relocated to Texas in 2004. The group has stayed active through the years, campaigning for religious freedom in China and encouraging supporters to write to imprisoned Christians in China. Fu regularly briefs the State Department and Members of Congress, including Members of the International Religious Freedom Caucus, on the status of religious freedom and the rule of law in China.