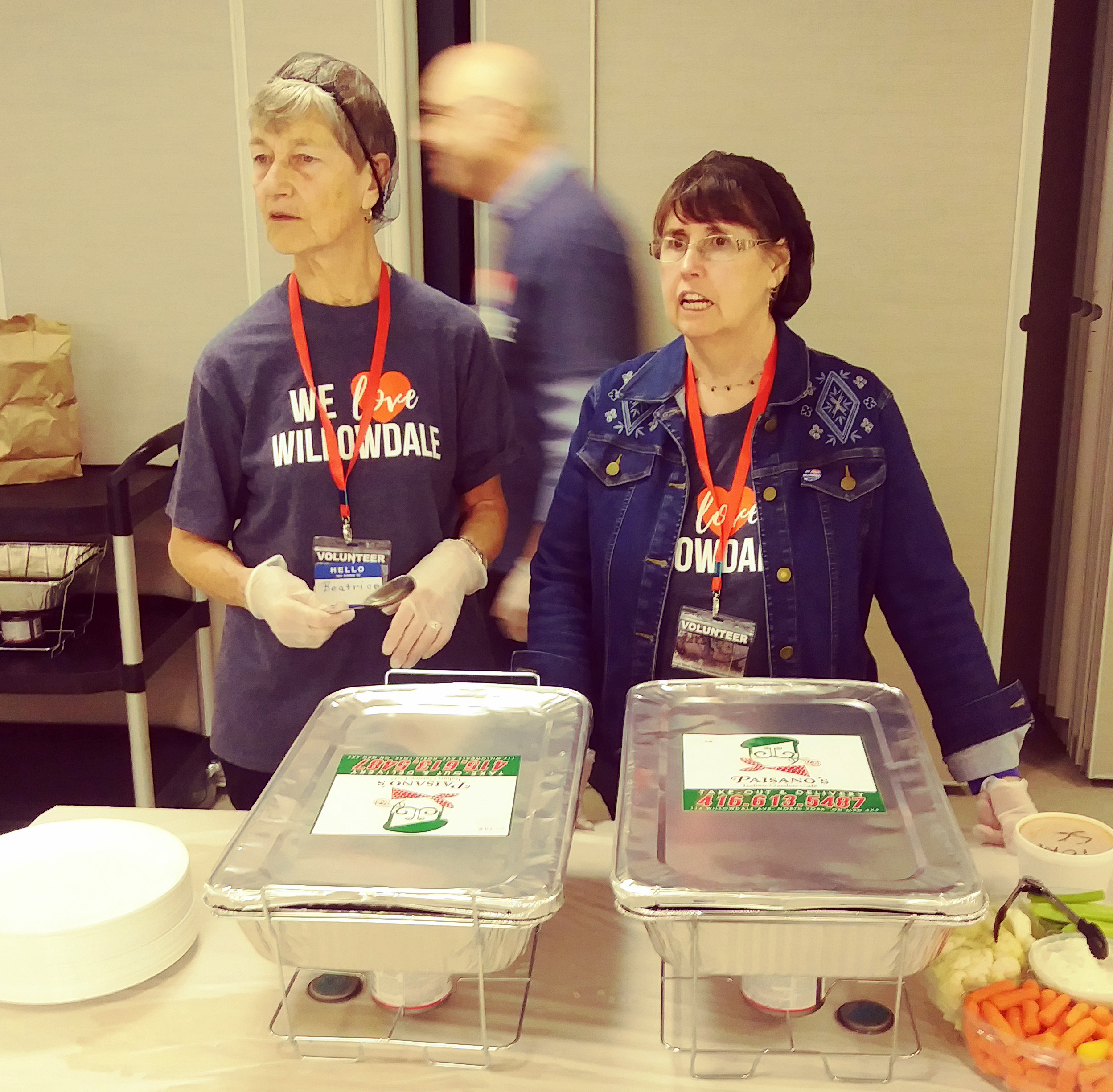 One year after a van attack left 10 people dead and 16 injured in Toronto’s Yonge Street/Finch Avenue area, local churches worked together to remember the victims, share stories over dinner, and simply connect as a community.

Members of Willowdale Christian Reformed Church in Toronto volunteered Apr. 23, 2019, at St. George on Yonge Anglican Church. This was one of eight venues throughout the Willowdale neighborhood to host a dinner that evening on the one-year anniversary of the attack.

John Meiboom, a member of Willowdale CRC, helped to organize the dinner at the St. George site. The two churches welcomed about 100 community members for dinner, he said.

“It was a wonderful, diverse group of people, as were the group of volunteers,” he noted.

“They were invited to share together about their experience of one year ago,” as well as to enjoy tips about more everyday things, like highlighting their favorite restaurant in the area, said Meiboom. “At my table, people were so happy that this dinner was taking place.”

He shared that one couple he met had said they were not usually churchgoers but had found comfort after the attack by visiting an altar set up outside of St. George on Yonge.

“When they had to decide which of the eight dinner locations to attend, they wanted to attend this one,” said Meiboom.

To help cover expenses for the dinner, Willowdale applied for and received a grant from the Ecumenical and Interfaith Relations Committee (EIRC), a standing committee that the Christian Reformed Church in North America created decades ago to encourage connections between churches of different denominations.

In addition to serving the Willowdale community, the dinners created a lasting ecumenical bond between churches, noted Meiboom.

“A new coalition of churches has come into being as a result of the gathering of leaders of various churches to plan these dinners and other ways of commemorating this tragic anniversary. There is a determination to be a more unified Christian presence.”

The EIRC offers six grants each year for programs and events that foster dialogue and connection between churches of different denominations in Canada. Each grant awards up to $500.

Other initiatives aided by these grants have included an affordable housing forum in Etobicoke, Ont.; a backyard mission in Chatham, Ont.; a shared VBS program in Blythe, Ont.; and a community barbecue in La Glace, Alta.

The grant application process for 2019-2020 begins in July, and eligible Canadian CRC congregations and ministries can apply by sending an email to Peter Elgersma at [email protected].