Earthkeeping and the Church 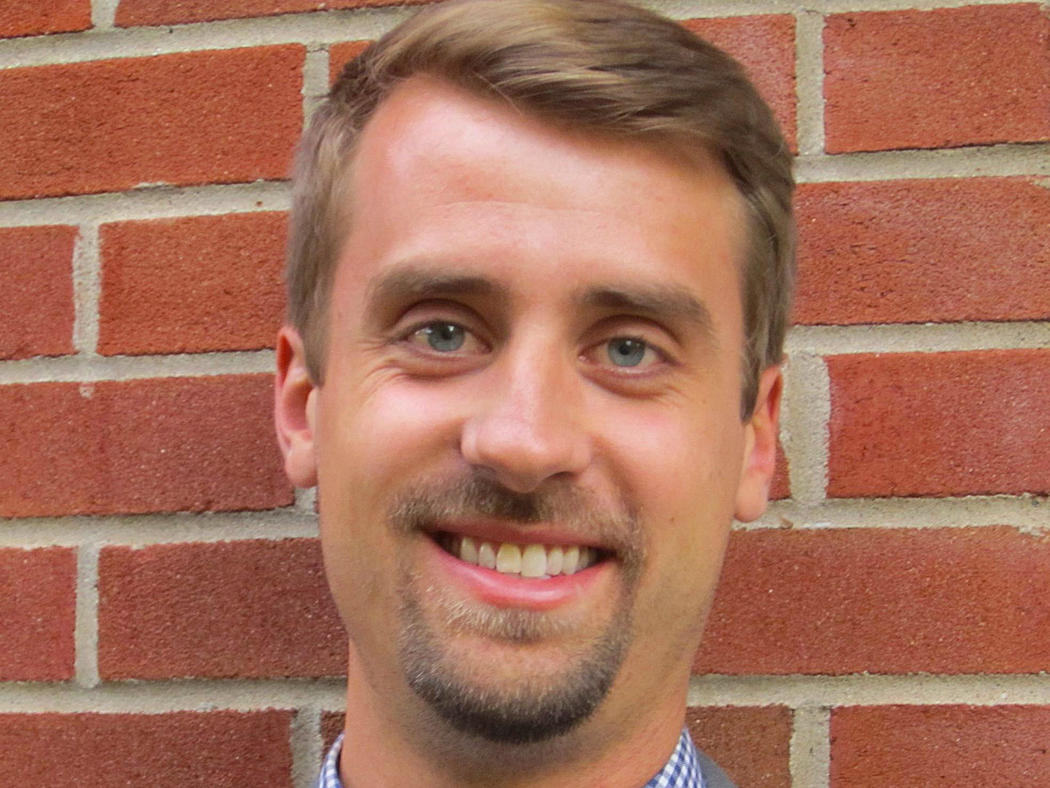 Kyle Meyaard-Schaap recently became vice president for the Evangelical Environmental Network. Before that he was the national organizer and spokesperson for EEN's youth ministry, Young Evangelicals for Climate Action. He is an ordained minister in the Christian Reformed Church in North America. In this edited conversation, Meyaard-Schaap describes differences among generations and cultures in their willingness to answer God's call to care for the whole creation.

How did your work change when you moved from Young Evangelicals of America (YECA) to the Evangelical Environmental Network (EEN)?

YECA unites evangelical Christians from ages 18 to 30 around climate action. It is the young adult ministry of EEN, which includes creation care but reaches churches more broadly. EEN also advocates for public lands as essential and for pro-life clean energy, because pollution harms all life, including the unborn.

At YECA, I did more in-person organizing and preaching during chapel services on Christian college campuses. Now I do that on a design level through others. Since the pandemic began, YECA and EEN have worked almost entirely online, so none of us is going into churches or colleges. One benefit is that by going online we've been able to accept more people into our YECA Climate Leadership Fellows Program, which trains young climate leaders to be effective activists, organizers, and advocates in their local communities. Since we couldn't fly everyone in to spend an intensive training week together, we had more budget to admit more fellows.

What do you hear from young evangelicals about the church and creation care?

I hear overwhelming disappointment and disillusionment. Young people wonder why the community that raised and formed them has so little regard for environmental sustainability or future generations. They say, "The values my church proclaims are so contrary to how they vote or act." The solution for many young adults is to walk away.

Those who choose to stay redouble their efforts to get the church on board. Many YECA leaders say things like, "There's so much good in the church and the story that we've given our lives to. We need to call American Christians back to that story." In the tradition of biblical prophets, they try to stay within their church community, calling it to deeper faithfulness out of the love they have for it. History shows that young people often propel major movements forward. I'm so proud of the young Christians I've been able to work with through YECA and, before that, the Christian Reformed Church in America Office for Social Justice. I've even been able to write for CNN about how much young evangelicals care about climate change.

You single out American Christians. How do evangelical Christians in other countries view climate change?

I've met evangelical Christians from all over the world through the Christian Climate Observers Program, the World Council of Churches, and the ACT Alliance. Already for several years, climate change has worsened life for farmers and others in Kenya and Bangladesh. Christians in other countries don't understand how the need for climate action could divide churches. Except among churches in the U.S., as well as a few other highly industrialized countries like the U.K., Canada, and Australia, it's accepted among Christians and churches that God loves creation and all creatures, especially the most vulnerable. Therefore the Bible calls us to name our climate crisis, care for creation, and seek environmental sustainability and justice.

Do Christians in most other countries frame climate concerns differently than here in the U.S.?

It's less how they frame it than the political-cultural headwinds that influence churches in the U.S., U.K., Canada, and Australia. There's a whole lot of money invested by people who benefit from denying climate change. It's well-documented that Exxon (now ExxonMobil) knew about global warming in the late 1970s, long before the general public did. Exxon scientist James Black explained how burning fossil fuels influences climate change. Big Oil borrowed from the Big Tobacco playbook (which denied for years that smoking is harmful) and created think tanks to promote the idea that climate change science is unsettled. It was wildly successful and still affects public discourse, especially among conservative communities, white evangelicals, and white Catholics.

How often do you include creation care or climate justice when you get a chance to preach?

I wish I had more chances to preach, but there's already an embarrassment of riches for pulpit supply in my classis. I try not to pigeonhole myself as "that guy." But I do have the knowledge and ability to preach on these issues. When I did a Genesis 1 and 2 sermon series at my church, First CRC in Grand Rapids, Michigan, I talked about the cosmology embedded in the Genesis narratives.

Would you preach differently in congregations that bristle at the idea of evangelical environmentalists?

It's hard because using certain terms isn't always effective in some settings. We are so enslaved to looking at the world through partisan and ideological lenses. I focus on being so thoroughly biblical with solid exegesis that people would have to be rejecting the Bible to protest my sermon. But even then, people may accuse the preacher of "having an agenda" rather than consider that they themselves might be missing something in God's Word.

Sometimes the best thing for me to do is plant seeds of how much God cares about the whole creation—but not make the leap to "so join me at this protest next week." I trust that the Holy Spirit and the regular preacher can do the slow, steady work.

What else can churches do to move people toward caring about and acting on climate change?

You can integrate creation care into many aspects of worship and church life. You can sing about how all creation is called to worship God. I wish more churches would observe the Season of Creation. EEN has promoted this cautiously, because many American evangelical churches don't use the lectionary or the liturgical calendar. In churches that don't talk much about sacrifice, lament, confession, and assurance of pardon, it's harder to design worship that recognizes how sin has brought us to this climate crisis—so we need to repent and change direction.

If your facilities team chooses good energy upgrades, then you'll free more money for missions. Maybe you can plant a church community garden that distributes produce through the church food pantry. You have to keep communicating why you're doing what you're doing and accept that the work is slow.

You and your wife have a preschool son and a baby on the way. How do you stay hopeful about what the climate will be like for your children and grandchildren?

I wrote a CNN opinion piece about the fear I have for my kids—and the hope and joy my wife and I find in being part of a community taking tangible steps together. Like Christian climate scientist Katharine Hayhoe keeps saying, we don't try to conjure up enough hope before we take action. Rather, joining what God is already doing on this amazing planet gives us hope.

What young Christians are doing through YECA, EEN, and their churches reminds me of the prophet Jeremiah. While preaching captivity and judgment, he bought a vineyard, because God promised hope on the other side of despair. I hope that the #ClimateVigil movement started by EEN and our partners will prevent us from being overwhelmed by the scale of climate crisis and will inspire us to simply lead in God's call to be faithful.

Any other advice for generations facing climate crisis?

It's so important to cultivate wonder and appreciation for the natural world. Western culture has desacralized and instrumentalized nature. But Indigenous writers like Randy Woodley and Robin Wall Kimmerer remind me that the natural world is a gift pulsing with the glory of God. It's biblical, not pantheistic, to recognize the sacredness of what God created and to affirm that God would prefer that we not trash it. You can say to kids, "This (polluted water, toxic waste, pipeline proposal) exists. That's why we're going to a protest."

It's also okay to admit that sometimes we do feel overwhelmed with anger, grief, and despair. The biblical witness shows the importance of being part of a community that can carry us through. Maybe I can hold hope for you, and someday you can do that for me.

You use social media very well. How might other Christians use their virtual platforms to inspire better care for God's creation?

As Katharine Hayhoe always says, one of the best things you can do about climate change is talk about it. Doing so gives other people permission to talk about it and take action. I grew up in Holland, Michigan, and still have a diverse friend group on Facebook. Not everyone has had the experiences I've had to engage environmental issues from a Christian perspective. Even seeing someone else "like" one of my posts may help someone see that other people like them care about the earth.

When someone makes a hostile post, I try to model how to listen well, recognize values, connect values to climate issues, and disagree respectfully. I don't expect to change the mind of a belligerent poster, but other people tell me that they watch the comment thread.