Director of Candidacy to Retire 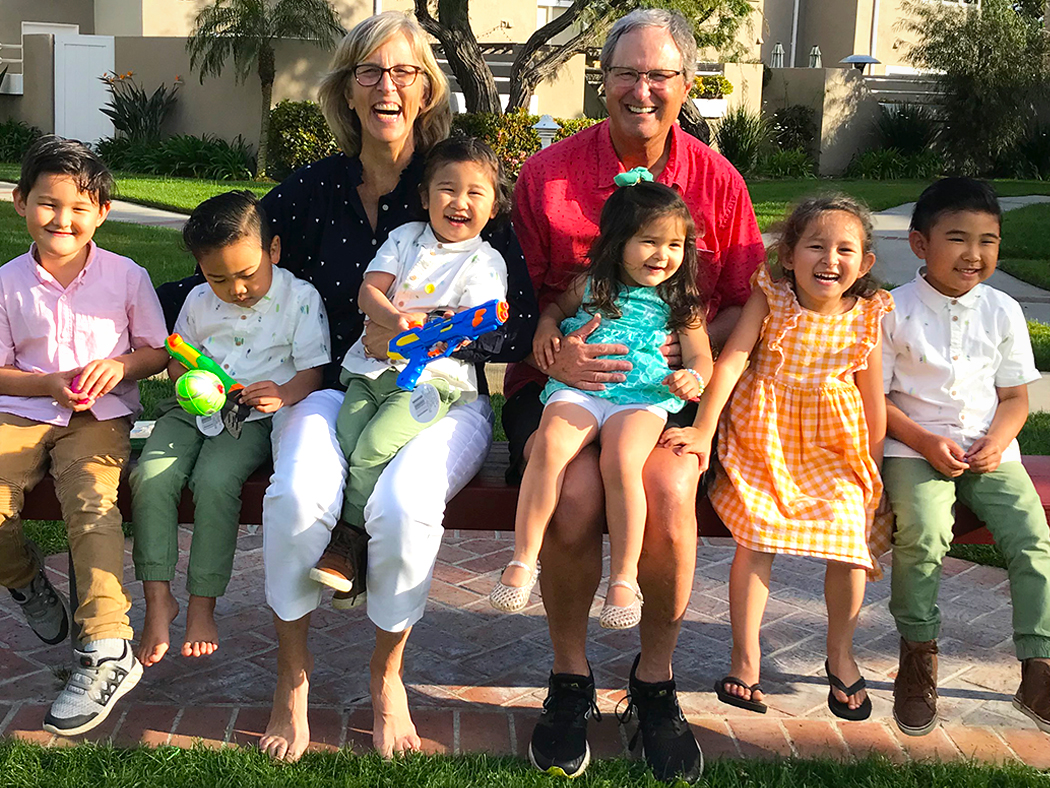 David Koll and his family
Photo: courtesy of David Koll

Often full of smiles and wise advice for the people he meets, Rev. David Koll is also a serious man with a serious purpose. I know because David  shepherded me through the ups and downs of a three-year period of training at Calvin Theological Seminary to become a commissioned pastor.

Whenever I dropped by his office in the denominational building in Grand Rapids, Mich., he would set aside what he was doing and take time to answer my questions and encourage me to keep at it. I suspect that the many men and women with whom he has worked would say the same about him.

Now that he is retiring after 13 years as the  CRC’s director of Candidacy,  I talked with David Koll this week about highlights of his career, including the ways in which he has sought to open doors for candidates to become ordained as ministers of the Word and as commissioned pastors in the CRC. The synodically appointed Candidacy Committee sets ministry standards and oversees the nurture and training of persons preparing for ordained ministry in the Christian Reformed Church in North America (CRCNA).

First, I asked David why he was retiring now.

“It has been high-paced, high-energy work, and at the age of 66, I’m ready to retire,” Koll said in a phone interview from his home in California. “I’m ready to give more time in my life to my family, especially my six grandchildren. By the grace of God, I want to be active and present in their lives.”

On Feb. 19, the Council of Delegates of the CRCNA voted unanimously to approve Rev. Susan LaClear as the next director of Candidacy, and in April she is beginning a time of orientation before Koll’s retirement. LaClear currently lives in Hudsonville, Mich., and has been serving as the discipleship and care pastor at Alive Ministries CRC in Jenison, Mich., since 2016.

Here is a brief look at Koll’s past work in ministry.

Soon after finishing his studies at Calvin Theological Seminary in 1981, Koll took a call to serve what had been the First CRC of Flint, Mich., a congregation on the brink of shutting its doors. Wondering about this, I asked him why he decided to become the pastor of the only CRC in the Flint area.

“I didn’t want to pastor a typical CRC church,” he said. In other words, he was drawn by the challenge of serving a congregation on the brink of calling it quits. Living out of a Reformed approach, he was inspired to be a pastor to people who were not familiar with the CRC.

Four years before his arrival, the church had decided to move to a community that they felt they could successfully connect with. “They moved from Flint to Flushing, a suburb, and became the Good Shepherd Church of Flushing. It was my passion to help this declining church reach the community,” said Koll.

The church grew during the years that he was there, and they found ways to connect with and serve people in the local neighborhood and beyond.

Believing that the church was on more stable ground, Koll next took a call in 1994 to Anaheim CRC, a congregation that was also at a crossroads. The church and its leadership wanted to find ways to welcome a growing local population of people who had moved to California from around the world.

“We had 45 different national groups in the area,”

Koll explained. “It was an exciting challenge to make things welcoming to other people from outside of the traditional CRC subculture.”

During his time there, Koll also got involved in helping pastors from other denominations find their way into the CRC.

After 14 years in Anaheim, he then decided, following a time of discernment, to apply to serve as the inaugural director of the CRC’s Candidacy Committee. Although he was happy in Anaheim, he also believed he would have a chance in the new position to help make the leadership in CRC congregations more diverse.

“This new position pulled at my heart,” he said. “It would allow a forward-thinking vision of helping the church to grow beyond its ethnic roots.”

During his years with the Candidacy Committee, Koll has done just that. For example, he helped to formulate the Ecclesiastical Program for Ministerial Candidacy (EPMC).

This program is designed for people who have earned their M.Div. degree outside of Calvin Theological Seminary and who desire to become candidates for ministry in the Christian Reformed Church in North America.

“We were charged with asking the question, ‘How do we maintain loyalty to the denomination’s seminary and at the same time grow in welcoming people to serve in the CRC from other seminaries?’” he said.

“We managed to keep in step with Calvin Seminary and at the same time grow a respectful partnership with those attending other seminaries.”

Koll also formed, in collaboration with Resonate Global Mission, educational programs for Korean pastors and pastors from other countries and churches to learn more about the CRC. During his time with the Candidacy Committee, 15 to 20 Korean and other immigrant congregations per year have come into the CRC — many in California.

“I think we were able to discover helpful ways to orient people who we can trust will become good pastors in the CRC,” he said. “We have opened a door of welcome.”

In fact, over time much of the growth in the CRC has come through the existence of various multiethnic congregations.

In my own experience, David Koll often helped me as a newswriter by suggesting I follow up on stories featuring some of the changes going on in the area of training church leaders. And one of those stories — about the formation of the role of commissioned pastor — took on a personal dimension.

I remember sitting in David’s office one morning a decade or so ago to ask if he thought I might be someone who could serve the church in this role.

“Yes, by all means,” David responded to my question.

And then, with my permission, he took out an application and helped me fill it out to send along to my classis — Classis Grand Rapids North.

I had already taken a few courses at Calvin Seminary, and now, with the possibility of becoming a commissioned pastor, I took more, wanting to have a good foundation.

Throughout the process, I kept in touch with David, and at an especially crucial time, we sat in chairs together in the atrium of the denominational building as I shared some difficult challenges in my life.

David listened carefully, and by way of helping out, he offered a look at some of his own challenges over the years — and he highlighted how grateful he was to have become an ordained minister in the church that he loves.

That conversation bolstered me.

Not long after earning my diploma in ministry, I preached the necessary classis-approved sermon and met with Classis Grand Rapids North to be examined for ordination.

Then, in the spring of 2013, my wife, Mary, joined me for a service at Coit Community Church in Grand Rapids, where I was to be ordained as an assistant pastor working with Jerome Burton.

It was an important day. My best friend from Detroit was there to speak about me; my children were there; other friends were in the sanctuary as well.

What I especially recall is this: while I was sitting up front and others gathered around me to pray, David Koll was among them.

And then, once everyone took their seats, and I stood to face the congregation as a newly ordained commissioned pastor, I looked out — and there was David. On his face was that broad, kind smile — a smile that filled me with joy and gratitude for the role he had played in bringing me — and so many others — to that important day.