The Dante Venegas Award will go to a ‘Champion’ 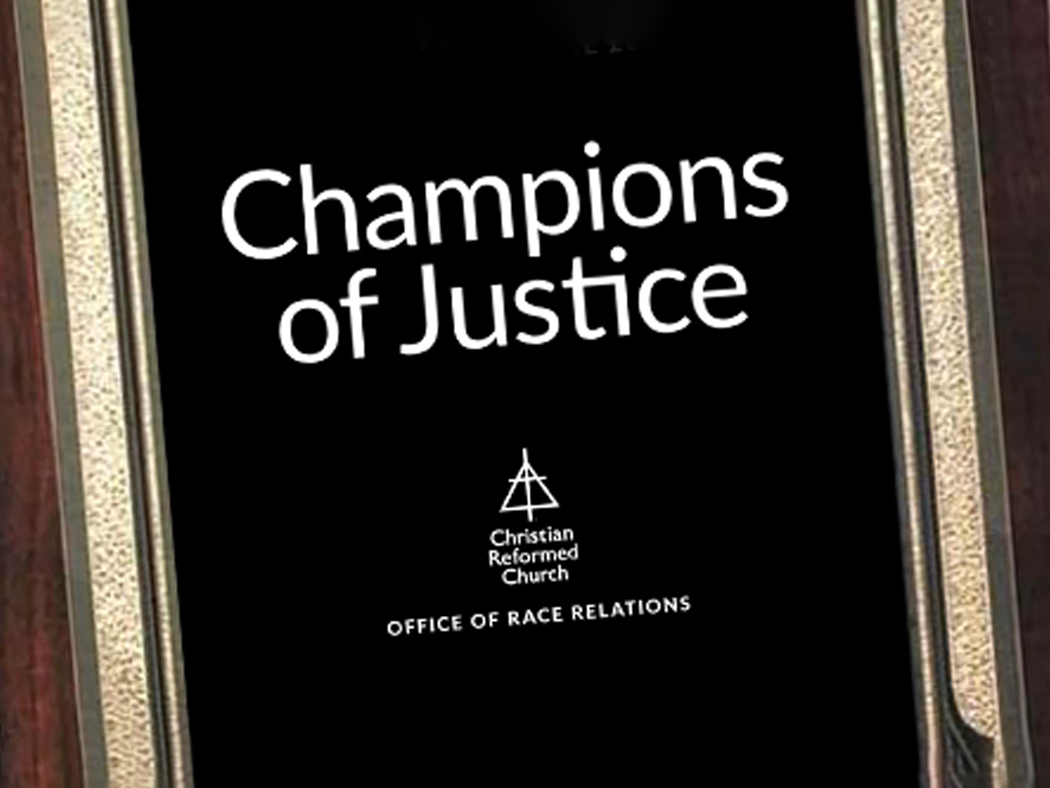 The Dante Venegas award is the Office of Race Relations’ method for calling out distinguished leadership in diversity and racial justice work in the Christian Reformed Church.

It is awarded to pastors and congregants who tirelessly advance their faith conviction in God’s people being one, as God is one. The award is given to people who have actively and continually demonstrated a passion for multicultural congregations and a commitment to antiracism.

Over the next few months, in celebration of its 50th anniversary, the Office of Race Relations (ORR) will be featuring the stories of people who have been exemplifying these ideals. They call them “Champions of Justice.” These “Champions” are the nominees for the Dante Venegas award that will be presented at Inspire 2022 in Chicago next August.

The heightened public awareness of racial inequality over the past year has revealed the urgency needed by the church to be salt and light to the world in these changing times.

In featuring these few humble servants, the desire of the ORR is to inspire others involved in similar efforts and to raise up new leaders who will strongly advocate for racial equity within the church and community.

Dante Venegas was a co-pastor at Madison Square CRC in Grand Rapids, Mich. until he passed away in 2007 after a long struggle with cancer.

"Pastor Dante was a dynamic servant of the Lord," said Rev. Emmett Harrison, a recently retired CRC pastor. "He was a trainer, a mentor to many people, including myself."

When the award was presented to him posthumously in 2011, his wife, Jackie, said that the CRC wasn't sure what to do with her husband – a black Puerto Rican from Spanish Harlem. . . . “He shook things up in the denomination and paved the way for many others.” she said.

Dante’s life was a testimony to the power of Jesus Christ to redeem human brokenness.

The Christian Reformed Church in North America is committed to dismantling racism in all its forms within itself and abroad. Believing that the church’s identity must mirror God’s diversity and unity, the ORR encourages, supports, and celebrates the efforts of church leaders who preach, as gospel, unity in diversity and justice. It encourages leaders setting people free from their racialized fears and breaking the bonds of prison and poverty resulting from racism.