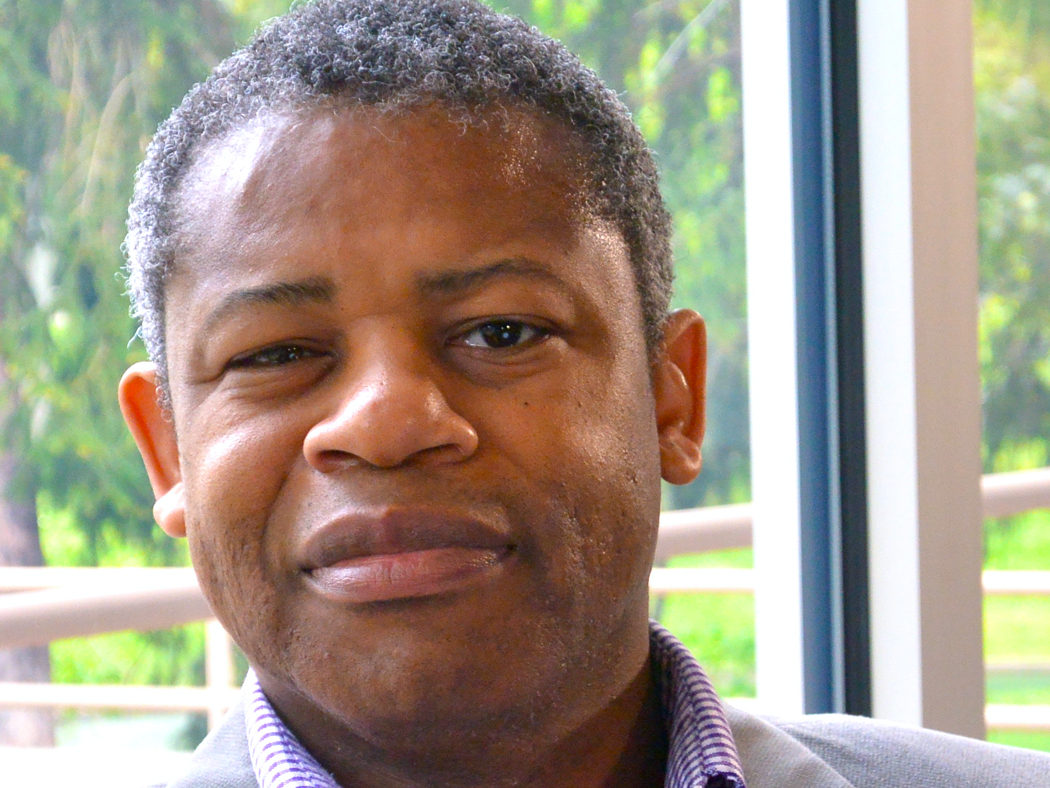 In his talk for Inspire “Light” on Thursday, Aug. 5, Reggie Smith used the story in Acts 9, about Saul’s  encounter with Jesus on the road to Damascus, to point out that becoming open to diversity often means facing a hard reckoning.

Because Inspire 2021 has been postponed till next year due to the COVID-19 pandemic, Inspire “Light” took place last week instead, offering plenary talks, worship, and group time together — to spark people’s interest in making the trip next summer to Inspire 2022 in Chicago.

Starting on Tuesday, Aug. 3, with a presentation by Katie Ritsema-Roelofs, a catalyzer for the CRC’s Worship Ministries office, Inspire “Light” provided a talk every afternoon through Friday, Aug. 6. Rick Zomer, director of Therefore Go Ministries, spoke on Aug. 4, and Beth Fellinger, a regional mission leader with Resonate Global Mission, wrapped up the event Aug. 6.

In his presentation, titled “Diversity Changes Everything,” Smith, who is director of Diversity for the Christian Reformed Church in North America, noted that Acts 9 opens with Saul on his way to persecute and arrest Christians living in Damascus. His mind was focused on that task.

Similarly, “many of us aren’t interested in diversity,” Smith added. “We would rather settle for sameness and predictability.”

But having been thrown to the ground and hearing Jesus ask why he was persecuting him — and being blinded by a bright light in the process — Saul experienced a major change in his life. Because of that disruption, he became God’s instrument to lead the way in opening the new Christian church to the Gentiles.

“Saul became a cheerleader for the Christian church. It was on that road to Damascus that he was introduced to diversity,” said Smith.

What’s more, said Smith, a Christian leader named Ananias, who lived in Damascus, went to visit Saul where he was staying after being blinded on his way in to Damascus. In a vision, God had told Ananias to go and lay his hands on Saul to restore his sight. God had also sent Saul a vision showing him that this would happen.

Still, God ordered Ananias to go. This was his crossroads. Ananias obeyed. And when he arrived, Ananias laid his hands on Saul, who received the Holy Spirit and could immediately see again. Then Saul was baptized.

“Ananias had to be with the guy who was persecuting Christians,” said Smith. There are times in life when we need to be led to spend time with those who are different, even seemingly directly opposed, to us.

Often, added Smith, “we prefer to remain segregated. But only when you rub shoulders with people who are different from you can you change and experience a resurrection in which you are open to the lives of others.”

“It is all by God’s power that this happens,” said Smith. “Saul’s eyes were opened,” and he saw that the people of the Way were teaching the truth about Jesus.

Having experienced a turnaround, Saul began to preach and teach about Jesus too. He traveled through much of the Roman Empire, starting churches and sharing the message of Christ.

Returning to what people can do today if they want to be more inclusive and embrace diversity, Smith said that frequently it can be “really awkward and you don’t know what to say to someone different from you.”

But you can make yourself vulnerable, he said, overcome your anxiety and fear, and “cross boundaries. Diversity changes everything. When you have diversity, that is when church becomes contagious.”

When you step into the lives of people who are different from you, you can experience a deep and profound change “and begin to model the life the Lord wants us to emulate,” said Smith.

Seeking to become more diverse means being willing to listen to the stories of others who come from places we may know nothing about. “Diversity is a gift we really need. God will nudge us into unlikely places where the Holy Spirit is alive and well,” said Smith.

We especially need to learn how to be hospitable people who are willing to find ways to open ourselves and welcome others into our lives, he said.

“Hospitality is something that can be taught,” and we can align ourselves with people who can show us how to be hospitable and to have empathy for others, said Smith.

Although we might be rejected when we reach out to others, there is no need to give up. “Keep at it,” said Smith. “Realize that these relationships are really worthwhile.”

If you missed this presentation, you can watch the recording here.