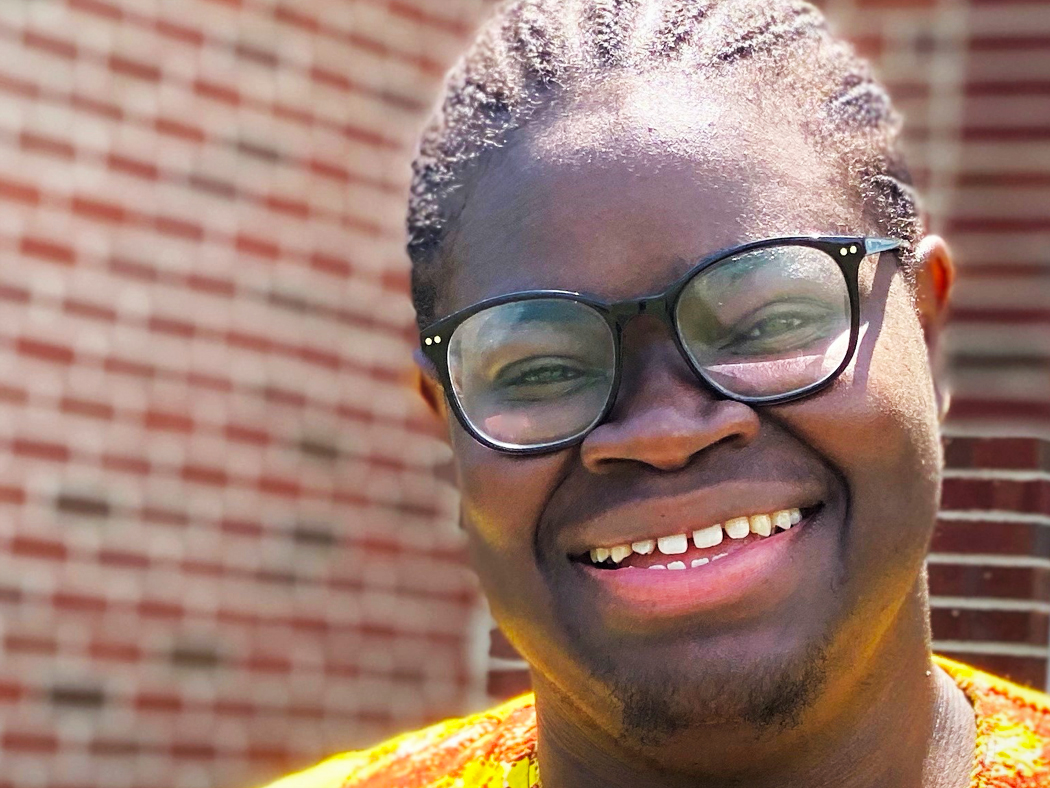 A theology of advocacy for important matters such as climate change flows from his Reformed faith, said Andrew Oppong, a coleader of the World Renew and Office of Social Justice Climate Witness Project.

“Going to Calvin University helped me to think deeply and to have a grounding in what it means to speak on behalf of those being oppressed” by uncaring systems, said Oppong.

He has especially been inspired, he said, by Dutch theologian and politician Abraham Kuyper’s belief that “every square inch” of the world belongs to God and, as a result, deserves the attention of the church.

In addition, Oppong leans on the CRC’s contemporary testimony Our World Belongs to God for addressing climate change and other issues as an imperative for his advocacy.

In paragraph 51, for example, Our World Belongs to God states: “We lament that our abuse of creation has brought lasting damage to the world we have been given: polluting streams and soil, poisoning the air, altering the climate, and damaging the earth.”

“I’m grateful that the Christian Reformed Church sees advocacy as a spiritual discipline, as something that in doing it we keep going back to God in prayer,” said Oppong.

Because of his advocacy for climate change, Oppong was recently named to the West Michigan Sustainable Business Forum list Celebrating Black Excellence in Sustainability.

In the words of the business forum, the list features “community advocates who speak up and speak out about injustice and mobilize others so that community is centered in the process.”

Oppong made a notable contribution to local climate advocacy efforts this past fall when he took the lead to arrange three virtual town hall voter forums with West Michigan candidates for the U.S. House of Representatives.

He thought it was important, he said, to hold the town hall events in West Michigan because that is where the denominational office of the Christian Reformed Church in North America is located.

“We also have this theology of place. You need to dig in where you stand” and, in this case, he said, to engage elected officials about an important ongoing issue.

“This is our Christian witness,” said Oppong. “We need to speak out and draw attention to the need for the system to put into place laws with a focus on creation care.”

In the town hall forums, the U.S. House candidates discussed their plans to curb greenhouse gas emissions and talked about the importance of caring for creation.

Attending were Michigan’s 3rd Congressional District contenders: Peter Meijer, a Republican, and Hillary Scholten, a Democrat. Meijer won in the contest. Also on hand for Michigan’s 2nd District was Bryan Berghoef, the Democratic candidate; Bill Huizenga, the Republican incumbent who won the election, was unable to attend.

“We wanted to remind our elected officials that they work for us, and . . . of the need to make sustainable change” in many areas on many issues, said Oppong. In addition, he said, people “have to have an informed perspective” before they vote.

In listening to the officials who participated, said Oppong, it sounded like each of them brought a large measure of faith in approaching the job of serving as a U.S. representative.

“Their faith compels them to do what they do, and that is a comforting thing. It was good to see this,” he said.

Kris Van Engen, Word Renew’s justice mobilizer, wrote in a story for CRC staff, “Andrew’s initiative in running these forums was a significant achievement and continued to elevate the work of the Climate Witness Project at the federal level. Despite the challenges of organizing everything virtually in the middle of a global pandemic, Andrew ensured that the public gained valuable insight and perspective on the climate priorities of political candidates during a heated election season.”

Asked to further define what motivates his advocacy, Oppong said: “We all have a role in this. We have a moral obligation to be caretakers of creation. In doing this, I want to help congregations get involved in this. Overall, you do this out of love for the poor, the needy among us.”