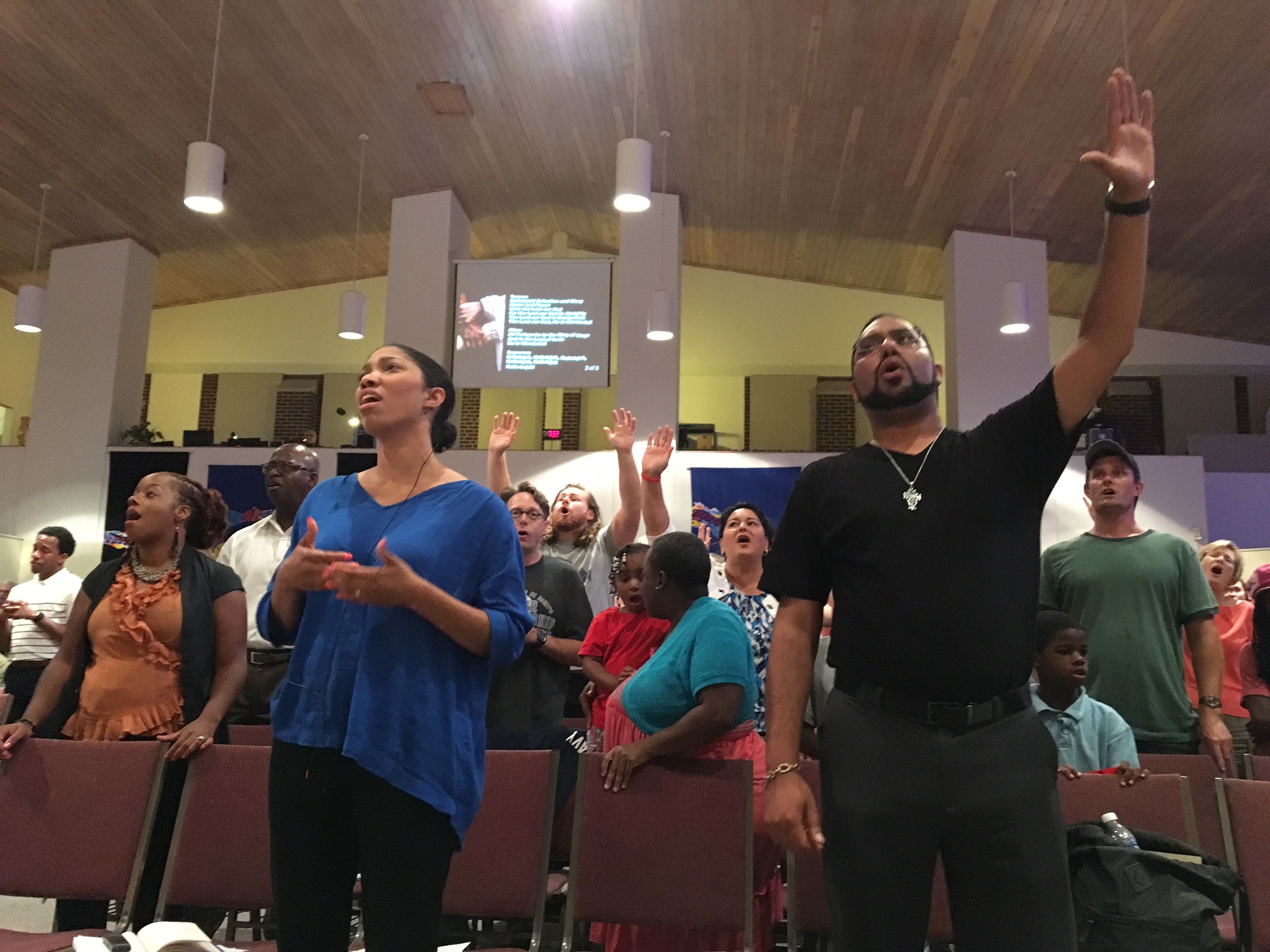 The Banner and Shannon Jammal-Hollemans

"God calls us to pray and to teach one another. But it is not enough that we pray about it. It is not enough that we teach. It's time to serve." These words by Rev. Ricardo Tavarez of En Vivo Christian Reformed Church in Grand Rapids, Mich., were just some of several that called people to action on a warm, summer evening Aug. 14.

Tavarez was responding to the horrific events that took place in Charlottesville, Va., last previous weekend when groups of white supremacists gathered in Charlottesville for a “Unite the Right” rally Saturday.

It was one of the largest white supremacist events in recent U.S. history and, on the day of the rally, attendees bearing torches and chanting racist slogans clashed with people attending a counter-protest. Violence erupted, including the deliberate crash of a vehicle into a crowd of people. The crash killed a young woman and injured more than 35 people. Two police officers also died in a helicopter crash while trying to support law enforcement on the ground.

In the wake of this tragedy, several Christian Reformed churches and staff members felt called to respond.

Rev. Kate VanNoord Kooyman, a pastor who works in the CRC Office of Social Justice, posted a prayer on her personal Facebook page that was shared 112 times and used by several CRC churches in their Sunday-morning services.

Mary DeJager, a CRC member and a parent of a student at the University of Virginia, wrote a reflection that she shared with other university parents in Charlottesville.

Shiao Chong, editor of The Banner, the Christian Reformed Church’s magazine, wrote a column calling Christians to actively speak and act out against racism.

Colin P. Watson, director of ministries and administration for the CRCNA, wrote a statement on Charlottesville, saying, among other things:

And in Grand Rapids, Mich., Madison Square Christian Reformed Church decided to host a prayer service on Monday evening and invited churches across the city to join. More than 200 people attended, including several families with young children. They represented more than 20 different congregations from several denominations. All were united in their commitment to grieving the violence, lamenting racism, lifting up prayers, and being inspired to take action.

“The gathering felt like a family reunion,” said Rev. Shannon Jammal-Hollemans, who works for the CRC Office of Race Relations, reflecting on the spirit of unity at the event.

A poignant moment for her was the time set aside to pray for hate groups in Michigan. “Rev. Joy Bonnema [of Madison CRC, North campus] led us in a tearful time of prayer for the kinds of conversion experiences that Paul had,” said Jammal-Hollemans.

"How long, O Lord?” Rev. Reggie Smith, director of the CRC offices of Race Relations and Social Justice, questioned in prayer. Like others present, he lamented the history of racism, violence, and injustice in the country.

But he also resolved that there is something that Christians can do: "We will trust in the Lord, who has called us to go beyond 11 o'clock on Sunday."

To assist with that type of “go beyond” service, the offices of Race Relations and Social Justice suggest several resources to help churches respond in the wake of the Charlottesville tragedy: