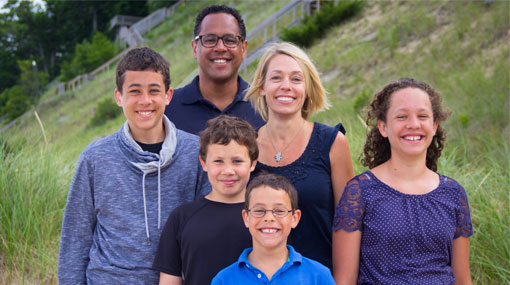 Rev. Timothy Blackmon, a Calvin Theological Seminary graduate, has been appointed to serve as the sixth chaplain of Wheaton College in Wheaton, Ill.

Blackmon has been serving as Senior Pastor and Head of Staff at The American Protestant Church of The Hague, the Netherlands.

In that role, he led an expatriate congregation of people from 55 countries and an equal number of denominations, says Philip Ryken, Wheaton’s president, in a press release.

Blackmon has been ordained in the Christian Reformed Church since 1995. He will start working as the Wheaton chaplain in July.

Prior to his ministry at The American Protestant Church of the Hague,  Blackmon served as the founding and senior pastor of River Rock Church in Folsom, Calif.

He is a frequent camp, retreat and conference speaker. He recently preached at the 2015 Symposium on Worship, sponsored by the Calvin Institute of Christian Worship and the Center for Excellence in Preaching. The symposium met on the campus of Calvin College and the seminary.

Blackmon is also a dynamic worship leader and gifted keyboard player, says Ryken in the press release. “He has been involved in youth ministry and continues to mentor seminary interns and pastoral candidates.”

Blackmon grew up in the Netherlands with an African-American father and a Dutch mother. In 2008 he returned to the Netherlands, to serve the American Protestant Church of the Hague, where his father had been the music director for more than 40 years.

Blackmon's childhood revolved around the family's involvement at the church and at the age of 17 he sensed his call to ministry there, says Ryken.

Besides a M.Div. from Calvin Seminary, Blackmon holds a Diploma in Bible and Theology from the European Bible Institute in Lamorlaye, France. He is fluent in Dutch, English and French.

"When I was a college student ( at the Bible institute in France), I was eyewitness to Wheaton alumni who embodied the Wheaton Way," says Blackmon.

"Ever since, I have associated Wheaton with a vibrant love for Jesus, disciplined intellectual engagement and faithful service. Last summer, when I providentially stumbled across the Wheaton chaplain vacancy, I sensed an irresistible call to explore this further.”