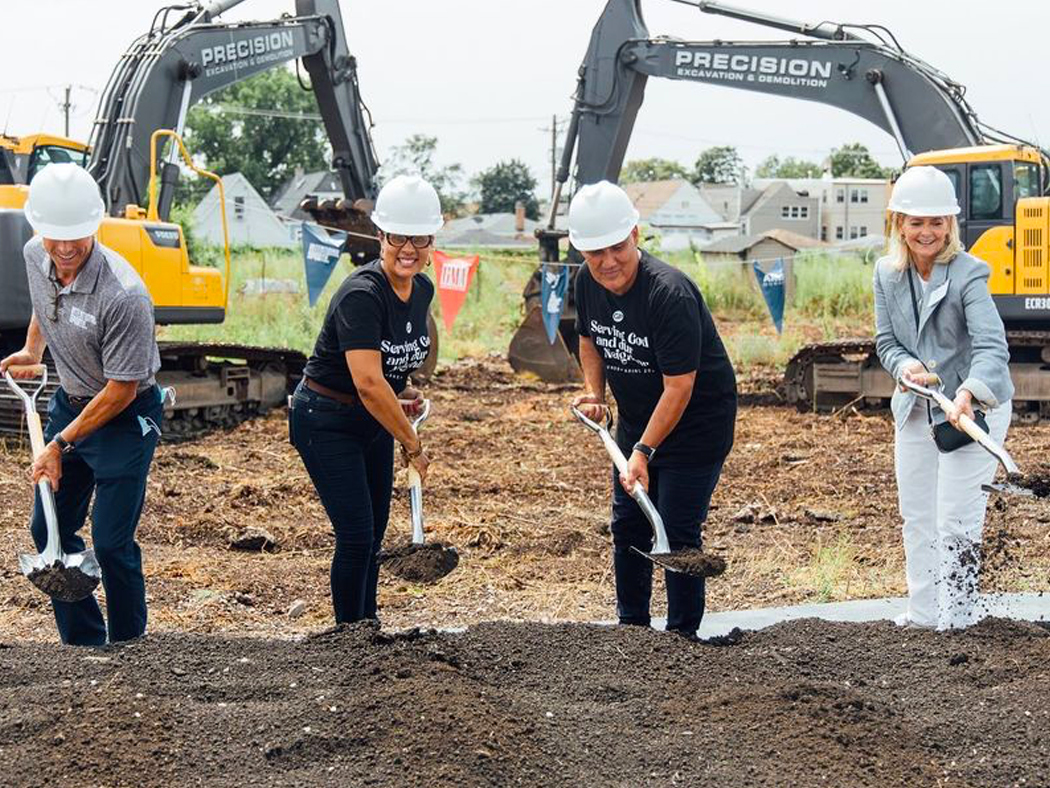 Having been in the planning stages since 2017, and moving along in the process of raising money toward its goal of $31 million, the North Austin Community Center is now going up on 10 acres of vacant land near Grace and Peace Community Church, a Christian Reformed congregation that meets in a former paint factory.

A state grant of $1.5 million helped to clear the land and put in plumbing and electrical lines over the past several weeks.

“We’ve just had the groundbreaking for our project. This is not just wishful thinking,” said John Zayas, pastor of the church and a partner with the group By the Hand Club for Kids in spearheading the project.

“We have high expectations that we’ll be able to get everything up and running. . . . Every partner we have in this is a Christian. Others will be addressing the physical aspects of the health of those who use this center. We will be there to address the spiritual needs.”

Donnita Travis, executive director of By the Hand Club, a nonprofit that runs afterschool programs, is helping to lead the Austin community center project, according to a story in the Chicago Sun-Times.

“There’s nothing like it. It will be a 140,000-square-foot sports, educational, and wellness center with indoor and outdoor turf fields and basketball courts and space for the arts and much more that will be for everyone in the community,” she told the newspaper.

Reggie Smith, director of Diversity for the CRC, grew up in inner-city Chicago and knows the value of having places young people can turn to and use as they grow up.

“I think the community center recognizes the power of vision and prayer to make something like this possible,” he said. “I think other CRC churches could learn a thing or two about making a difference in their respective communities if they have a vision bigger than their own church.

“I am particularly struck that Grace and Peace church has paid people whose only job was prayer. This might seem unorthodox to us, but I believe the center would not be happening without a fervent commitment to prayer as central to communal and community impact in the North Austin neighborhood. What if other churches steal a page from Grace and Peace's vision that is bigger than themselves?”

Zayas, the pastor, grew up in Chicago and said sports were his path away from gangs. Also important was the salvation that came through being a part of a youth ministry.

“Having faith in Christ was crucial,” he said. “And sports have always been a tool I’ve been able to use to spread the gospel.”

Right now,  he added, “there are a lot of issues with gangs and drugs in our community,” said Zayas. “What do you do if you are a kid between ages 15 and 26 and are running the streets? We want to get kids off the streets and mentor them.”

According to the online community newsletter Block Club Chicago, the Chicago City Council last year approved the $2 million sale of the city-owned vacant land for the development of the North Austin Community Center.

The project has been in development since 2017 as a partnership between Grace and Peace Church and By the Hand Club for Kids, a Christ-centered, after-school program that takes kids by the hand, starting in kindergarten, and walks with them all the way through college — mind, body, and soul.

The community is home to families who on average make less than $30,000 a year, placing them not too far above the poverty line.

With a lack of resources, families in the area have embraced the project because it “fits their needs,” said Zayas.

The North Austin Community Center will be a nonprofit, charitable organization, said Zayas, that will use sports and other outreach activities to foster youth development, “prevent juvenile delinquency, promote health and safety, reduce community violence, and improve race relations in Austin and other surrounding neighborhoods of Chicago.”

The area where the center will be built bridges the predominantly black community in Austin and a nearby large Latino community. As a result, it has the goal of bringing these groups together to play sports and take part in other activities, Zayas said.

“Soon we will be doing environmental cleanup, and the ground will be graded. We’re looking to put the footings in by December,” said Zayas.