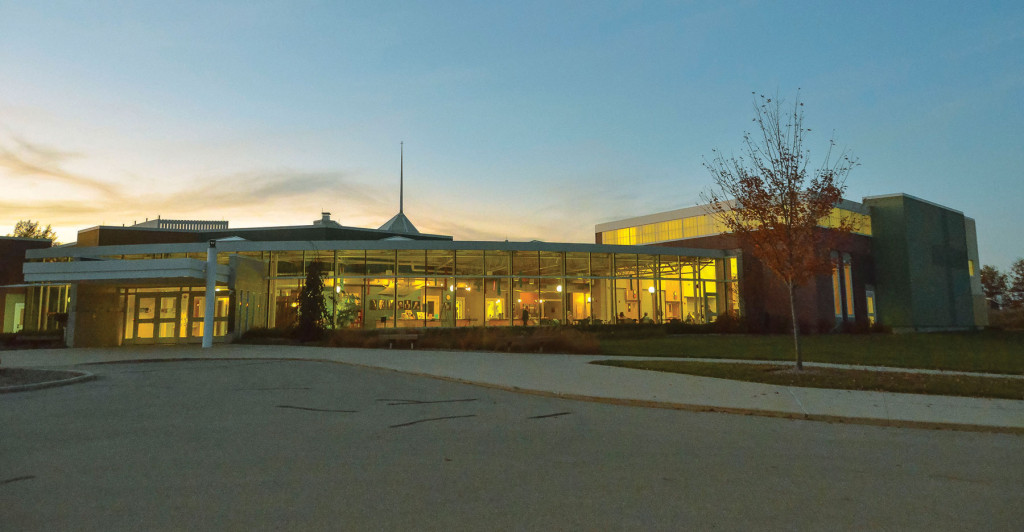 Church of the Servant at sunset

Church of the Servant

Ever since Church of the Servant (COS) Christian Reformed Church in Grand Rapids, Mich., held the first service in its new building more than 20 years ago, the congregation has been on a continuous journey of doing what it can to care for God’s creation.

“Over the decades, we have recycled as much as possible; replaced disposable coffee cups, plates, and utensils; employed green cleaning supplies; and installed bio swales [rain gardens],” said Tony Westrate, the former head of the COS facilities committee.

Recently awarded the coveted ENERGY STAR certification, the church has also landscaped with drought-resistant grass and plants, added insulation and white thermoplastic roofing, replaced HVAC equipment with high-efficiency units, replaced most of its lighting with LEDs or high-efficiency fluorescent bulbs, and added a Solar Array system to conserve energy.

“These projects have reduced our electrical consumption by nearly 40 percent and our overall energy consumption by 22 percent, resulting in a yearly savings of $15,000,” said Westrate.

“Energy stewardship and creation care are in the church’s DNA and are considered in every facilities decision we make.”

In his position at the church, Westrate helped to drive many of COS’s conservation efforts, helping the congregation to steward its resources and playing a role in its being recently given the ENERGY STAR rating from the U.S. Environmental Protection Agency.

COS is the first church to be given the award this year from the EPA and the second CRC congregation, along with the CRC headquarters building in Grand Rapids, Mich., to win the honor for its energy-saving work.

Hope Christian Reformed Church in Oak Forest, Ill., was the first congregation in the CRC to be given ENERGY STAR certification, receiving its award in 2016.

Since 1992, in addition to labeling the most energy-efficient products and homes, the ENERGY STAR program has partnered with businesses and public-sector organizations to transform the way that commercial buildings and industrial plants use energy.

Among other things, facilities such as churches that obtain the certification must follow EPA guidelines in reaching an acceptable limit of greenhouse gases that they emit.

COS was founded nearly 50 years ago. Energy Stewardship has been a priority for COS since before it had its own building.

After several years of meeting in other church buildings and in a school gym, the church decided to construct its current building in 1994.

And in the process, said Westrate, the church asked its architect to “express and encourage stewardship in the use of all resources in the realization and ultimate use of the facility.”

“It is fabulous that COS has reached this milestone of ENERGY STAR certification,” said Kris Van Engen, the Office of Social Justice congregational mobilizer for the CRC and coordinator of the CRC’s Climate Witness Project, which is encouraging congregations to make the changes necessary to reduce their use of energy.

COS is another example, he said, of churches taking seriously the mandate of the Creation Stewardship Task Force report, adopted by Synod 2012, to do all that they can to address environmental issues as a matter of practicing their faith.