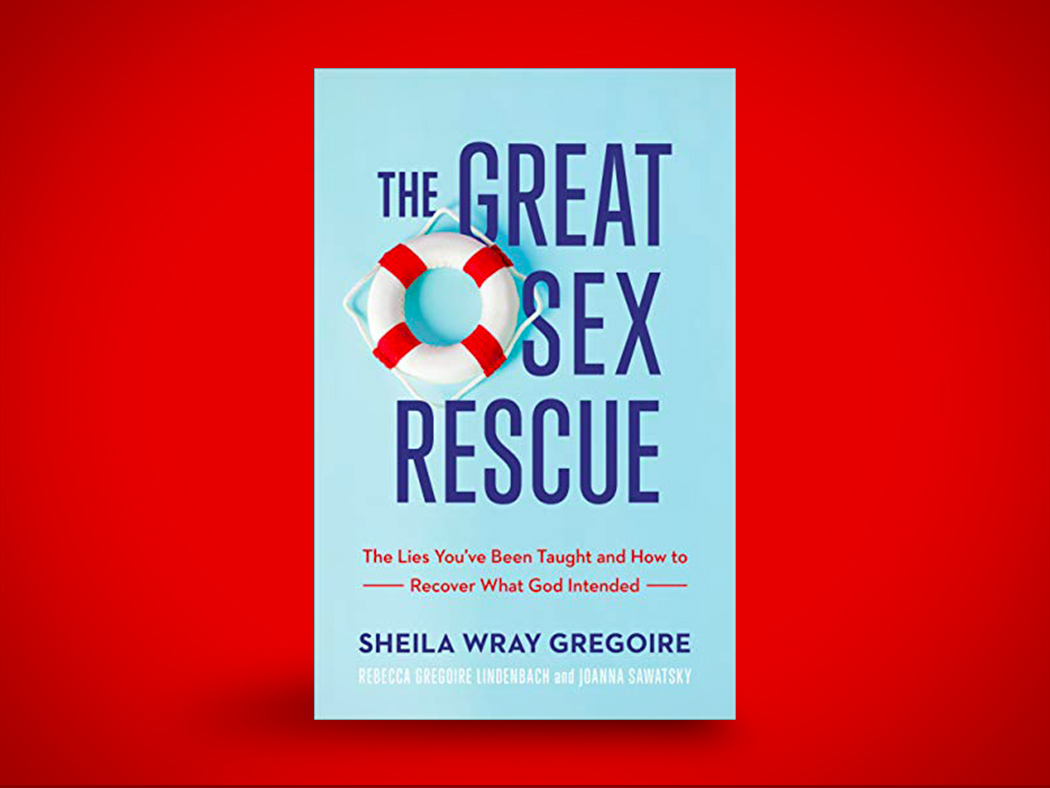 “What is the one key word that is missing from many Christian evangelical best-sellers on the topic of relationships and sex?” asked author and researcher Sheila Wray Gregoire.

Gregoire, author of the book The Great Sex Rescue, posed this question to participants in a recent Zoom presentation sponsored by Vibrant Congregations.

When no one responded with the correct word, Gregoire said: “Okay, I'm going to show you what the word is. Are you ready? It's the word consent. That is not in our evangelical best-sellers. In fact, in many of them, rape is treated like it's not a big deal or like it doesn't exist.”

In one book, for example, she said a 32-year-old executive told the author that he felt like he was raping his wife because she told him “no” so often. But, he said, he needed to make love. And that was it; the author of the book did not discuss this matter any further, said Gregoire.

“Instead of saying that a wife is obligated to give her husband sex, we can say sex is an important part of a healthy relationship and should always be mutual, intimate, and pleasurable for both,” said Gregoire.

This talk was part of a series called Church Now Conversations, monthly events that feature a range of speakers. Coming up on Thursday, Nov. 11, will be a conversation with Jeffrey Weima, a Calvin Theological Seminary professor who will talk about his new book, Sermons to the Seven Churches of Revelation.

In 2019-2020. Gregoire, her daughter, Rebbeca Lindenbach, who is a researcher, and Joanna Sawatsky, a statistician, surveyed 20,000 evangelical women, asking them about their marital and sexual satisfaction.

Seeking to learn if evangelical resources for sex and marriage point to healthy relationsip dynamics or unhealthy ones, they looked through peer-reviewed research on the subject, held focus groups, and interviewed individuals to follow up on their findings. In addition, they assessed best-selling evangelical sex and marriage books to identify harmful and helpful materials.

“Because much of what's being taught in our books isn't necessarily healthy if you look at it from an evidence-based standpoint . . . we decided to do something about it” -- and embarked on the survey, said Gregoire.

And in the process, she said, they were able to isolate a number of harmful teachings promoted by evangelical books and churches. For instance, 37 percent of women surveyed were likely to report having sex out of a sense of obligation. Some 65 percent of respondents were likely to be frequently afraid that their husbands would look at pornography or other women if they didn’t accommodate their husbands’ sexual urges.

Currently their data has been accepted into the Association of Religion Data Archives based at Chapman University and Pennsylvania State University and is supported with help from the John Templeton Foundation and Lilly Endowment Inc.

However, she added, they found that having a Christian faith is more protective for marriage than it is for specific sexual satisfaction outcomes. For example, the survey also found that religious women who took the survey were actually more likely to experience some negative sexual effects, even if their marriages as a whole were helpful.

There are several things, she said, that the Bible clearly says about sexual relations:

“First of all, it's mutual. In 1 Corinthians 7, everything that is given to the husband is also given to the wife. . . . It's intimate,” said Gregoire. For example, in Genesis 4:1 the Scripture says, “Adam knew Eve his wife; and she conceived” (KJV).

“And those of you who are Hebrew scholars will know that the Hebrew word for ‘know’ -- yada -- is the same word that David uses later in the Psalms when he says, ‘Search me and know me, O God’ [Ps. 139:23]. It is this deep longing to be connected.”

During the presentation, Gregoire and Lindenbach offered ways to reframe common evangelical views about sex.

Wrapping up their discussion, they said Christians leaders need to take the time to learn more about this topic, especially because there are so many unhealthy messages out there.

In their survey, for example, they found that, instead of turning to the church, most people learn about this topic on the internet, through radio broadcasting, and through reading books.

“And we know church leaders don't have time to go through everything,” said Lindenbach. “But what you can do is use your influence as spiritual leaders, as pastors, to teach people how to question, how to test ideas against Scripture, how to look for the fruit in their sexual relationships. And give them the bravery to stand up when things are not lining up with how Jesus wants them to be treated.”