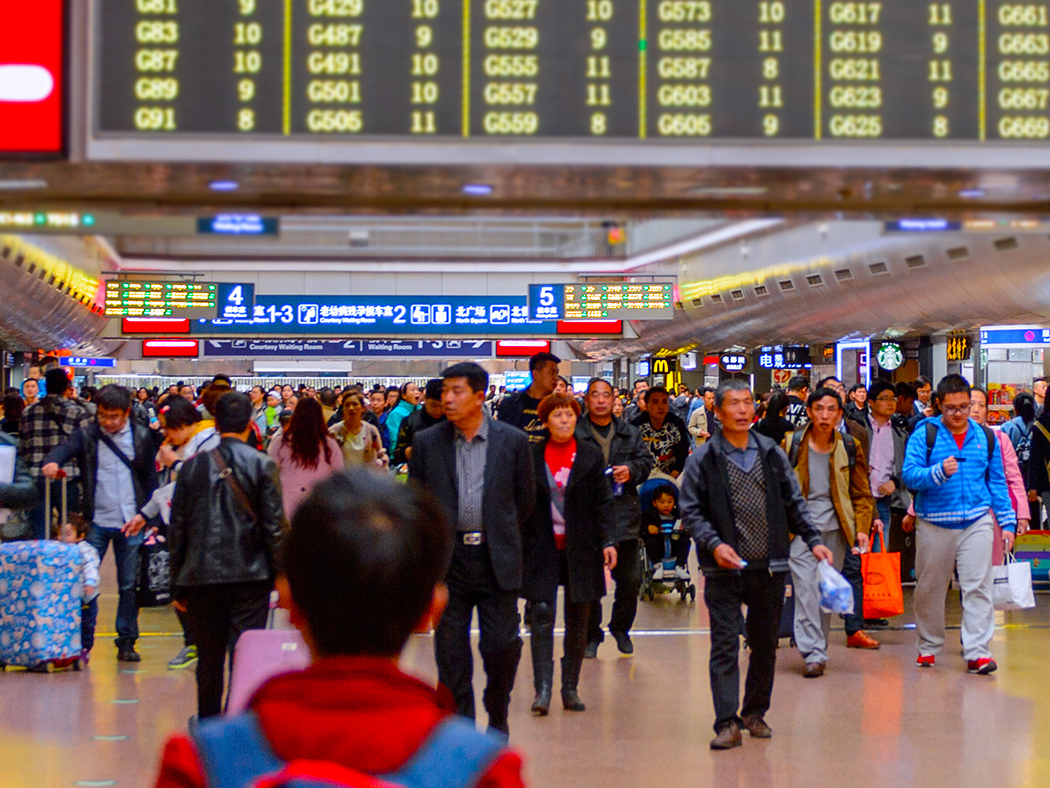 Watching people in a busy train station while reading a book from ReFrame's Chinese team, Zhao contemplated where people were really going in life.

A few months ago, on a train in southern China, Zhao’s stop came and went before he even noticed. All of his attention was on his book.

“I was so engrossed in reading that I forgot to get off the train,” Zhao said. “One of the authors wrote that he was from my hometown and his experience of getting into university is similar to mine!”

Thoughts From a Train Station

As Zhao waited in the train station, to head back in the opposite direction, he continued reading this testimony and felt himself fighting back tears.

“There are countless train stations and airports in the world and people know where they are going,” wrote Zhao in a message to ReFrame’s Chinese ministry team from the train station. “But where are they going in their lives?”

Zhao saw that the Peking University students in this book already knew the answer, but he also knew they only represented a small minority of students in China.

Most of the students are too engrossed in their own studies and futures. Another reader, Shushu, of the first set of testimonies shared her thoughts on this.

“I saw many testimonies about the painful process of overcoming pride, which is especially difficult for the proud students at Peking University,” Shushu wrote.

“Whether you are a teenager clinging to the dream of a prestigious university or a parent who wants your child to accomplish your unfulfilled dream….I hope others will read this book with an open heart and listen to what these people coming out of Peking University have to say."

While COVID-19 will significantly reduce the number of travelers this year for Chinese New Year celebrations, many students will find themselves in trains similar to the one Zhao was traveling on, headed home for the holiday.  Chinese New Year officially begins on Friday, February 12.

For this reason, ReFrame is releasing a second volume of these testimonies this week, encouraging students to share it with their hometown family and friends. The books are also available for order in North America on this page.