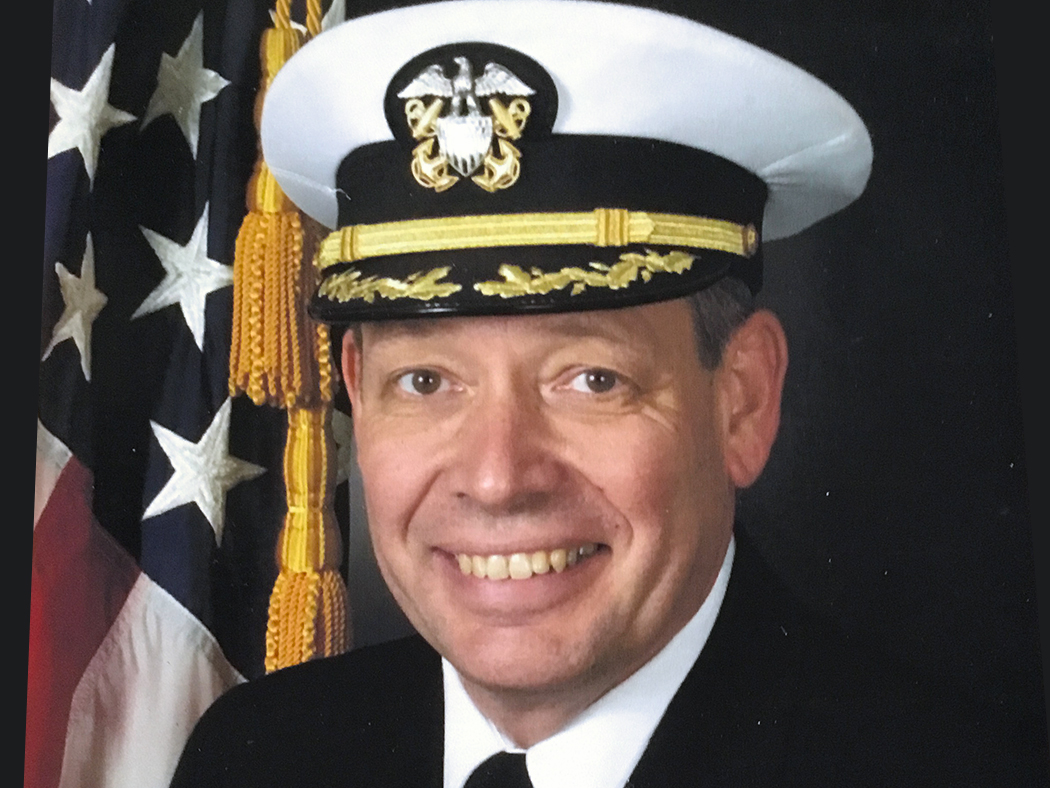 Many people and their families who have served in the military, including two Christian Reformed Church in North America chaplains, will be pausing in a variety of ways tomorrow, Nov. 11, to mark Remembrance Day in Canada and Veterans Day in the United States.

Rev. George Cooper, CAPT, CHC, USN-Ret served as a naval chaplain in Guam, Alaska, and Washington, D.C., and at Naval Base Great Lakes in Illinois. Rev. Dave Sutherland, CD, Lt(N) (Ret’d) served for decades in the Canadian Forces as both a naval officer and an officer with the Military Police, and he currently serves on-call with the Royal Canadian Mounted Police in Bridgewater. N.S.

CRC chaplains are, of course, not strangers to serving veterans.

“Our chaplains carry on a rich and meaningful service in the footsteps of chaplains George and Dave.  Next year, 2022, will be the 80th anniversary of when the Christian Reformed church established chaplaincy to the armed forces,” he said.

“We recognize and give thanks for their ministries along with all the other chaplains who have served in the Armed Forces.”

Both George Cooper and Dave Sutheland say tomorrow is an important day of recollection, prayer, and commemoration. It is a time of remembering military personnel, including fallen friends and others who have served in their nations’ armed forces.

Remembrance Day was first observed in 1919 throughout the British Commonwealth. Originally called “Armistice Day,” it was established to honor the armistice that ended World War I on Monday, Nov. 11, 1918, at 11 a.m.

The red poppy is a symbol of Remembrance Day. Replica poppies are sold by the Royal Canadian Legion at sites across Canada to raise resources to help veterans.

Meanwhile, Veterans Day — also called “Armistice Day” until 1954 — also gives Americans the chance to recall and commemorate the fallen and wounded along with the service of all U.S. veterans.

As chaplains, both Cooper and Sutherland have had significant experiences with active-duty personnel in the armed forces.

“Military personnel not only responded to emergencies, but they often went into harm’s way,” said Cooper, who now lives in Grand Rapids, Mich. “They faced scary situations and put their lives on the line for people back home.”

Donning a military uniform, regardless of the branch in which you serve, “means you are in the position of defending and making sacrifices for your country, come what may,” said Cooper.

On past Veterans Days, said Cooper, he has marched in a number of parades. He said he enjoys those events because of the crowds offering thank-yous with waves and cheers honoring veterans.

Cooper said he has also thought about some of the places where he was stationed at times — such as the North Sea, where he experienced terrible storms; veteran hospitals; and bringing Campus Crusade for Christ volunteers to serve at the Great Lakes Naval facility. He also worked at the Pentagon, where he served as a deputy chief of U.S. Navy chaplains.

“Serving in Washington D.C. was challenging,” he said. “I met cabinet members and high-ranking military leaders. I served there during the Clinton administration.”

David Sutherland spent many years in the Canadian Navy, first as an enlistee and then as a chaplain.

Both Cooper and Sutherland say memories of officiating at services for the fallen and injured remain fresh in their minds.

In Canada, Sutherland had the duty of meeting with family members of personnel killed in action and remaining with them until after the funeral service. Over the course of five years, he also served numerous families of injured soldiers.

“A son or daughter who gave the ultimate sacrifice is given the royal treatment,” he said.

“When I think of Remembrance Day, though I may have served, it is not about me. On Remembrance Day, it doesn’t matter what the weather is like or anything else. Whatever the day is like, it is nothing compared to what those soldiers endured.”

As he thinks about his time as a chaplain, said Sutherland, “even in the toughest of times, God never failed. Even among the most dysfunctional situations, God always gave me the words to say. I was able to see a glimmer of God and of hope and grace and a vision of him working through many tragic circumstances.”

Cooper recalls with great gratitude a young member of the Coast Guard who came to a worship service on the island of Attu in the state of Alaska. He was not a Christian but wanted to know about God.

Among other things, Cooper gave him a Bible before he left on a plane for Kodiak Island. Ten years later at Guantanamo Bay in Cuba, Cooper came across him again. The young man had become the Protestant worship leader on one of the largest U.S. Coast Guard ships, and he still had the Bible Cooper had given him.

As a chaplain, Cooper added, “I was just overwhelmed to see how God can use any spark to bring about a revival that turns darkness into light and love.”