Challenges in the CRCNA and RCA 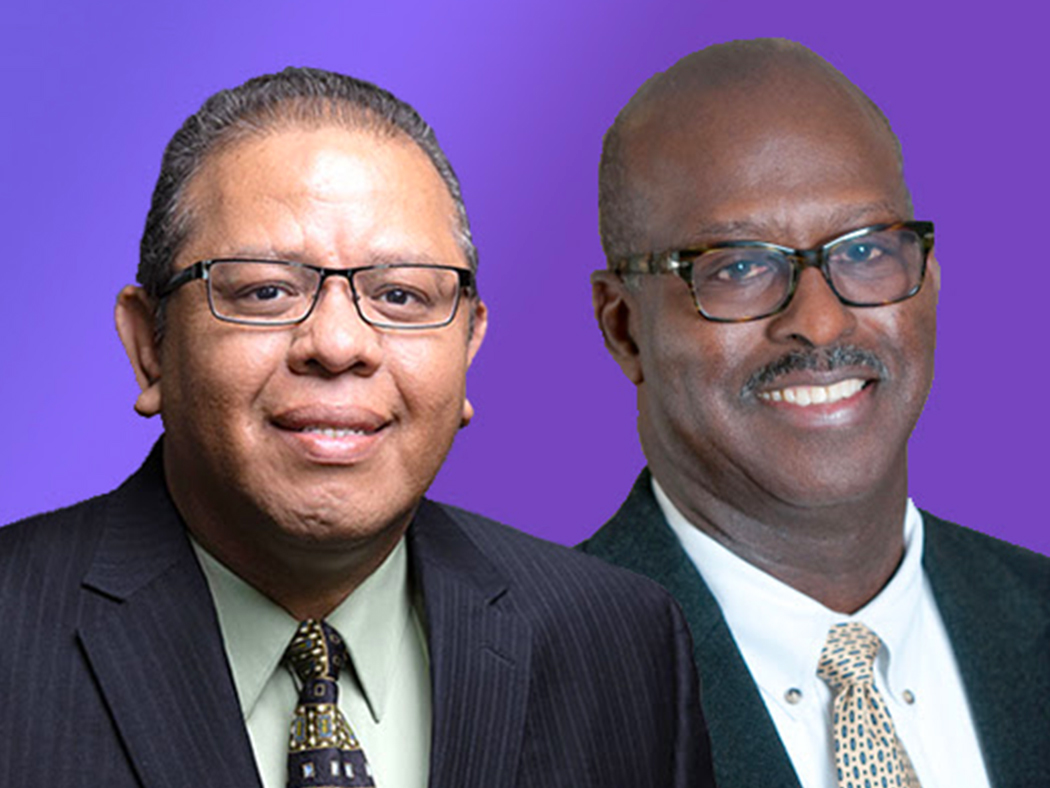 Colin Watson, Sr., executive director of the Christian Reformed Church in North America, joined in an online conversation on Tuesday afternoon with Eddy Alemán, general secretary of the Reformed Church in America, to discuss the partnership between and the challenges facing their denominations.

In opening remarks in the conversation presented by Vibrant Congregations, the two leaders discussed how their churches have fared during the COVID-19 pandemic.

“It has been a tough year,” said Watson. “But in the midst of it all, we are in ministry together, and ministry has flourished as we have followed in the tradition of the great commandment.”

When the pandemic hit last March, he said, “churches turned on a dime and found ways to connect with their constituencies . . . . ­­I see a lot of hope in the midst of all of the pain.”

Watson said he is grateful that the CRCNA was able to create a Church Engagement Fund to help churches that didn’t have the technology they needed to offer services online. The church, through this fund, also helped to pay the salaries of some bivocational pastors as well as to help fund other initiatives.

“That fund of $800,000 helped more than 150 churches in the U.S. and Canada. This has been a good example of how we are better together,” said Watson.

Alemán said he believes the RCA was able in 2020 to do a better job in equipping local churches to “connect more to the changing realities of the world.”

Beyond that, churches themselves — and church members — have come to important realizations.

“We have realized we are not alone. God has promised to be with all of us, even when we see a lot of division in the U.S. — divisions that are reflected in local congregations,” said Alemán. “We need to continue to be the hands and feet of Christ in every community where we are doing ministry.”

Both church leaders said an important issue facing each denomination is whether they will be able to hold their annual synod meetings this summer so that the churches can address important issues already deferred from last year because of the COVID-19 pandemic.

Alemán said he is hopeful that the RCA’s general synod can meet in some fashion to discuss its Vision 2020 Team Final Report, which has been several years in the making.

The report, Alemán said, includes recommendations on restructuring the RCA, formation of a new mission agency, and the graceful separation of churches from the denomination.

“We are asking how we can go on,” said Alemán. “We hope to move forward. We know God is not done with the RCA. We know there has to be a shift, a change in how we do ministry.”

A crucial issue that the RCA needs to address, once it moves through the 2020 report, will be the stance it will take on marriage and homosexuality.

“We need to be looking at the reality of finding the best way of bringing healing to local congregations,” said Alemán. “Before we do meet for our general synod, we hope to have a month of prayer.”

Watson said the CRCNA also has its human sexuality report to discuss when synod meets again. Right now, it hasn’t been decided what form Synod 2021 will take.

Whatever form synod takes, he said, he is hopeful that churches, classes, and other entities take the time to thoroughly review and discuss the report. Helping them to do this, he suggests, would be to use the Challenging Conversations Toolkit, compiled by Pastor Church Resources to help church members move through and discuss the report.

Whether synod meets to address the report this year or next, Watson said, it will be best for people to have reviewed the report and made decisions on where they stand regarding its recommendations before synod gathers.

“My hope is that when the conversation does take place, it will be a large prayer meeting and will be guided by the Spirit as to what direction we take,” said Watson.

Watson also mentioned that the CRCNA is now working on a 2025 ministry plan that focuses on four milestones: prayer and spiritual disciplines; listening to the voice of every generation; listening to a diversity of voices; and being on mission, which includes the planting of churches.

“We are working very hard to create a connections mindset” with a main focus on how the denomination can support congregations, said Watson.

Reflecting on the CRCNA and RCA’s partnership, Alemán said the CRC is the RCA’s strongest partner. The denominations’ leaders meet quarterly for prayer, and the denominations work together in planting churches and in disability concerns as well as other ministry efforts.

Asked if they had advice for their churches in this time of an ongoing pandemic, the leaders both said that commitment to faith in Christ remains key. In addition, said Alemán, he would like to see a stronger emphasis placed on unity among Christians.

“We don’t have hundreds of denominations,” he said. “We have thousands. Within orthodox Christianity, we have so many brothers and sisters who disagree on secondary issues.”

Watson said that moving forward means, first, that it is imperative for us to remember that God is our sovereign creator and, second, that Jesus calls us to love our neighbors.

Speaking to the matter of unity, Watson added, “Churches are in a difficult place. People look at our divisions, and they look ugly.”

With this in mind, Christians need — just as Alemán said — to work toward closer unity to show others the love that they share in Jesus — a peace in having overcome the world, said Watson.

“It is important to remember that Christ is on the throne. COVID-19 is giving us a hard time, but it will eventually pass,” he said.

Alemán noted that he has lost friends from COVID-19, which reminds him every morning when he wakes up that life is short. So as a leader, he said, “I need to be the best leader I can be” and continue to pass the message that “the gospel is still the hope of the world.”