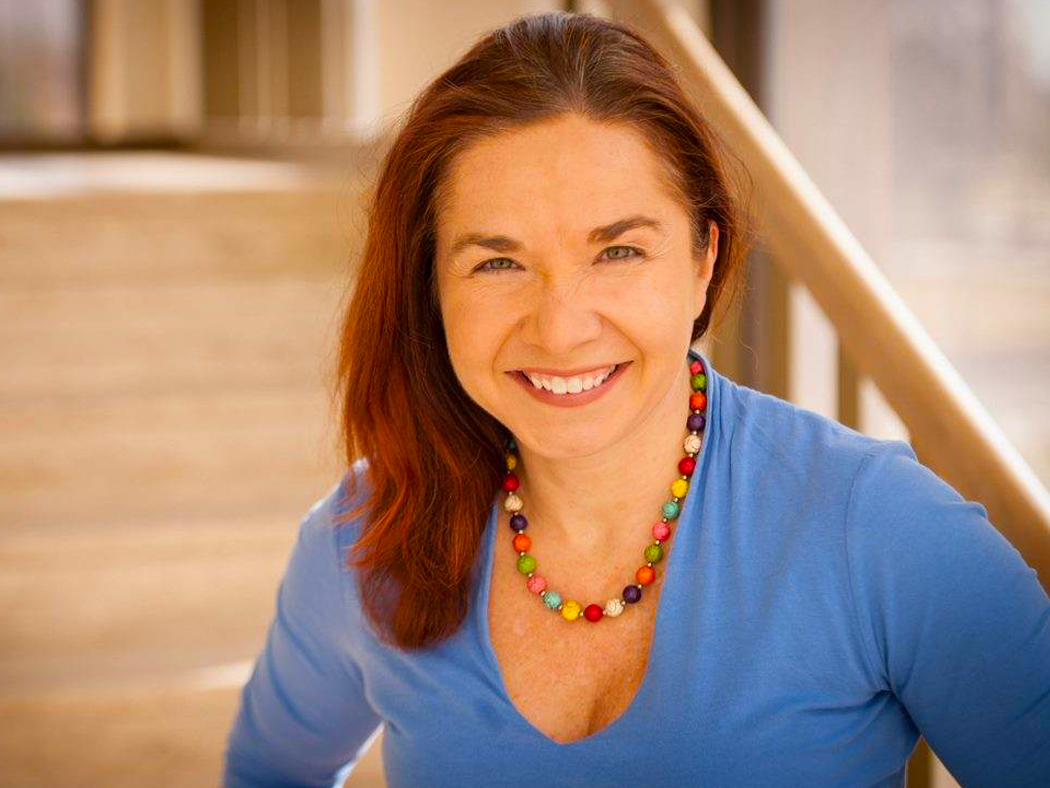 “People who say they believe the same Bible say such confusing things about climate change. How can that happen?” Hayhoe asked during her presentation on Friday, Jan. 22.

In her reading of Scripture as both a scientist and a Christian, said Hayhoe, the story in Genesis of how God created the earth is the foundation of our faith — and a call to how we should care for creation.

“God’s first free gift is in giving us a spiritual life, and the second greatest gift is our planet that gives us physical life,” said Hayhoe, a professor who directs the Climate Science Center at Texas Tech University.

“We are designed to live on the planet that supplies the air we breathe, the water we drink, the food we eat — these are all gifts from God.”

Where we can get off track, remarked Hayhoe, is in how we read such Bible passages as Genesis 1:26, which says, “Then God said, ‘Let us make mankind in our image, in our likeness, so that they may rule over the fish in the sea and the birds in the sky, over the livestock and all the wild animals, and over all the creatures that move along the ground.’”

Some people have interpreted this to mean that humans have domination over the earth, meaning that humans are given the task of directing all that happens, said Hayhoe.

“This is a dominion theology. We are not given authority to rule over. Rather, we are asked to care for, to watch over,” said Hayhoe.

“The proper way to think of this is that we are to invest in. We should not fall prey to the image that we are at the top of the pyramid.”

By shirking our God-given job to care for creation, we see how such things as the emission of fossil fuels have caused a blanket of gases to cover our atmosphere and to trap heat, said Hayhoe.

This has caused rising temperatures, historic floods and hurricanes, the melting of the polar ice caps, and, said Hayhoe, extensive wildfires and tornadoes.

“We have known that our world is warming because of all the fossil fuels we have been burning since the 1820s. Climate change is loading the dice against us wherever we live.”

Hayhoe hosts the PBS digital series, Global Weirding: Climate, Politics, and Religion, which features more than 50 videos on a wide range of topics such as Climate Change and Coronavirus; What’s the Big Deal with a Few Degrees?; and I’m Not a Tree Hugger.

As she considers climate change occurring around the world, Hayhoe said, she has learned that many of the poorest countries are experiencing the harshest effects.

People in Africa face hunger in regions where drought is now common; lowland countries such as Bangladesh, two-thirds of which is only five meters above sea level, are vulnerable to massive flooding; disease is rampant in places where temperatures are rising and health care resources are limited.

Air pollution is a major problem nearly anywhere you live. We also see massive accumulations of plastic waste in our oceans, the continued pollution of lakes and streams, and the overabundance of waste overwhelming landfills.

With all of this in mind, said Hayhoe, we need to see that climate change and other environmental issues require us to care for the “the least of these” — that is, the people who are poor that live among us and far away. They are often the most vulnerable to the many results of global warming and other environmental and pollution problems.

“Caring for creation is not antithetical to who we are as Christians,” said Hayhoe. “We are called to love one another. God made us responsible for the welfare of every living thing.”

Key to addressing climate change, she said, is to cut carbon emissions — and to do so as quickly as possible.

“We need to put a price on carbon emissions with carbon taxes, something that Canada has already done,” Hayhoe said.

Studies show that many people in the U.S. say that if global warming is happening, it isn’t really happening to them. Needed is a widespread wake-up call to the reality of warming temperatures.

At the same time, though, there are many Christian groups and organizations that see the problem and are mustering their resources to address the fallout — and future problems — coming from global warming.

They are leading initiatives to build wind farms, pushing for expansion of solar power, leading programs to change destructive agricultural practices, and encouraging the use of recycling.

“We can act together as the body of Christ,” said Hayhoe. “We can pray together as a church and a community. We can help others by setting up creation care teams. We can create support groups and do whatever we can about global warming.

“Talk about this. Inspire contagious change. Share the good news about this problem, which we can fix,” said Hayhoe.