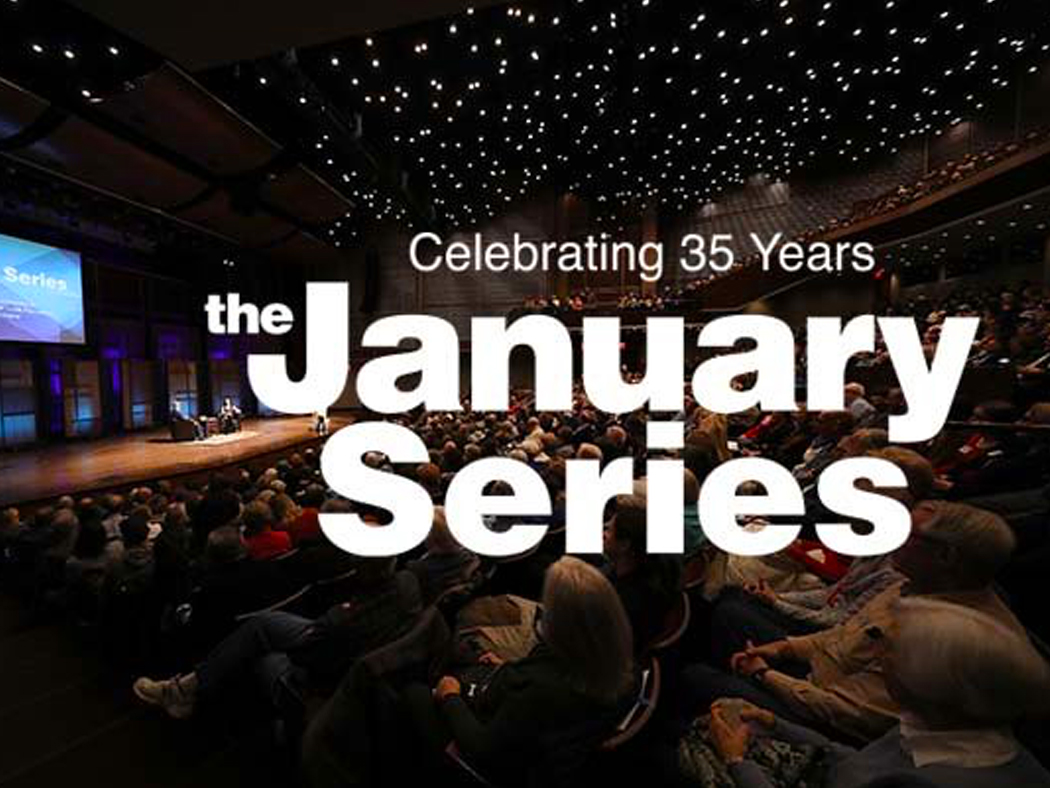 New York Times best-selling authors, a renowned theologian, a retired four-star admiral, and a popular public television host, are among an eclectic lineup who will use the power of story to humanize some of today’s most important and timely issues.

The power of story

A few of the world-renowned storytellers on the 2022 docket, include:

Kristi Potter, director of the January Series, says she’s excited to see how the power of storytelling can help in bridging some of the divides faced in culture today.

“I felt like as we are going through this year, we are going through a lot of stuff. We are still in a pandemic, we still have so much division among us,” said Potter. “But when we listen to one another’s stories it leads to greater understanding, it produces in us empathy, and it positions us better to contribute to the flourishing of society.”

Potter, who has been involved with the January Series for a quarter century and served as the series director since 2007, will be stepping out of that role after 2022. She says it’s time for her to step into a new chapter.

“Over the years, I’ve loved hearing really great stories and then having the ability to share them with a wide audience,” said Potter. “And it is so gratifying to continually hear from attendees who listened to a speaker and learn that the talk broadened their perspective on an issue or infused in them a new passion. That’s why the January Series is so special and why I am confident it will continue to inspire people for many years to come.”

During Potter’s time, the January Series has expanded to reach a worldwide audience through remote webcast locations in over 50 cities throughout the United States, Canada, and Europe. In 2021, the audience expanded even greater with the addition of on-demand virtual viewing reaching a record 98,000 people all over the world.

The January Series runs from 12:30 p.m. to 1:30 p.m. EST Monday through Friday in the Covenant Fine Arts Center on Calvin's campus. In 2022, attendees will also be able to watch and listen to the 15 noontime presentations live at 50+ remote webcast locations. In addition, the daily lectures will be available virtually both live and until midnight PST on the day of each presentation at https://calvin.edu/january