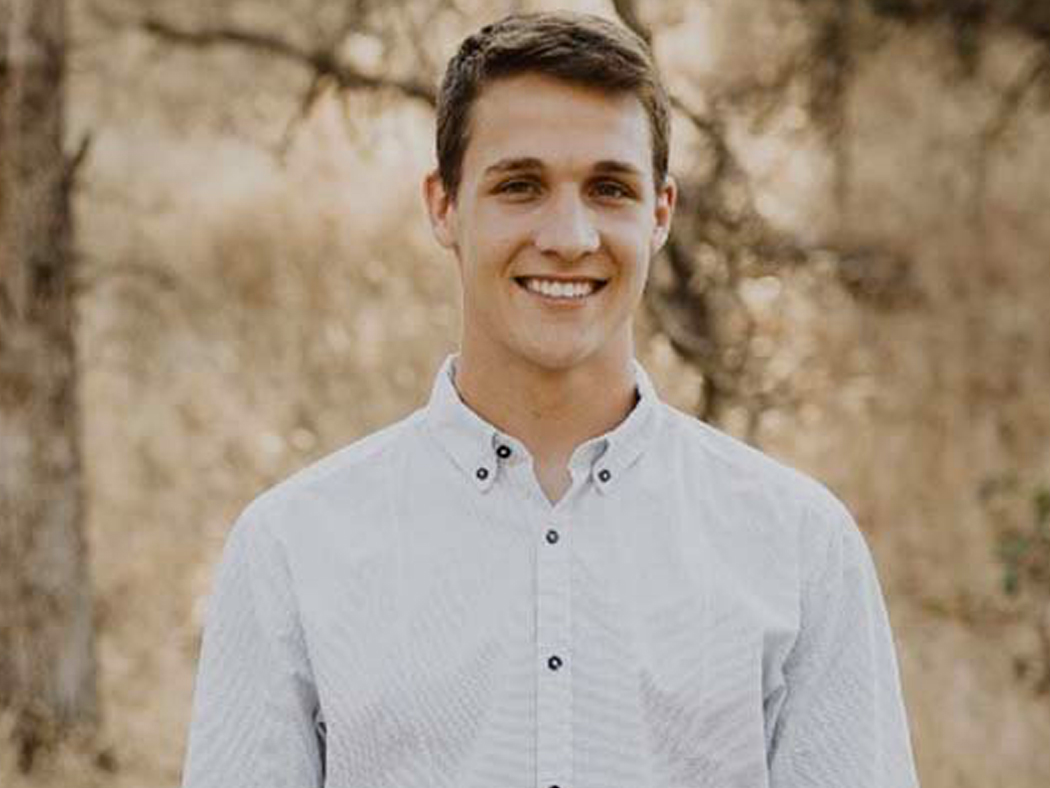 “He lit up the room he was in and there was never a dull moment when Nick was around,” said Jax Heil, Nick Moll’s resident assistant his freshman year. “When he wasn’t there, everyone asked: ‘where’s Nick?’ He was truly the life of the party.”

Nick Moll, 21, a junior at Calvin University, died on Dec. 30, 2021, from injuries sustained in an assault that occurred on Christmas Eve morning in his hometown of Visalia, Calif. Visalia police have arrested a suspect in the case.

“The world lost somebody who truly cannot be replaced,” said Heil.

“He was unlike anyone else you could ever know,” said Joey Snella, a close friend.

Always up for adventure

Nick’s life was full of adventure and spontaneity.

“I could walk into his room and always have a good time. He rarely said no to any idea. He was always ready for an adventure,” said Jacob Siebenga, a close friend.

“You never quite knew what conversation you were going to have with him, said Heil, “and it kept life so interesting.”

Perhaps Nick’s life looked so interesting, because he was so deeply invested in making the most out of it.

“Nick taught me to lean into life,” said Snella.

Finding joy in everything

“He gave every aspect of his life the time and attention that it deserved, no matter how much he was juggling,” said Adrian Van Stee, a close friend.

And he juggled a lot.

“Nick was the type of guy to do lots of things and do them really well,” said Snella.

He worked at times 40 hours a week as a manager at Pet Supplies Plus, took a full credit load at Calvin, played drums in his church band, and took care of the many animals he personally had, including at one time an aquarium full of fish, a habitat of lizards, and a tarantula.

And while he found joy in all of those things, he never shortchanged his friendships and his relationship with his girlfriend Baylee.

“Nick cared deeply for everyone in his life and was always the first to ask me how I was doing or check in on me,” said Van Stee.

“He had a unique care for others I haven’t seen before. He remembered key details about the stories of others,” said Heil.

“The best thing about Nick was that I felt better about myself after meeting with him. That’s a very rare trait for anyone to have, especially for someone who is 20 years old,” said Kevin Vande Streek, co-chair of the kinesiology department at Calvin.

Van De Streek was assigned as Nick’s mentor during his freshman year. The requirement was that Nick meet with Vande Streek three or four times during the first semester. But the two hit it off and continued to meet monthly for the next two-and-a-half years.

“He was so engaging, so I couldn’t wait to meet with him,” said Vande Streek. “It was the highlight of my day.”

The two would consistently talk about faith, school, and family.

“He truly loved his parents,” said Vande Streek. “He spoke so highly of them, and he knew they loved him and supported him—that was something that we talked about a lot—what a great base for a young man to have.”

“I always thought he was going to be a millionaire. His dad taught him a lot about investment and finance stuff while he was in high school, and he loved his accounting classes at Calvin,” said Vande Streek. “He could sell anything to anyone because he always had that happy, smirky grin. It was like he knew something you didn’t know, or he knew something you wanted to know.”

Not an easy road

But his positive demeanor wasn’t because Nick’s life was easy … he just refused to let anything, including his lengthy recovery from a severe car accident in January of 2021, steal his joy.

“Nick had such a positive attitude,” said Debra Snyder, his adviser and one of his accounting professors at Calvin.

“After his accident, he had to attend class virtually, then he had to wear a neck brace to class, but I never heard him complain. He laughed and joked with his friends in class and despite his situation, he stayed engaged.”

“Never once did he complain to me,” said Snell. “Nick will always be remembered as a fighter and a lover of life and people.”

“Nick’s infectious positivity and excitement paired with his deep love for others made him a joy to be around,” said Van Stee.

And that is his legacy, and it lives on through the joy he spread, through the example he left. He found excitement, even in the mundane, and he made people smile.

“All I expected [when I saw him] was to get a hug, a grin, and a story that left me full of joy for the rest of the day,” said Heil.

“I remember meeting with him after he began working at the pet store nearby. As he was leaving my office, I was quite serious in encouraging him to do personal devotions, study hard, and walk on the straight and narrow,” recalls Vande Streek. “He walked to the door to leave and turned around and said, ‘If you ever want to buy a cat, let me know.’ I laughed all day about that.”

“I never once didn’t smile seeing him,” said Snella.

“Nick was a guy who, no matter who you asked, will be remembered by all those he crossed paths with,” said Heil.